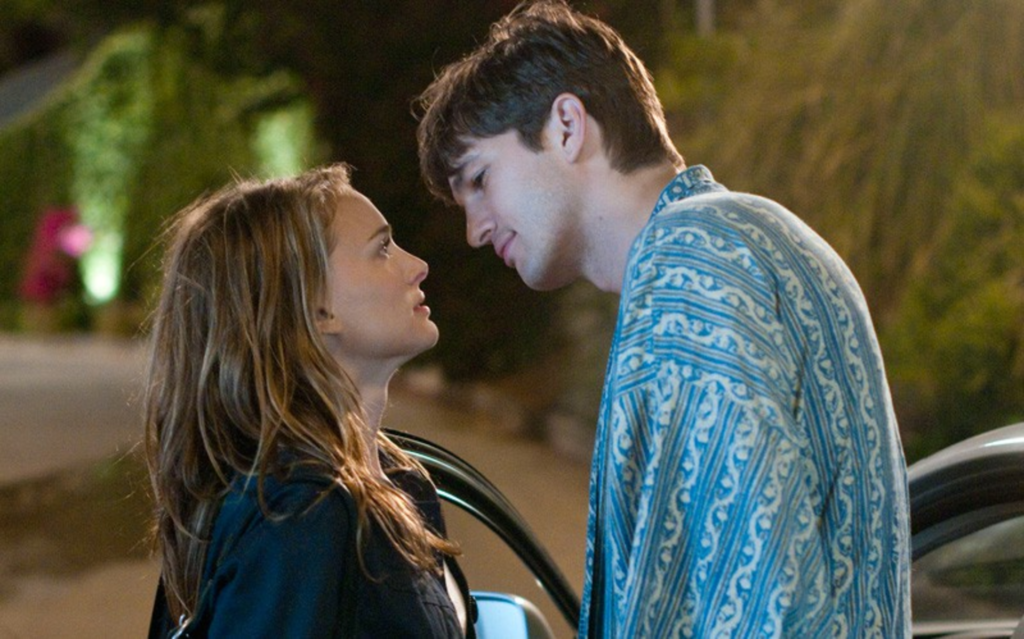 This Ivan Reitman film is narrow in focus: about two people in lust struggling to put away their respective baggage in order to have a real relationship. Adam (Ashton Kutcher) drunkenly texts every girl in his phone and wakes up the next morning at the apartment of medical resident Emma (Natalie Portman). The pair rendezvous during her off hours. The more she insists that she doesn’t believe in romance, the harder he pushes to change her mind.

Adam is such perfect-boyfriend material that the film repeatedly makes a joke of it. And Emma is so unfamiliar with anything like traditional romance that when it comes along, she panics.

Emma’s third-act flight from Adam’s feelings would play as a predictable beat in a rom-com that only tears its lovers apart in order to bring them together again. But here it feels organic, a testament to the difficulty of accepting love at face value in a culture where artificiality is the norm and old-fashioned romance can seem like a suspicious affect.