Nightstream Fest: Jumbo asks you ride the rollercoaster of sexuality 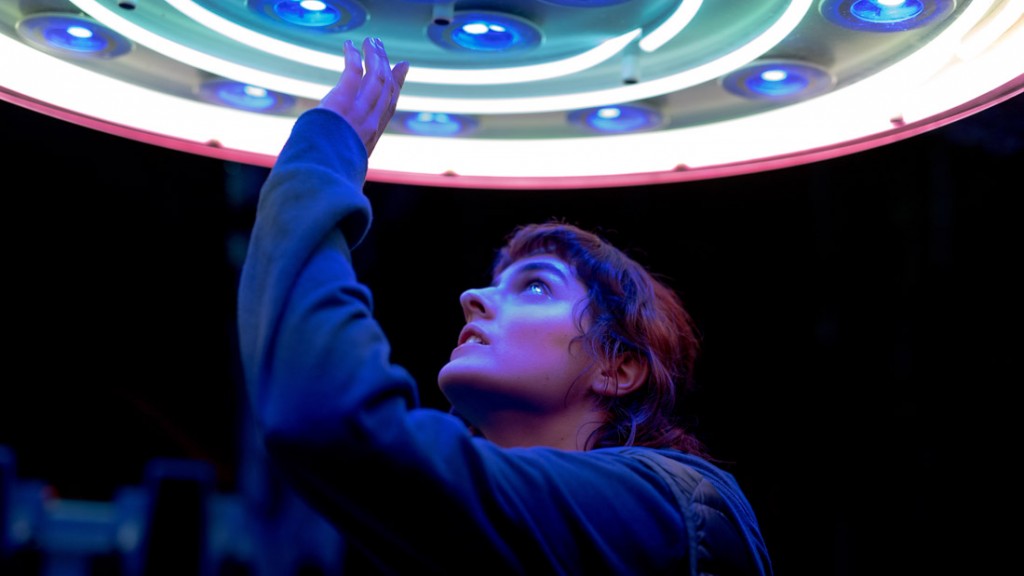 This is a French film about a woman who is sexually attracted to a carnival ride. It is based on a true story. I sobbed through large chunks of it. Yes, all of these statements are true.

Objectophilia is a very real phenomenon. In 2007, for example, a woman married the Eiffel Tower and took its last name. In 2013, an Australian woman married a bridge. In 2010, Woman’s Day magazine profiled people who proclaimed sexual and loving feelings for everything from a Volkswagon to the World Trade Center. If you can play empath enough to put yourselves in the shoes of someone with an unusual relationship with the universe, you can take part in this wild twist on a coming-of-age story. But also, it is worth noting, this is a film about a woman with a sexual attraction to a carnival ride. As sincere and heartbreaking as it can be, it’s equally just so delightfully and hilariously weird, the best version of engaging with the flick is to bring both approaches to the table.

Written and directed by Zoé Wittock, Jumbo tells the tale of a teenager who works a summer job at a local amusement park. When a new ride arrives, she’s entranced by its strange movements. While being pursued by a male higher-up at work, she seeks shelter in a night shift—where she takes on the position of cleaning the new ride. The intimacy of cleaning the individual gears and lights leads our shy protagonist to opening herself up to the power of the universe. And the universe answers back. Soon, the Jumbo ride is spending its evenings delighting her, and wooing her via a secret language of electronic sounds and lights.

All of this hits early in the first act, and where it goes from there is best left as a step-by-step surprise. But it would be impossible to not praise the feature in general. Few things endear me to a piece of cinema quite like cueing up a film with a ridiculous premise and then finding myself absolutely wrecked by it. Jumbo, despite being the tale of a funhouse ride that falls in love, is one of the most human stories you’ll encounter this year.