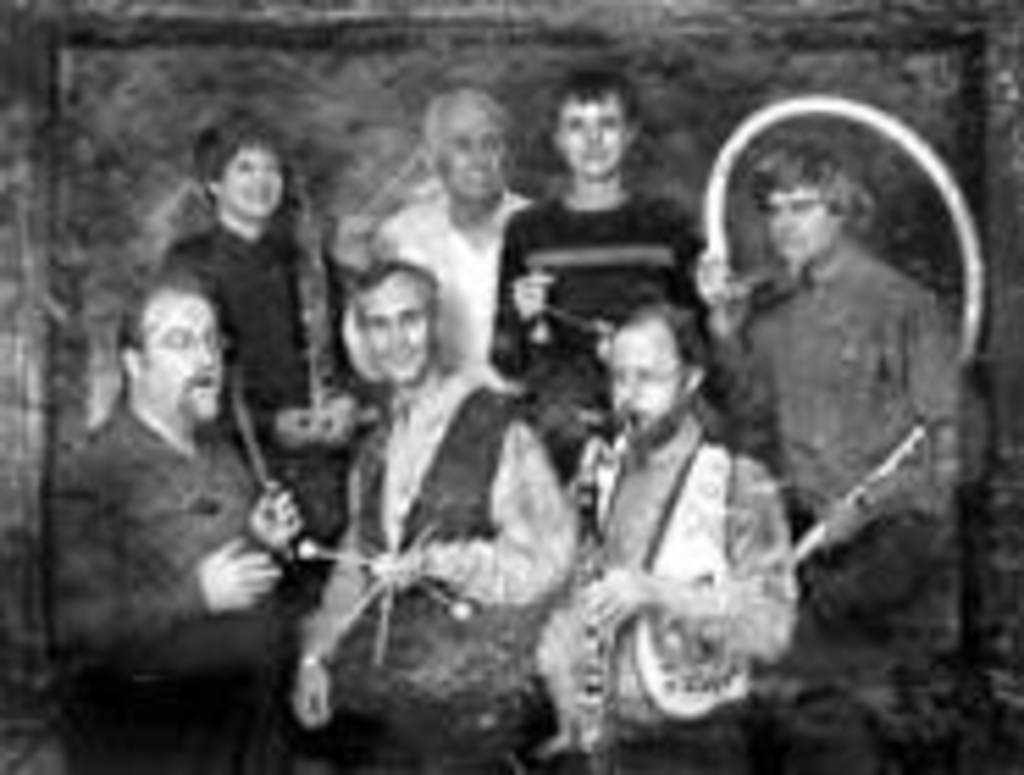 1 Thursday
The members of Hubbard Street Dance are not embarrassed by their troupe’s humble origins — they named their company not for a renowned choreographer but for its original downtown Chicago address. Founder Lou Conte wanted only to start a tap school. But when his dancers performed in such venues as retirement homes and his own style began to evolve, audiences demanded more from this innovative team. From those modest beginnings, Hubbard Street Dance has risen to international acclaim, performing recent stints in faraway places such as Paris and prompting a New York Times reviewer to suggest the company “bottle itself as a cure for the ills of the era.” Tonight at 7:30, dancers take the stage at KU’s Lied Center (15th and Crestline in Lawrence). Tickets cost $22 to $27. For more information, call 785-864-2787.

2 Friday
The phrase “seeing-eye” makes irrefutable sense. But the phrase Seeing Ear — the title of tonight’s newEar concert — is difficult to comprehend. What director Paul Rudy had in mind was a night of music that would encourage listeners to make visual associations. The program’s first piece was composed by Jonty Harrison, who has recorded familiar sounds — a rainstorm, a pingpong match — which he then plays alongside unrecognizable sounds, allowing listeners to project memories of stormy skies and pingpong balls against a backdrop of mood and atmosphere. Slippage 1.1, composed by Dwight Frizzell and Thomas Aber, is a musical response to paintings by Warren Rosser. In his paintings, Rosser repeats figures with slight variations to suggest movement. The musicians hope to recreate the visual effects of Rosser’s paintings in listeners’ minds through a process called a creative feedback loop (images inspire music that creates new images). The show starts at 7:15 p.m. at St. Mary’s Episcopal Church, 13th and Holmes. For more information, call 816-235-2940.

3 Saturday
There is just one new art exhibit in the Crossroads District this weekend, but it’s worth the trip: John Folsom‘s Altered Arcadia at the Blue Gallery (7 West 19th Street). Folsom photographs landscapes that have been altered for human use — stretches of land where roads have been paved and ponds have been created. He’s noticed that these landscapes have a linear quality, which may be why he prints his photographs on grids. However, when he paints over the photographs with oil and wax, the prints take on a luminous quality that transcends the rigidity of the grid, proving — whether the artist intended it or not — that the pastoral arcadia may be superimposed on a bunch of right angles, but the organic composition of the landscape curves around every jagged edge. The Blue Gallery is open until 10 tonight. For more information, call 816-527-0823.

4 Sunday
Just one short year ago, Americans were embarrassed to discover that the basis of democracy — that is, voting — had failed to get in shape for the big day. Our national election turned out to be a lagging, month-long limp to the finish line, with so many stops and helping hands that it was easy to wonder whether both runners might be disqualified. From sea to shining sea, we vowed to get the electoral process toned up for the year 2004. But now our attention has shifted from ballot punches to powdery white substances. This morning, Sharon Turner, democratic director of elections for the Kansas City Board of Election Commissioners, addresses the challenge to democracy with the discussion Election Reform: Is It Still a Priority? The talk begins at 10 a.m. at All Souls Unitarian Universalist Church (4501 Walnut). For more information, call 816-523-7666.

5 Monday
As The White Stripes and Royal Trux have proved, duos can rock as hard as trios and quartets. For some reason, having one male member and one female member seems mandatory for ensuring a massive two-person attack. Jucifer, composed of singer/guitarist Amber Valentine and drummer Ed Livengood, dutifully fits the bill. Valentine’s wispy vocals apply a soothing balm to listeners’ ears, counteracting the duo’s brain-jarring guitar sound and drumbeats. Make sure your earplugs are firmly in place before entering The Hurricane, where Jucifer will be joined by fellow unholy-racket-makers Cutthroats 9 and invigorating rock revivalists Vue. For more information, call 816-753-0884.

6 Tuesday
Today kicks off the twelfth annual Bad Film Festival (subtitled 2001: A Space Travesty), which claims to “go badly where no other film series has gone before.” Some of the offerings could actually be interesting glimpses of dated attitudes now evident only in culture’s giant trash can. It’s OK to laugh at things that weren’t intended to be funny, so we won’t dismiss movies like Conquest of Space, showing at 6 p.m. at the Kansas City, Kansas, Public Library (625 Minnesota Avenue). This is the oldest of Kansas City’s many film festivals devoted to kitsch. Just last Saturday, audiences at the Fine Arts Theater watched Hercules in a Haunted World as part of the new Psychotronic Film Festival, which advertises campy, cheesy late-night cinema. Recognizing that the market for bad movies is a bit flooded these days, the Big Jeter A/V Club, which also plays its films at the Fine Arts, plans to make a major switch to good movies (after its next meeting, which will encourage audiences to laugh at movie robots). As head-man Gary Huggins says, “Laughing at garbage should be like a burp, not breathing.” So when laughing at bad movies, remember that good movies are a healthy alternative. And choose wisely: You are what you see. For more information, call 913-551-3280.

7 Wednesday
Poetry readings are usually held in coffee shops or book stores, but given the high incidence of alcoholism among writers, maybe holding poetry readings in a bar — where shots of whiskey stand in for shots of espresso — isn’t a bad idea. It seems to be working at 50/50 on Main, anyway. While most poetry readings brook just a dribble of poets who show up to read (often the same ones again and again), 50/50 on Main’s Wednesday night programs bring a not-too-bad fifteen to twenty people a week. Open-mic poetry readings start at 8 p.m. at 3947 Main Street. For more information, call 816-931-7940.