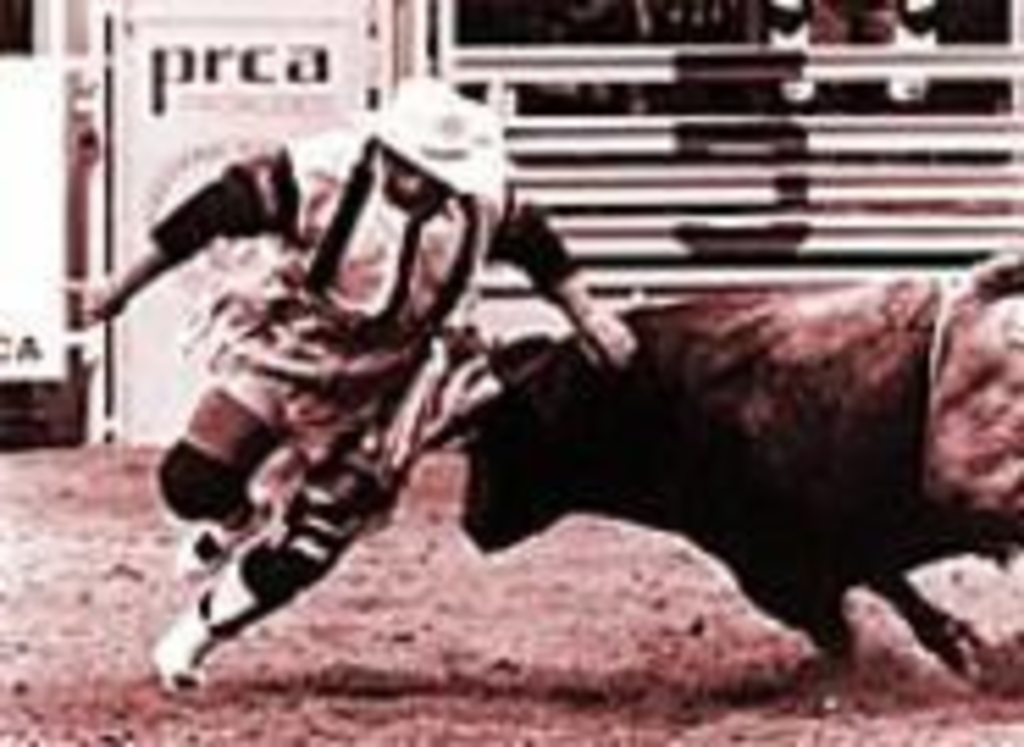 Giddyap! The 41st (this thing has been going on for a gol’darn long time) annual Abdallah Shrine Rodeo gallops into Kemper Arena today, where it will set up camp through Saturday. The Abdallah isn’t some ordinary rodeo; it’s part of the Professional Rodeo Cowboy Association (PRCA), and these cattle-tackling, Brahman bull-riding, steer-wrestling cowgirls and -boys aren’t messing around. (Plus, it’s the largest Shrine rodeo in North America.) In addition to the main rodeo action, several events entertain those who don’t want to just sit in the grandstands and watch. During the Wild Horse Race, people who aren’t cowboys but wanna be can pretend for 15 minutes; games, clowns, food, and all of those other western wonders are available too. Tickets are $8 to $12. Activities begin at 7 nightly. For more information, call 913-362-1293.

Pop-alternative has taken over the nation. Just like hair bands weaved through the ’80s leaving no stadium unturned, the music in 2000 still shows the influence of such ’90s acts as Ugly Kid Joe, Days of the New, Hootie and the Blowfish, and Counting Crows. Oklahoma City natives The Nixons will remind patrons at the Beaumont Club tonight that the Hootie genre is far from dead — but that doesn’t make them crooks. The Nixons will perform their hit single, “Sister,” as well as songs from their new album, Latest Thing, tonight at a free show to benefit muscular dystrophy. No one under 21 will be allowed to enter. The Beaumont is located at 4050 Pennsylvania. For more information, call 816-561-2668.

If you run in the right sax circles, you know who Bobby Watson is. If not, here’s some down-low on the alto: A Lawrence native, Watson headed to one of the nation’s best-known jazz schools, the University of Miami, where he graduated in 1975 alongside Bruce Hornsby and Danny Gottlieb. After kickin’ it with the “Mandolin Rain” king, busting out CDs (one of which The New York Times called “one of those perfect albums”), and composing music for the movie A Bronx Tale, Watson is coming back to his childhood stomping grounds, where he’ll appear today at 6:30 p.m. at Union Station for “Generations of Jazz,” a celebration of Kansas City’s jazz history. Prior to Watson’s performance (with Ahmad Alaadeen and students from Paseo Academy of Visual and Performing Arts), local jazz historians, critics, and performers will host a panel discussion from 5 to 6. Also at 5 p.m., children can attend a master class on how to “Get In-Tune with Music.” For your fill of jazz, Union Station is located at 30 W. Pershing Road. For more information, call 816-460-2000.

Lawrence is known for its Civil War history and has been called the birthplace of the civil war; in 1854 the Kansas-Nebraska Act opened Kansas territory for settlement and gave settlers the chance to vote on whether Kansas would enter the Union as a slave state or a free state. This ballot issue set the stage for a war between Missourians who were pro-slavery and Kansas’ abolitionist settlers from the East. This civil war began five years before the war started in the eastern states. Every August for the past five years, Lawrence has acknowledged this history with the Civil War on the Western Frontier, an event that began August 10 and continues through August 21. Today’s events include children’s outdoor games of the Civil War (Americans and English, Duck Stone) from 9:30 a.m. to 11 a.m. and the “Women’s Dress-Out,” a chance to put on 1860s clothing, from 1 to 2 p.m. For more information, call the Lawrence Visitor’s Center at 785-865-4499.

Who would have thought that a bunch of butterflies would be able to organize a festival? But they have. The fourth annual Powell Gardens Festival of Butterflies began Friday, August 18, and ends today. Being the largest butterfly event in the world, the festival might prompt one to wonder, “What exactly does one do at butterfly festival?” The biggest part of the event is walking through hundreds of live butterflies (Monarchs, Swallowtails, Red-Spotted Purple, Painted Lady) in the Martha Jane Phillips Starr Butterfly Conservatory. To get the butterflies there, people transport more than 2,000 pupa from Texas and Florida; two weeks after arrival at Powell Gardens the pupa hatch and wait for butterfly voyeurs. Other parts of the exhibit include the Butterfly Breezeway, which houses locally raised butterflies; the Giant Topiary Exhibit, which includes a 10-foot butterfly and a 10-foot caterpillar; lectures; and kids’ activities. Admission is $6.50 for adults, $5.50 for seniors, and $2.50 for children. Powell Gardens is located at 1609 N.W. Highway 50 in Kingsville, Missouri. The festival takes place from 9 a.m. to 6 p.m. For more information, call 816-697-2600.

It’s a musical, it’s a dance revue, it’s a comedy, it’s a time line, it’s … Fosse. This show combines all of these aspects to pay tribute to Bob Fosse, that well-known director and choreographer whose career spanned five decades, from the ’40s through the ’80s. Fosse’s work incorporated dance, tap, jazz, swing, ballet — if it had a beat, it was in his repertoire. Fosse acted, directed films, choreographed Broadway musicals, and danced his way into receiving Oscars, Tonys, Emmys, and a Pulitzer Prize. His works include Cabaret, The Little Prince, How to Succeed in Business Without Really Trying, and Pippin. The list goes on and on, but Fosse will be at Starlight Theatre, 4600 Starlight Road, today through August 27 only. All shows are at 8:30 p.m. For more information, call 816-363-STAR.

The UniverSoul Circus brings to Kansas City New Soul 2000, a five-day event that brings a whole new look under the big top. New Soul has a lineup of African-American and Latin-American circus acts that perform their stunts to the sounds of hip-hop, gospel, R&B, salsa, and Caribbean music. It’s urban circus with a beat. Acts include acrobatic troupes, contortionists, hair hangers, and other feats of movement that would break most people. The UniverSoul Circus begins tonight at 7:30 at Benjamin Plaza, 8938 Hillcrest Road. August 24 and 25, events begin at 10:30 a.m. and 7:30 p.m. Show times on August 26 and 27 are at noon, 3:30 p.m., and 6:30 p.m. Tickets range from $9 to $25. For more information, call 800-316-7439.