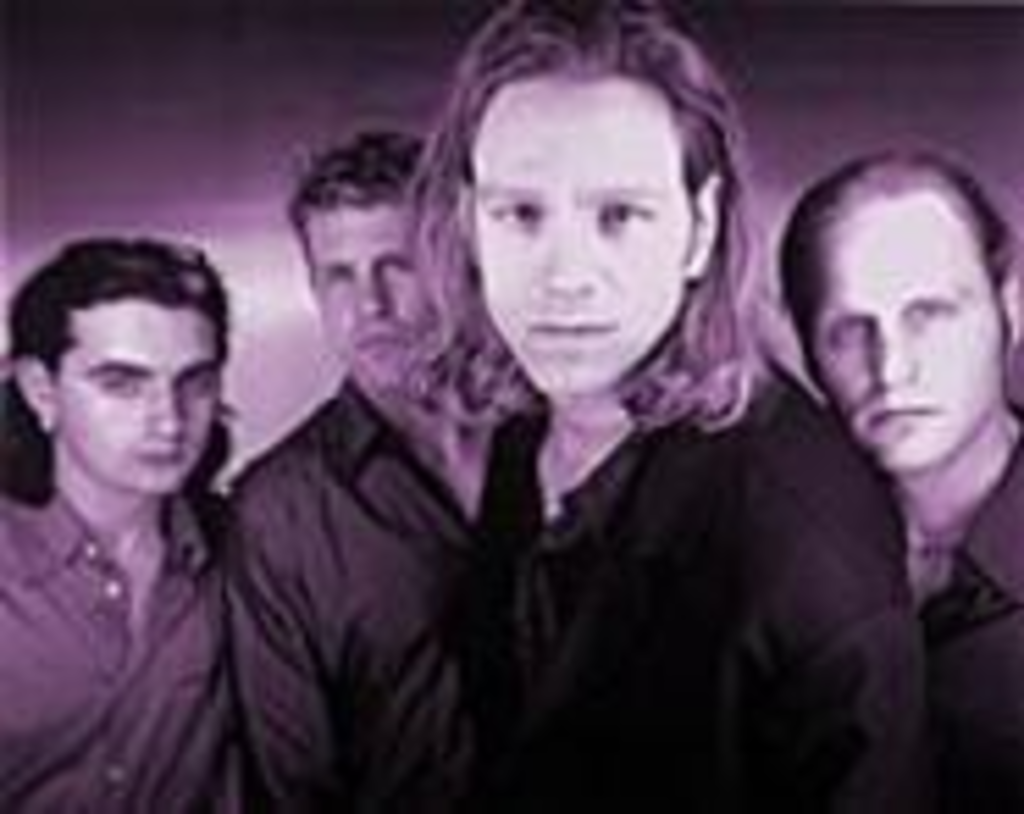 While vacationing in the Caribbean, Bob Whelan came up with a name for the band he fronts. He was sitting at a restaurant with his brother, arguing about what to call his band. A voice from across the bar yelled, “Call it Angry Salad.” Whelan looked up to see the unmistakable Freddie Mercury. The name stuck, and the group was destined for fame. The catchy pop-rock band might be reminiscent of Deep Blue Something (“Breakfast at Tiffany’s”) with its catchy lyrics and poppy riffs, but the lyrics are smart. These raging vegetables will be at the Hurricane, 4048 Broadway, tonight performing such songs off their debut, self-titled album as “The Milkshake Song,” a simple, giddy song about kissing one’s girlfriend, or “How Does it Feel to Kill,” a question posed to Tricky Dick, LBJ, and Ho Chi Minh. They’ll perform with The Samples; be there by 9 p.m. For more information, call 816-753-0884.

It’s hard to imagine a person in this city who doesn’t know someone who is a Trekkie of some sort or a sci-fi fan of one flavor or another. Slanted Fedora Entertainment is providing an outlet for the hundreds of people who would love to see characters from Star Trek, Star Wars, Batman, Babylon 5, Xena, and Lost in Space, among others. This outlet is called Kansas City’s Fall Science Fiction Convention, which celebrates past and present science fiction television shows and feature films. Stars making appearances include: Deep Space 9‘s Colm Meaney, Nana Visitor, and Alexander Siddig; Babylon 5‘s Claudia Christian and Robert Krimmer; Star Wars‘ Kenny Baker; and Xena‘s Alexandra Tydings. Leonard Nimoy also will poke his ears around the American Heartland Theatre as he and John de Lancie (Q from Star Trek) perform Spock Meets Q. The convention begins today at the Hyatt Regency at Crown Center, 2450 Grand, from 1 p.m. to 8 p.m. and continues Saturday, August 26, 10 a.m. until 6 p.m. and Sunday, August 27,10 a.m. until 6 p.m. Then fans can catch Spock and Q on Sunday, August 27, and Monday, August 28, at 8 p.m. Tickets range from $30 to $175. For more information, call 913-327-TREK.

The Valentine neighborhood is usually pretty quiet: At night, the only sounds you’ll hear are faint sirens and screeches from Southwest Trafficway or Broadway. If you go for a walk, you’ll see one of the many Valentine volunteers driving the neighborhood patrol car looking for anything that seems awry. But today, the buzz and whir of screeching tires will come from the hundreds of people who will be checking out the annual Valentine Garage Sale and Festival. The sale will take place this year at 3775 Washington, 9 a.m. sharp. This official sale is a fundraiser for the Valentine Neighborhood Association, which has collected all kinds of hidden treasures from neighborhood pack rats, while other residents will hold their own sales at their homes. There will also be live music on Valentine Road, food and drink booths, and games for the kids. The fun ends at 3 p.m. For more information, call 816-531-6817.

There’s nothing wrong with watching an art film alone, but Westport’s Film Chat Room wants to give everyone the chance to join its ensemble, which views art films and then engages in “dialogue that stirs the heart and mind.” Today the Chat Room is hosting Tumbleweeds, a story inspired by co-writer Angela Shelton’s childhood memoirs about her relationship with her unconventional mother. The title comes from one of her memories: “My mother used to get out of her car and chase tumbleweeds. And she grabbed one once; she actually caught it. She had it in a big bear hug and then she let out this howl, because a tumbleweed is all prickly. I was 13, and I thought that was so funny: ‘Oh, God, this is exactly what my mother does.’ Because she’d chase after these men and then she’d get them and it wouldn’t work out.” See this winner of the 1999 Sundance Film Festival’s Filmmakers Trophy today at 6:30 p.m. at the Westport Presbyterian Church at 201 Westport Road. For more information, call 816-931-1032.

The Sweet Adelines International is a worldwide organization of women singers who are committed to advancing the musical art form of barbershop harmony. Though today it might seem silly, this group had to overcome a pre-feminist world to do what it wanted to do. It was the dawn of the baby boom era, 1945, when Edna Mae Anderson of Tulsa, Oklahoma, invited a few women over to her house to have some fun singing. The newspaper on that July day had only two requirements: “The meetings will be for women only, and no prima donnas are wanted.” It also said that the Sweet Adelines would be “all for fun, and we want plenty of members who are interested in having a good time and who enjoy singing.” Well, Edna didn’t know it then, but she had created an organization that would outgrow Oklahoma and outlive her. The Kansas City area has more than a dozen Sweet Adelines chapters, including the City of Fountains Chorus, which opens its doors tonight to any woman who is interested in learning more about and participating in this style of singing. Aspiring Adelines can join in tonight as they raise their voices in song from 7 to 9:30 at the Atonement Church, 9948 Metcalf in Overland Park. For more information, call 816-765-1911.

The National Council of La Raza (NCLR) formed in 1968 to improve life opportunities for Americans of Hispanic descent. They figured it was time to address problems of discrimination and poverty in the Hispanic community. Today the organization is still going strong, keeping its eyes on that illustrious goal, equality. Today Henry Pacheco, MD, of the NCLR of Washington, D.C., will discuss healthcare issues for Latino/ Hispanic women and infants at Kansas City’s Healthy Start Multicultural Breakfast Club Conference Series. He will be at UMKC’s University Center Pierson Hall, 5000 Holmes, from 7:30 to 10:30 a.m. For more information, call 816-235-1762.

Everybody huddle! The Missouri Voters for Fair Elections wants Kansas Citians to huddle up and listen to the plays. The main audible is this: Citizens need to understand the ins and outs of the campaign game. The Fair Elections folk work toward limiting the cost and the length of campaigns, leveling the playing field by eliminating private money donations, and reducing the power of special interest groups in elections. Those who would like to volunteer to help with Fair Elections should be at Local 27 Asbestos Workers Hall, 400 S. Main Street in Independence tonight at 6, where attendees will brainstorm ways to tackle the opposition: wealthy special interest groups. For more information, call 816-931-6996.