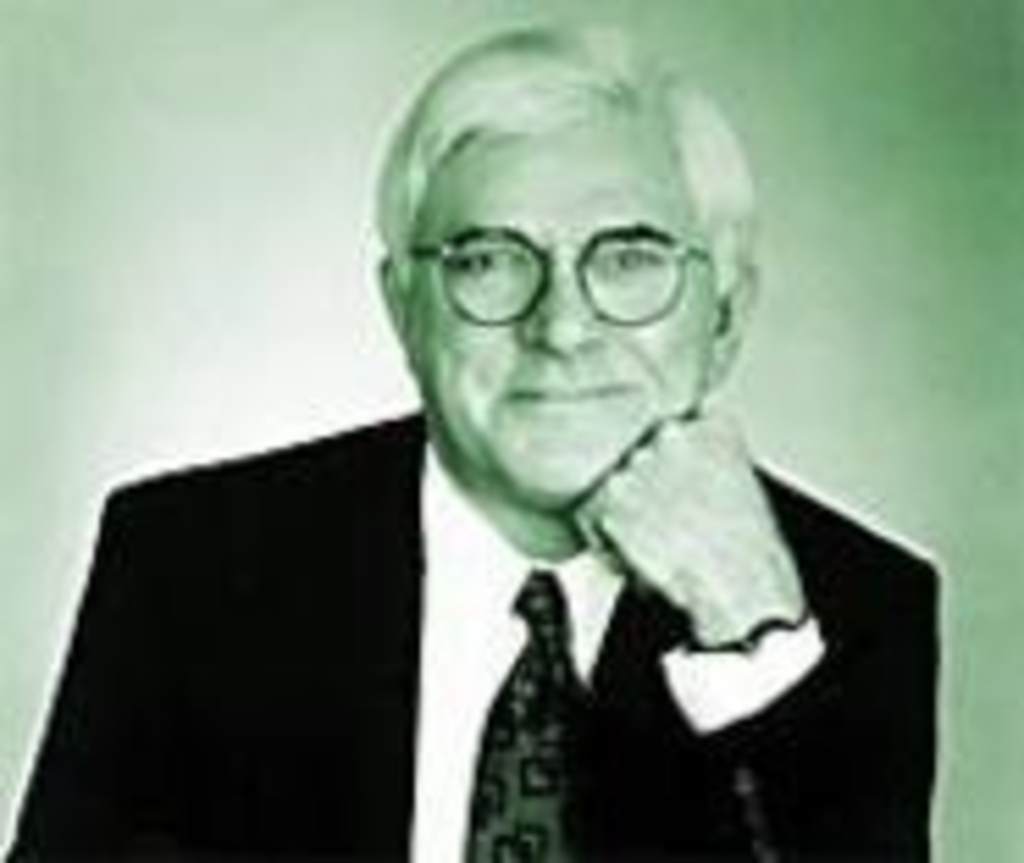 Occasionally, touring life necessitates traveling with a band with which one shares little more than a label and a creative spirit. For example, the Black Heart Procession, a group known for its bleak, moody compositions, will share The Bottleneck’s stage in Lawrence Thursday night with Man or Astroman?, noted space-rock goofballs. But for emotional cleansing, it’s hard to pass up an evening that follows complex expressions of depression and disillusionment with perky surf-guitar riffs and amusing costumes. For more information, call 785-842-LIVE.

For an unfortunate number of teen stars, early success leads to substance abuse and/or a life of crime (see any number of ’80s sitcom players), roles of dwindling importance (seen Macaulay Culkin lately?), and, most lamentably, a descent into total obscurity (Tiffany, anyone?). Yet, a few survive the turmoil, then thrive. Drew Barrymore has evolved from a fallen angel to a Charlie’s Angel, and Sammy Kershaw, who played roadhouses in his early teens to support his family and later developed addiction problems after hard-living tours with the likes of George Jones and Merle Haggard, kicked his habits cold turkey in 1990 before becoming a mature, full-fledged headlining attraction. See the country crooner behind such contemplative ballads as “Love of My Life” as well as such upbeat romps as “Queen of My DoubleWide Trailer” when Kershaw plays to win at Station Casino. For more information, call 816-414-7000.

During his recent appearance in Kansas City, Jello Biafra challenged Al Gore, claiming the presidential candidate’s record on environmental issues wasn’t so hot if you looked at his record instead of his “puff book.” Yet no one is about to question singer/songwriter Andrew McKnight’s devotion to nature. This one-time environmental engineer infuses his soulful folk tunes with environmental advocacy. McKnight’s Earth-first agenda and his smooth country-influenced vocals will be on display at the Ecumenical Christian Ministries Building, 1204 Oread in Lawrence, on Saturday night. For more information, call 785-865-FOLK.

Did you know that Lenexa is the Spinach Capital of the World? It’s true; the City of Lenexa says the suburb produced a whole lot of spinach during the ’30s, and its leaders want to celebrate that accomplishment. The 17th annual Lenexa Spinach Festival begins today at Sar-Ko-Par Trails Park at 87th & Lackman Road at 9 a.m. The event lasts until 5 p.m. with arts and craft booths, games, entertainment, historic presentations, and lots more in between. Admission is a mere $1. For more information, call 913-541-0135.

In this election year, “It’s My Party” is a perfect topic for this week’s Forum at All Souls, and we can all cry if we want to. The rhetoric is nonstop. America has been volleyed to and fro by purposes, platforms, and plans of the Republicans and Democrats. It’s time to try to clear the air and give someone else a chance to speak. The forum, a weekly event open to the public as a means of discussing various political issues, is giving the microphone to somebody else. Today at 10 a.m. attendees will listen to representatives of the Green, Reform, and Libertarian parties present the alternative ideas, methods, and goals their parties offer. A Q&A session will follow the forum. All Souls is located at 4501 Walnut. For more information, call 913-676-6377 or 816-523-7666.

Phil Donahue, the king of the gossip-TV airwaves for 29 years before his show finally received the TV guillotine in ’96, made his last memorable move in November, when he tried to convince CNN to allow him to host a live execution so that the public would witness for itself the process by which convicted murderers are put to death. The issues are a little less controversial when Donahue comes to town today to help Christmas in October, a volunteer organization that rehabilitates houses of low-income homeowners, raise money. It particularly needs it after a fire last month decimated its entire warehouse of supplies. Donahue will host the seventh annual Christmas in October Open at Milburn Golf and Country Club in Overland Park today at 10:30 a.m., where he’ll swing his 9-iron for the cause. For more information, call 816-531-5259.

As the Three Musketeers of the guitar world, the California Guitar Trio makes three acoustic guitars sound like alternative symphony. On its latest CD, Rocks the West, the trio plays original pieces, spices up Beethoven’s Fifth Symphony, and gives Queen’s “Bohemian Rhapsody” a well-deserved Valium — and it’s all as tight as Freddie Mercury’s ass. Bert Lams, Hideo Moriya, and Paul Richards, who comprise the trio, were classically trained but heavily influenced by such rockers as Yes, Grand Funk Railroad, John Coltrane, and Jimi Hendrix. Their mix of classical, rock, and surf keeps listeners hooked with featherlike plucks, explosive strums, and a joke to make the audience laugh. The Trio will be at Westport Coffee House, 4010 Pennsylvania, tonight at 7:30 and 9. If you miss them tonight, see them at The Jazzhaus, 926 Massachusetts in Lawrence, at 10 p.m. tomorrow. For more information, call the Westport Coffee House at 816-756-3221 or The Jazzhaus at 785-749-3320.

It’s become a punchline, of sorts, Riverdance has. But it keeps raking in the dough and inspiring booking agents worldwide to hand over their stages. Why? This Irish song and dance phenomenon keeps its audiences out of breath. Maybe it’s the utter force and energy of the dancing, maybe it’s the rapture of the music, or maybe it’s the fantastic sight of all those bodies in motion. Whatever, folks here in Kansas City are rushing to buy their tickets, which start at $51 and go up to $61. The weeklong run began yesterday and continues through Sunday, September 17. Let the Riverdance current sweep you away tonight at 8 at the Music Hall, 13th & Central. For tickets, call 816-931-3330.