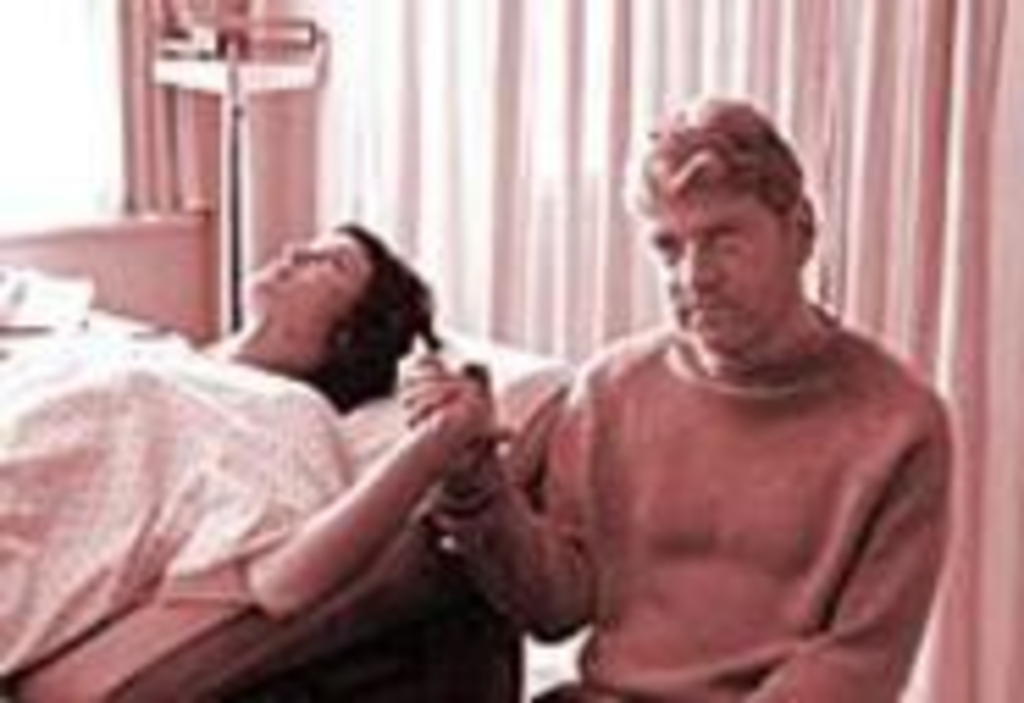 7 Thursday
How to Kill Your Neighbor’s Dog sounds like a movie for the sardonic cinephile. However, it’s one of those films that could go either way, which may be all the more incentive to see it firsthand: A playwright (Kenneth Branagh) and his wife (Robin Wright Penn) are trying to have a baby, but the wife suspects that her husband isn’t particularly enthused by the prospect of fatherhood. When he befriends an 8-year-old girl in the neighborhood to practice his baby talk, the two form an unexpected bond based on their mutual annoyance at the barking of a local dog. His wife watches these developments with a smile. The audience is probably supposed to watch with a smile, too. Critics liken the humor to Woody Allen’s — not a bad sign. And this advance screening brings director Michael Kalesniko, who cowrote Howard Stern’s Private Parts, to town. With credentials like that, his directorial debut is hardly in doubt. Tickets to tonight’s 7:30 showing, which is this month’s Indy Film Showcase at the Tivoli Theater, 4050 Pennsylvania, cost $6. For more information, call 913-649-0244.

8 Friday
Jyung Mee Park, whose artwork is on display at Grand Arts as part of the De Tempore exhibit, wastes not her materials. Park uses a magnifying glass to create burn marks on wooden bowls and discs, then takes the leftover wood scraps, burns them, and uses the ash for drawings. Other artists included in the show are Tara Donovan, who creates art out of found industrial objects (in this case cash-register tape that she’s unraveled and re-raveled), and Achim Mohne, whose work is a blank record that, over time, collects dust and produces more and more sound. The record’s cracklings are surprisingly audible as the exhibit approaches its final week. Grand Arts, 1819 Grand Boulevard, is open today from 10 a.m. to 5 p.m. For more information, call 816-421-6887.

Kathy Kelley, cofounder of Voices in the Wilderness — A Campaign to End the U.N./U.S. Economic Sanctions Against the People of Iraq, speaks at All Souls Unitarian Universalist Church, 4501 Walnut, at 5 this evening. After the presentation, a funeral procession for Iraqis who have died from living in squalor moves silently through the Plaza, beginning at 6:30 at the fountain at the corner of W. 47th Street and J.C Nichols Parkway. Shoppers, diners, and carriage riders startled by the sight of coffins on the Plaza on a Saturday night can rest assured that the procession is symbolic. For more information, call 816-756-1858, ext. 531.

10 Sunday
The University of Missouri-Kansas City Department of Theatre’s production of Mad Forest takes to the stage this afternoon as a play. Or a video montage. Or a docudrama. Caryl Churchill’s 1990 play about the Romanian uprising that supposedly transformed the country is being delivered much like a traditional theatrical performance — that is, live on stage. But because many of the play’s events were chronicled by television journalists, the theater department decided to incorporate video footage and use a live camera, creating an overwhelming — but appropriate, considering the subject matter — sense of chaos. Further confusing matters, one of the more than 40 characters listed in the program is Gabriel the dog, played by a human. This final performance of Mad Forest takes place at 2 p.m. in Studio 116 at the Performing Arts Center, 4949 Cherry. For more information, call 816-235-2700.

Visitors inclined to check out Downtown Neon & Gallery at 1919 Wyandotte should be prepared for the fact that they’ll be instructed to use the side entrance, which opens up to the artist’s workshop, where torches are aflame and work is in progress. Thomas Cobain runs the gallery, and since he’s in and out a lot, he recommends that patrons call first, but he’s always happy to show people around. The current display includes a vintage Beatles holiday concert poster framed with red neon, a vintage sled on neon ice and snow, a “Peace to You” candle that gathers wax at the base of the neon design, and a neon bough of holly sign that lights up when visitors pedal a red bicycle. A campy flashing neon fireplace adds warm ambience. Cobain has, however, left a few pieces on display that have nothing to do with the holidays — he was afraid that a whole holiday show could get cheesy. For more information, call 816-472-1190.

13 Wednesday
Soophie Nun Squad released an album titled The Devil, The Metal, but this Arkansas group has never been closer to either element than it will be when it joins Kansas City’s Descension at El Torreon, 31st and Gilham. Hell’s most theatrical delegates are performing a rare non-headlining gig, so the full army of zombies will be absent and the blood of the nonbelievers will flow at a relative trickle, but the band’s bludgeoning dark-metal attack will redefine “heavy” for an audience of wide-eyed punks. Washington, D.C., hardcore veterans Good Clean Fun headline this show; Sobriety Check, featuring members of Lost Pride and the irrepressible Short Bus Kids, opens the festivities. For additional details, call 816-419-7278.