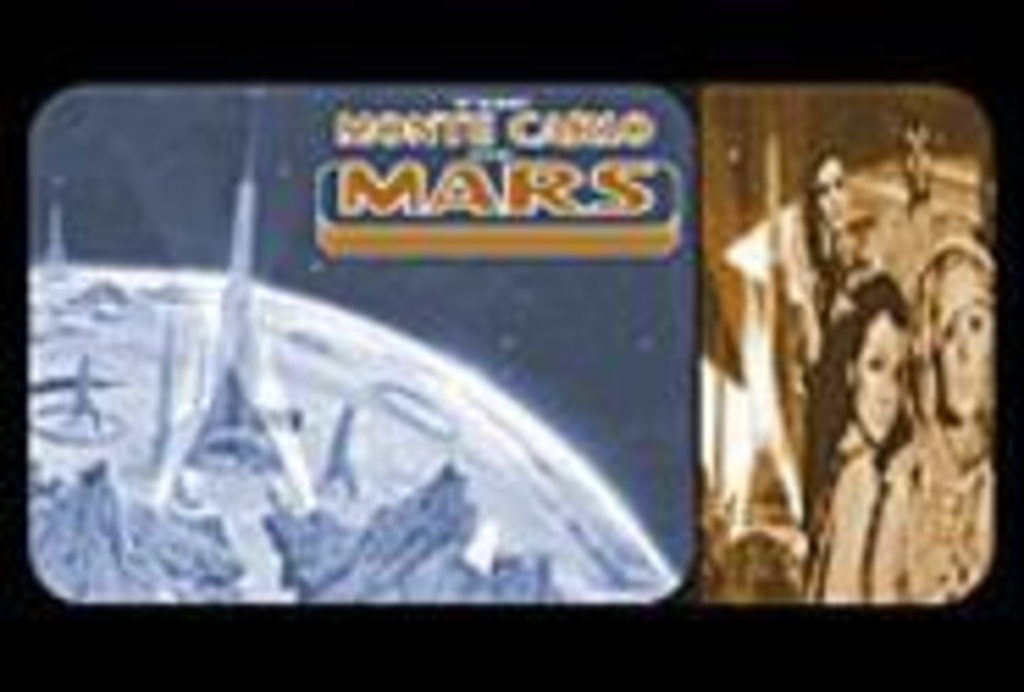 05 Thursday
The Kansas City Filmmakers Jubilee 2001 continues tonight at Tivoli Cinemas, 4050 Pennsylvania, where several local filmmakers display animated shorts (that’s short movies that are animated, not summer garments that move about on their own); the festival gets under way at 7:30, and early arrivals are encouraged not to argue with doorman Bob Smith, recognizable by his debonair gait, when he says it’s too early to go inside. He won’t budge, nor will he hesitate to calmly and politely embarrass impatient festivalgoers, so tonight of all nights, patience is not only a virtue, it’s essential. Among the movies being shown is MK12 Productions’ President Steve Elvis America and the Terrible Cosmic Death. When this selection begins, audience members should immediately toss the patience they’ve just exercised at the door aside. The movie lasts only seven minutes, and the characters all talk really, really fast. Viewers planning on assuming Sunday-driver pace while watching this one will find that the plot has mercilessly run them to the side of the road before they can say “hot god damn!” (a recurring line from the movie). For more information on this or other Kansas City Filmmakers’ Jubilee events, call 913-649-0244.

06 Friday
Love can be governed by a number of bodily organs. Everybody seems happy (if not thrilled) when it’s ruled by those above and not below the waist. However, that limits us to only two options: heart and brain. Tonight’s performances of The Love Course, Mr. Happiness and Barry, Betty and Bill are definitely on the brainy side. Beginning at 8 at Just Off Broadway Theatre, 3051 Central, TBA Players perform short comedic selections depicting scenarios including a college course on the literature of love that causes co-professors butt heads and a romantic evening shared by Bill (who wants Betty) and Betty (who wants her husband, Barry, to chase after her). Tickets cost $8. For more information, call 816-235-2700.

07 Saturday
Opening at the Johnson County Museum of History, 6305 Lackman Road in Shawnee, is an exhibit likely to send shell-shocked Cold War veterans home to their bomb shelters to duck and cover. After all, flashbacks to a war whose casualties resulted more from propaganda than firearms very well could be set off by simple videos and popular images. Cold War: Promise and Fear in the 1950s shows viewers how Johnson County’s identity was in many ways shaped by the combination of the domestic promise of the “good life” and the threat of nuclear war looming from abroad, even if the Cold War never really did heat up. Admission is free for one and all — a frighteningly socialistic feature of this museumgoing experience. Relief will be felt throughout the premises when visitors realize that they can always pay to tour the All-Electric 1950s Model Home. For more information, call 913-631-6709.

08 Sunday
Gallery directors at La Movida, 217 W. 19th Street, are as baffled as anyone else when it comes to the one-week show Lynus and Lake Punks, with color photographs by Jaimie Warren. The show came together at the last minute, and the gallery director himself only recently found out that in the back room, the guy named Lynus who appears in a number of Warren’s photographs (hence the show’s title) plans to set up a small display of his own work as well. “I don’t mind,” says a gallery representative. “I’ve got the space.” Luckily for the punk art kids and their punk art show, they’ve picked a low-key venue. The photographs have a snapshot-like quality about them and aren’t of anything monumental or extraordinarily beautiful, just images of everyday things that caught the artist’s eye: her punk friends, her punk view. This is the kind of art that might inspire cynics to exclaim things like, “I could do that!” It will, likewise, inspire the less cynical to exclaim, “I could do that!” — the only difference being that the latter might actually give it a try and find out what comes of it. For more information, call 816-651-5600.

09 Monday
Monday nights at YJ’s Snack Bar, 128 W. 18th Street, offer not only a dinner menu, coffee drinks and access to a water cooler but also hip-hop sounds from Josh Powers, who always seems to be simply enjoying the music rather than begging for snack bar regulars’ approval. The result is great sound without ego, unassuming enough to allow diners and coffee drinkers who would rather focus on their conversations to do so, while providing entertainment for hip-hop lovers in search of something just a little on the mellow side. The place has room for only a few tables as it is, and when Powers plays, he uses one or two of them for turntables, so listeners should be prepared to share a table with strangers. It’s okay, they probably won’t bite — the crowd tends to be incredibly laid-back. For more information, call 816-472-5533.

10 Tuesday
Local writer Ry Kincaid reads from his humorous selections at Barnes and Noble on the Plaza, 400 W. 47th Street. He’s published a number of poems, but for poetry-phobes, this event shouldn’t grate on the nerves; this particular writer, who actually titled a play Death of a Moose, can be truly irreverent when it comes to literary protocol. This is also a perfect occasion for anyone who thinks that the Plaza has grown increasingly humorless since construction-induced traffic jams have engendered a startling amount of road rage along 47th Street. Kincaid reads at 8 p.m.; for more information, call 816-753-1313.

11 Wednessday
Nicotine fiends who have been searching for a cigarette alternative might want to try PEZ, those tiny sugar tablets in colorful dispensers that are much more fun than cigarette cases. Their creator, Edward Haas, hoped that PEZ would rival the popularity of cigarettes; although there are a few PEZ-collecting addicts, you won’t encounter many pack-a-dayers. Still, even though Haas’ plan for world domination via candy never completely took hold, the dispensers topped with cartoon heads are at least as popular today as they were in Haas’ lifetime. This week, The Toy and Miniature Museum, 5235 Oak, opens an exhibition of PEZ dispensers, on loan from Shawn Peterson, collector and author of Collector’s Guide to PEZ — Identification and Price Guide. Museum admission costs $4. For more information, call 816-333-2055.