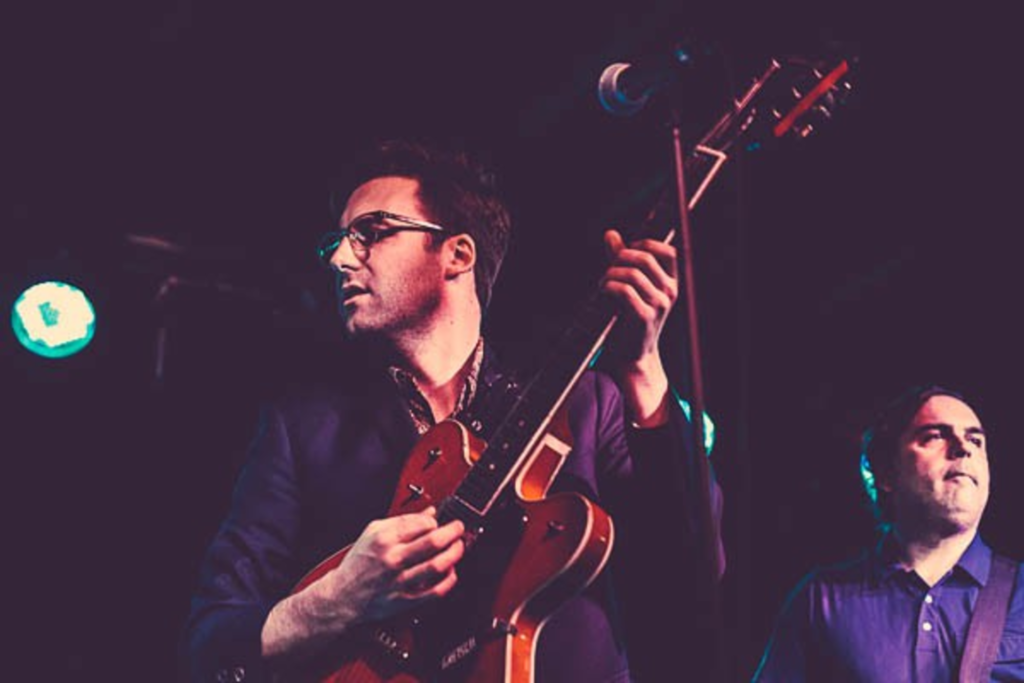 Nick Waterhouse definitely deserves a bigger crowd than the one that flocked over to the Riot Room last night for his show, but he couldn’t have asked for a better one. In a little over an hour, the Los Angeles artist had driven the comfortable crowd to enthusiastic heights, shaking and dancing like it was the weekend and that show was a highly anticipated annual sock-hop. 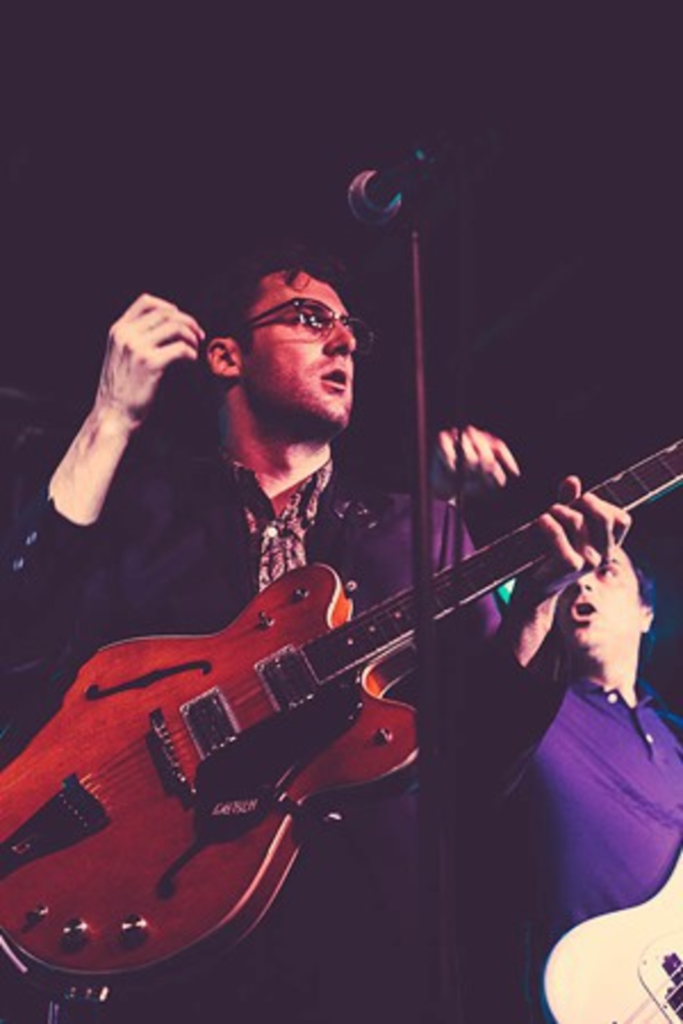 Yes, sock-hop. Because Waterhouse’s music harkens back to a time when rock and roll was built on simple, pure aesthetics. His is a throwback style not unlike the unhinged, energetic rock of JD McPherson, though with a little less credit to Elvis and bit more to Motown. (Part of this sound can be owed to Waterhouse’s one-time job at a San Francisco record store specializing in 1950s and ‘60s R&B 45”s.) Going to a Nick Waterhouse show is like stepping into strange and wonderful sci-fi time warp.

But it would be unfair to call Waterhouse’s style entirely retro. Though his band does boast some mighty talent – keyboardist J.T. Thomas plays like Ray Charles, and how many touring rock bands bring along a bass saxophonist? – Waterhouse doesn’t rely on the trends of yore to govern his sound; they are more like informative pieces to pay homage to. And there’s plenty of fresh stuff on Waterhouse’s latest full-length, Holly – songs with lyrics that are specific and modern, without relying on old-school platitudes and melodic washes (see “Sleepin’ Pills” and “This Is A Game”). 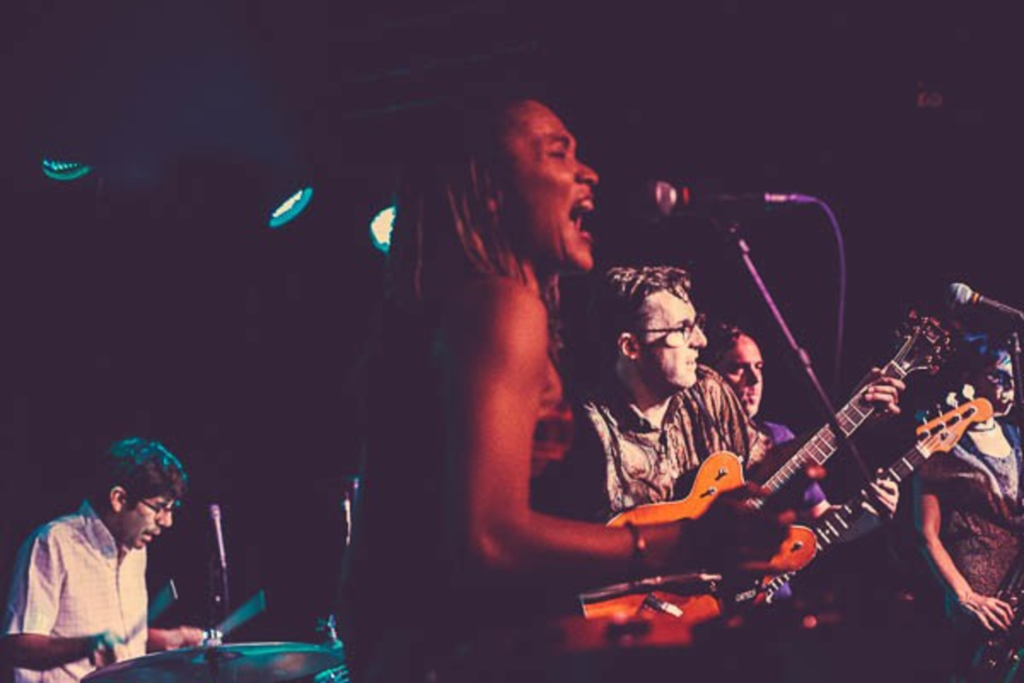 It was that sort of old-meets-new that was present at last night’s show, as the multi-generational crowd bounced gaily along to each of Waterhouse’s songs with mounting fervor. Back-up singer Brittany Manor – whose smoking hot vocals added thrills to nearly every song last night – smiled brightly as a young man twirled his girlfriend around in the middle of “Pass the Hatchet.” And when Thomas took an extended solo in “It No. 3,” Waterhouse perched next to him on his amp, sipping whiskey and nodding along, clearly pleased with how the night was going. 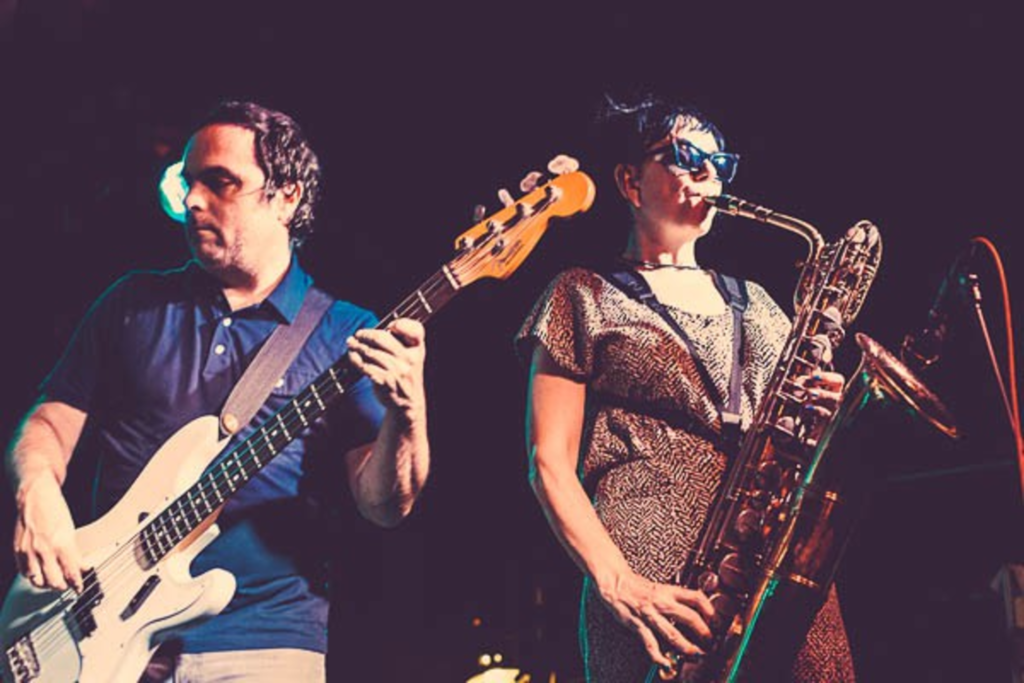 Even technical difficulties could not faze Waterhouse. In the middle of “Holly,” Waterhouse needed to switch guitars, and there was an unexpected sax solo from Paula Henderson; it was easily one of the highlights of the evening, as smooth as if it had been planned. (Though when she finished, Henderson looked a little worse for wear, briefly removing her sunglasses to wipe away sweat and switch from her heels to ballet flats.)

Waterhouse’s banter was casual throughout the night as he took time to thank the crowd for coming out on a school night and complain about Riot Room’s heat (even a giant fan near the stage did little to ventilate the room). He also gave a brief shout-out to a favorite Westport dive as he introduced a new song, “It’s Time.”

“This is a brand new one,” Waterhouse told the crowd innocently, tuning his guitar. “Wrote it just before the show, playing pool at… what’s that place called? Buzzard Beach!” 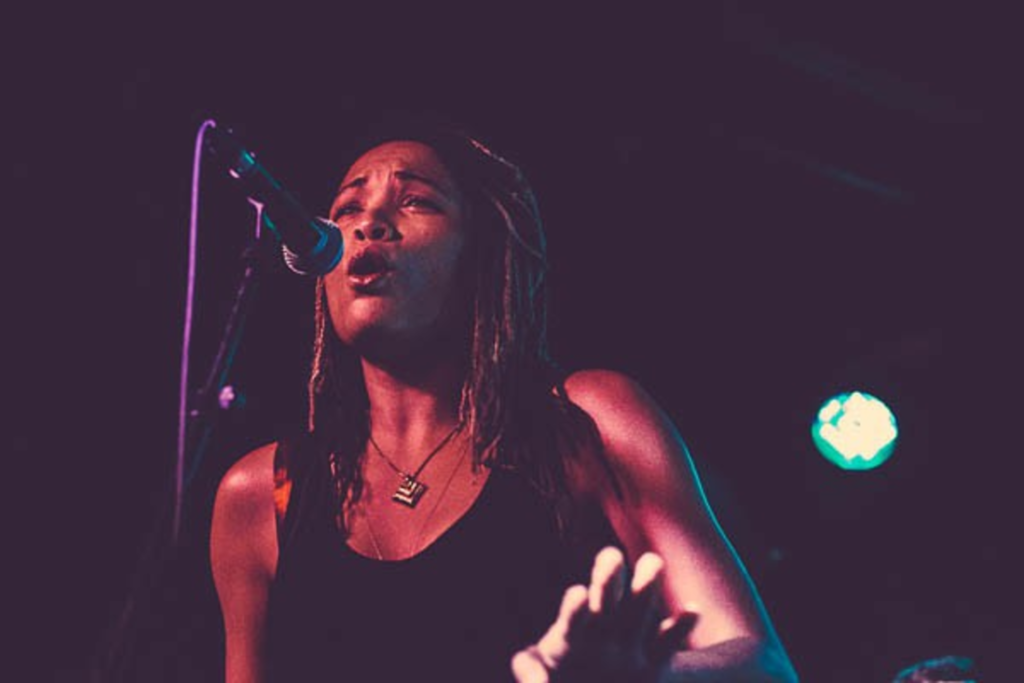 But as the band launched into “It’s Time,” with its swinging sax, jazzy bass line and indelicate piano runs, it was clear the “brand-new” tune had been in development for more than a couple hours. Oh, Nick Waterhouse, you cheeky, gentle nerd-looking trickster.

The last few songs in Waterhouse’s set were almost indistinguishable from one another as the small mob of concert attendees danced with abandon. Before the final notes of “Some Place” had settled in the air, Waterhouse was thanking the crowd again, announcing that he’d be back soon, and exited the stage. It seemed, for a few moments, that there would be no encore, and the crowd quickly dissipated, until Waterhouse appeared once more.

“Would you guys like one more song?” he asked the remaining crowd members, who, of course, cheered the affirmative. He offered up a cover of the Seeds’ “Pushin’ Too Hard,” barely recognizable with the Waterhouse touch, and it seemed that if he would have played for another two hours, the devotees inside the Riot Room would have stayed with him for the whole run.

Leftovers: Opener Various Blonde – the brainchild of lead singer and guitarist Josh Allen – stunned with a sort of jazz-influenced psych-rock sound. I knew Allen was good, but I didn’t know he was that good. Hear some of Various Blonde’s newest tracks here.

Setlist:
(Encore was a cover of the Seeds’ “Pushin’ Too Hard.”) 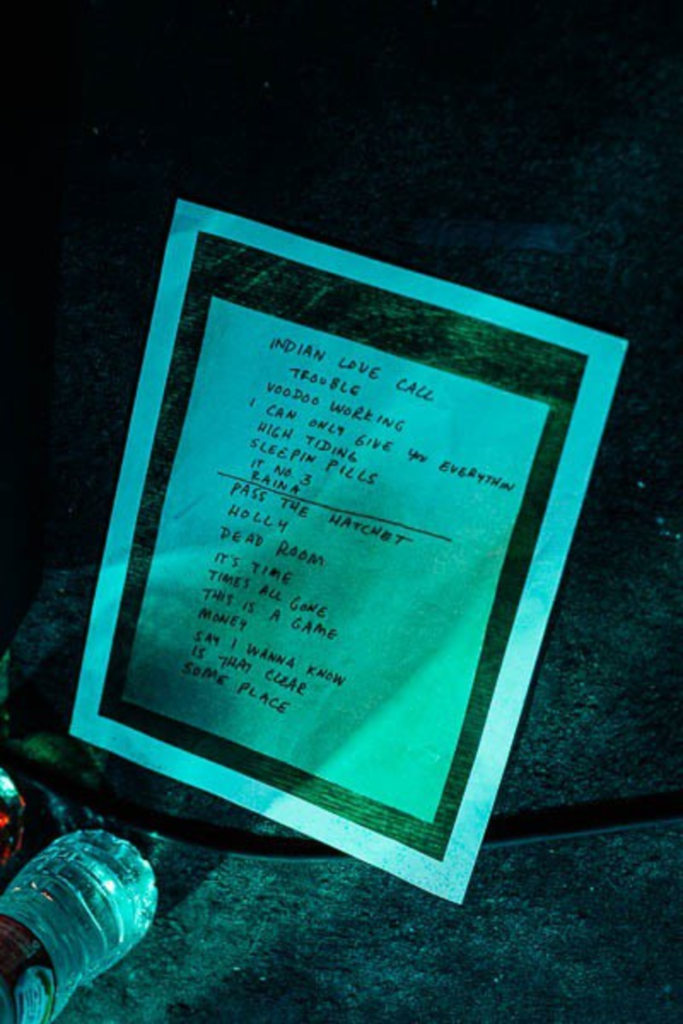