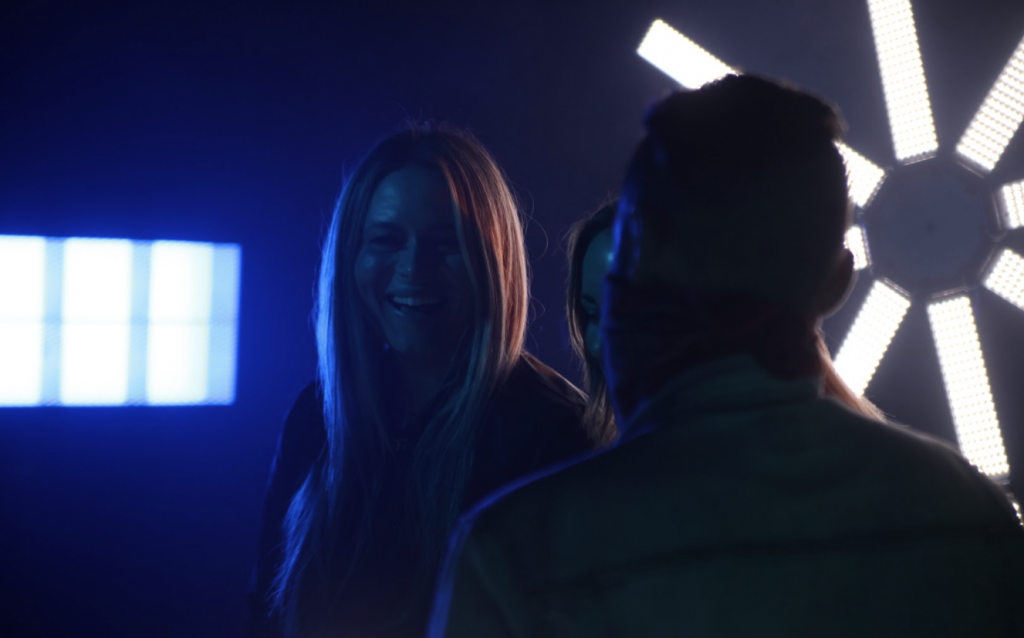 Hustling, coupled with a jaw-dropping set of photography skills got Ryan Hill where he is today. For over a decade, the creative has helped helm 8183 Studio, a commercial production house widely regarded as one of the city’s best-kept secrets.

Hill and his burgeoning team of creatives have quietly spent much of 2021 expanding their operation and their mission, including investing in state-of-the-art motion control cameras. The high-end (and highly coveted) gear is usually only found on either coast.

The crew jokes the shop’s rebranding to 8183 Productions is the equivalent of having a new baby.

“It took nine months,” says Natalie Cordray, 8183’s executive producer. “And we wanted to be thoughtful with it. We didn’t want to decide anything overnight.”

Over the years, the photography studio located in the Crossroads district has morphed into the realms of video production, retouching, and graphic design.

As they grew, so did their impressive roster of clientele, including a recent call from Tech N9ne’s people to shoot two scenes for his newest video, “Face Off.” (Yes, the one featuring The Rock.) 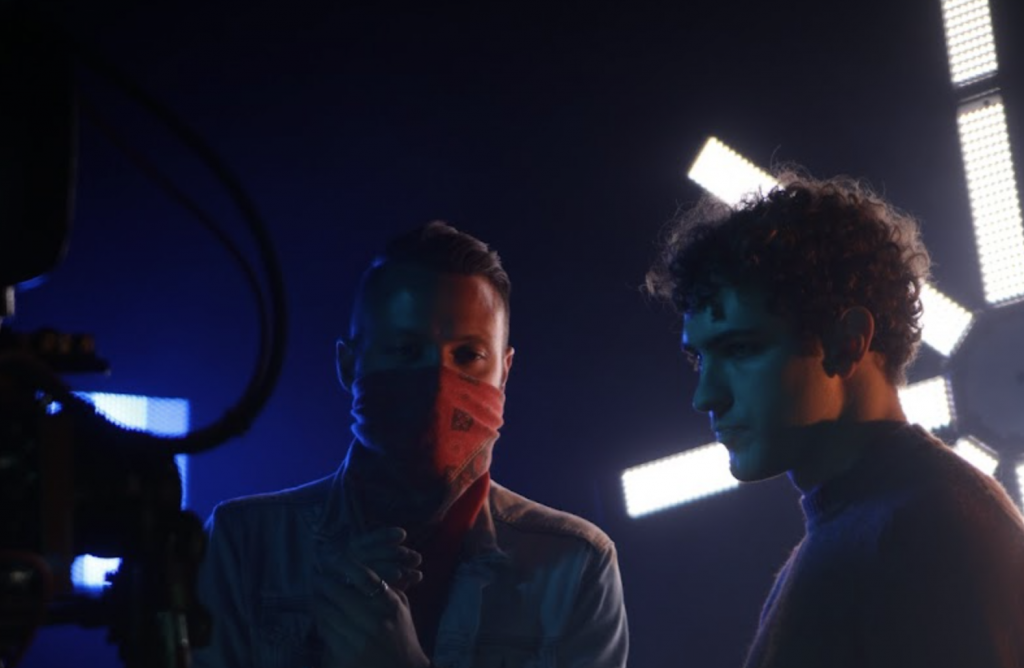 Hill may be the name behind the operation, but he heaps all the credit on his team for their continued slow-burn success. He hopes the rebrand will help propel their innovative, group effort approach into the stratosphere.

“I want people to know that it’s just not Ryan Hill anymore. We’re growing our roster of talented directors and photographers. We’re casting a wider net,” he says. “Slowly but surely and over the years, we’ve increased our capabilities with our equipment, our space, our expertise, and our skillset.”

Team 8183 is nothing if not versatile, toggling between global campaigns for Garmin and national work for Wendy’s and AMC. On the day we visited, they had recently finished shooting an upcoming Black History Month piece for Vans Shoes, featuring local rockers Radkey.

“Every shoot is like a little baby—and I treat it like that,” says Hill. “I get excited to see our images or our videos out in the wild. It doesn’t feel complete until I see it in real life.”

8183 Production’s reinvention comes on the heels of the group’s desire to duke it out with big players in bigger markets. Hill feels like he’s more than paid his dues.

“You can’t just be overnight, you gotta be in it for the long hall,” he says. “I describe it as having race blinders on and I’m looking way down the road and cultivating relationships, taking good care of people, and doing the right thing.”

Putting his money where his mouth is, Hill invested in several mammoth pieces of equipment—including the pricey, statuesque Phantom camera and SISU Cinema robot—to help cement their tech-driven status outside the Midwest. They lovingly refer to themselves as the “Motion Control Guy Geeks” on their website.

“We want people from Chicago, New York, and L.A. to reach out to us,” says Cordray.

The new, in-house equipment has created a sort of dichotomy for Hill who prefers to stay out of the limelight. Once he unveiled his newly acquired wares, it elevated the production company’s brand. “It was contagious,” says Hill. “It’s a complicated tool that takes a lot of precision and expertise. And when a client calls, they want to go to an expert that’s excited about their project or endeavor. And that’s us! We’re as equally vested in it as they are.”

Hill laughs as he recounts how the company that designed the equipment wanted to feature 8183 in their promotional materials.

“The robot company sought us out for promotional stuff to market to their clients—like, look what 8183 is doing,” Hill says. “It was hugely flattering—a world-renowned company chose us for their marketing materials.” 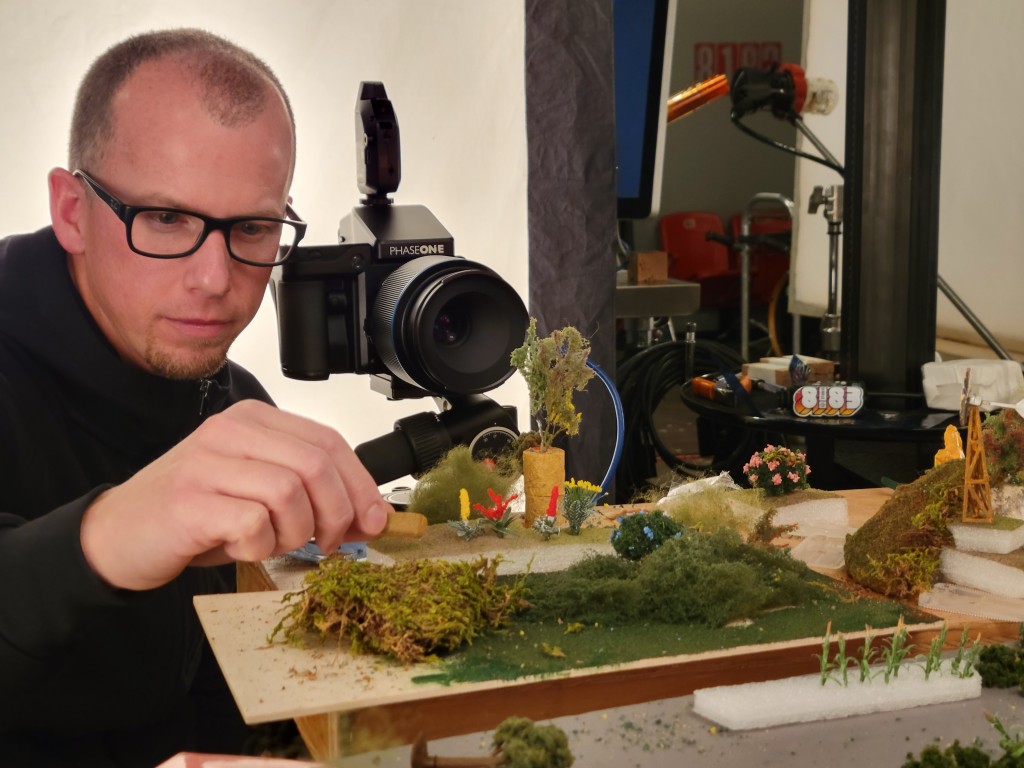 The team has also added two big-name commercial directors to their arsenal, including Mara Whitehead—an L.A. director who recently worked alongside Viola Davis, Jane Fonda, and Helen Mirren on a massive L’Oréal campaign—and Josh Almario, who hails from Hawaii. This sought-after music video director has worked with Gryffin and on global commercial campaigns for OPI.

Hill says after years of being known as a really great photo house, it’s time to shake things up.

“We’re now a full-service production company full of talent and toys,” he says. “I want to bring a talented group of individuals around me and thrive. We’re not changing, we’re evolving.”