Is that The Rock rapping on Tech N9ne’s new album? Yes it is. 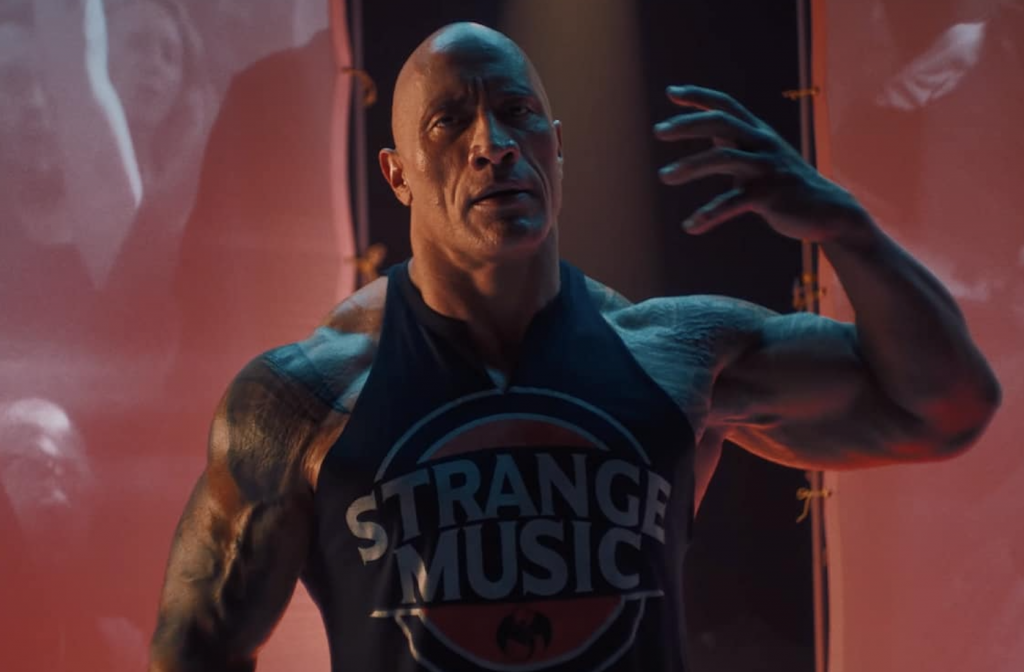 Is there nothing Dwayne Johnson can’t do? The wrestler-turned-action star can now add rapper to his extensive—and apparently never-ending—list of credits. It seems The Rock himself jumped on the mic on Tech N9ne’s track, “Face Off,” from the KC rapper’s new album ASIN9NE. And while it’s only a smattering of bars at the end of the song, his debut performance has a decent flow.

Along with King Iso and Joey Cool, The Rock raps about, well, Rock-oriented things like his penchant for insane workouts and his heritage. (There’s even some well-placed cursing too, albeit censored.) Here’s a sample of his rapid-fire rhymes: “It’s about tribe, it’s about power. We stay hungry, we devour. Put in the work, put in the hours and take what’s ours.”

Fun fact: TMZ is reporting The Rock commented he only needed one take to drop his verse. Clearly, a baller move—and appropriate given that DJ starred in HBO’s Ballers.

The Rock has been known to show off his musical side every once and a while, including the occasional guitar-strumming session during his early WWE reign. And this is just another feather in Tech N9ne’s cap of global domination. In a tweet, The Rock added, “Honored to add some Rock gasoline⛽️💪🏾 to their fire.”

While we’re still curious how the N9ne/Rock collaboration came about, we’ll continue to listen to “Face Off.”