DeHart is from Kansas City, created a hamburger voted "Best in Utah 2016", and was a top-four finalist for North American Chef of the Year for the Dining Division of Paradies Lagardère. 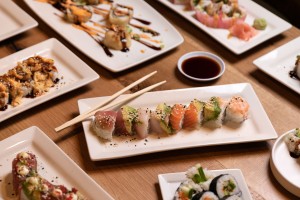 Fénix Chef Brett DeHart is opening his second and newest restaurant at Strang Hall named Tora, a name given to him by his sushi master meaning tiger in Japanese.

DeHart is from Kansas City and has been plating award-winning cuisine for more than 25 years. He created a hamburger voted “Best in Utah 2016” and was a top-four finalist for North American Chef of the Year for the Dining Division of Paradies Lagardère.

After serving the role of executive chef in Salt Lake City, he returned to Kansas City to operate Fènix in Strang Hall which features elevated Latin cuisine. Strang Hall is not your average food court but a 13,000 square foot Chef Collective for local culinary talent and entrepreneurs such as DeHart to showcase their skills in downtown Overland Park.

“A big part of my culinary background has been in Japanese cuisine, so I have been hoping to find a space for that part of my repertoire at Strang Hall,” Dehart says. “It’s been a dream to have two restaurants under one roof, serving chef-driven food alongside my Strang colleagues.”

Tora had its soft launch and is open for regular business hours, serving signature rolls including the Dragons Eye, Wild Child, Electric Eel, and the East Meets Midwest. Other items on the menu include the Kobe beef burger and the Karaage chicken salad. 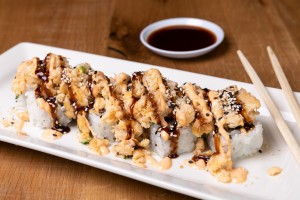 “We are thrilled to have Brett’s culinary talents at Strang Hall,” says Shawn Craft, chief executive officer of Strang Hall. “His vast experience lends itself to a lot of culinary creativity, and we are glad to provide the platform for him to show that off.”