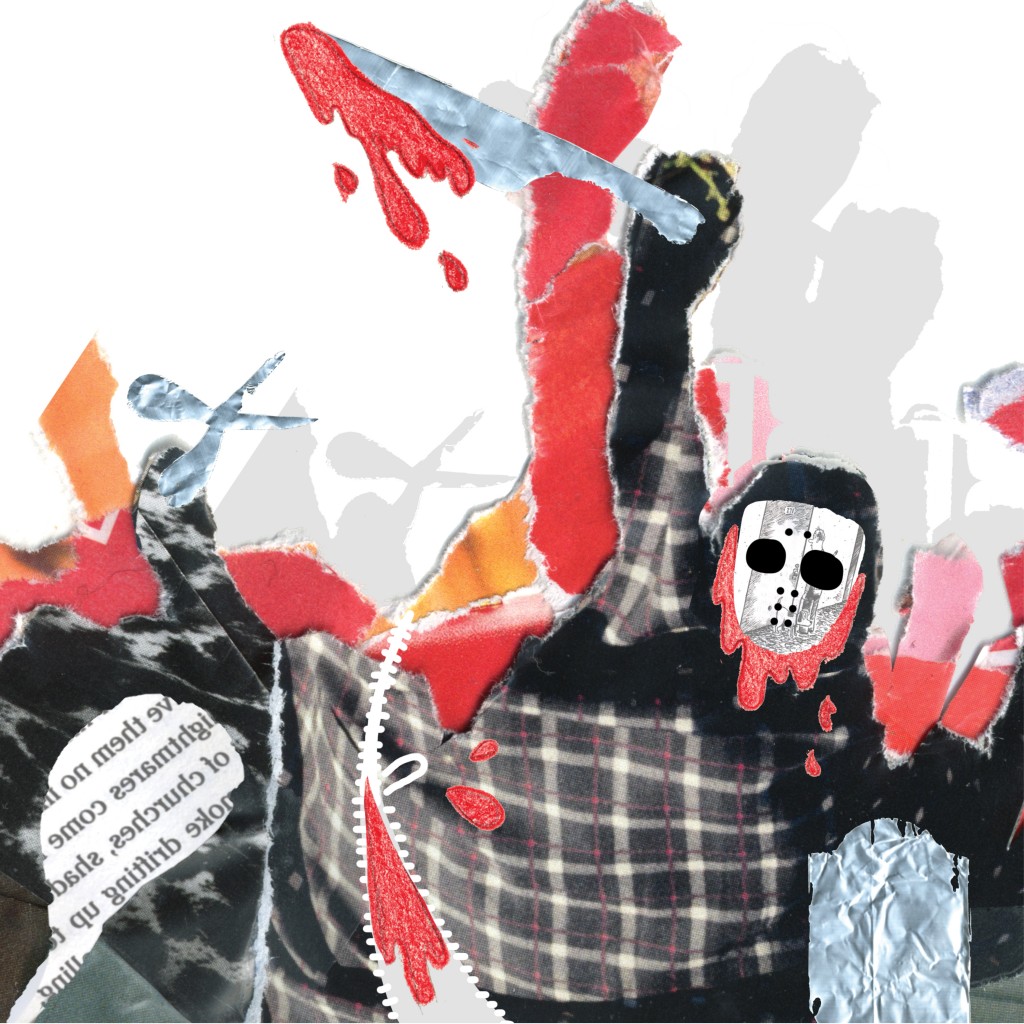 When you ask Greg Dedrick if a horror movie has ever helped him through a difficult time, he’ll give you a very specific answer. “Four or five years ago, I was going through a divorce and knew I was depressed but never really said it aloud,” Dedrick, co-host of the KC-based podcasts Nightmare Junkhead and Nerds of Nostalgia, says. Dedrick says the movie that helped him move forward was The Invitation, Karyn Kusama’s 2015 horror thriller in which a man’s ex-wife unexpectedly invites him to a dinner party with their estranged friends.

“There’s a moment at the end when a character expresses grief and regret, and I just started bawling because I realized I didn’t want to be that person going ‘Boy, I really regret not doing that,’” Dedrick says. “This was a horror film that made me address my mental health in a real way. Horror helps heal, without a doubt.”

Local filmmaker Jill Gevargizian has a similar story about watching Jennifer Kent’s The Babadook, which focuses on a widow and her son who are terrorized by a storybook demon. “That film truly rocked me,” says Gevargizian, whose debut feature The Stylist premiered at this year’s online Fantastic Fest. “I saw it a few years after my father passed away and it portrayed exactly what I went through, still was going through. The feeling of wanting to run away from it, to ‘get over it.’ Well, you don’t get over the loss of someone like the father of your child, or your parent. It’s something that changes you and lives with you.”

In the film, the monstrous Babadook represents the main character’s lingering depression and PTSD related to the loss of her husband, and how it’s impacted her relationship with her son. “The ghost couldn’t be gotten rid of, it had to be confronted, accepted and lived with,” Gevargizian says. “I found that so beautiful and moving.”

Dedrick and Gevargizian’s experiences aren’t isolated. In a recent study, researchers from the University of Chicago, Pennsylvania State University, and Denmark’s Aarhus University found that horror fans exhibited greater psychological resilience during the COVID-19 pandemic than non-horror fans. According to the study, the findings suggest horror fiction—in the form of literature, comics, or film—gives those who engage with it a scenario that helps them build up effective emotional coping strategies.

In other words, that thirty-one day Slasher-Thon you’ve got planned for October might be more than seasonal entertainment. While you’re enjoying Freddie, Jason, or Leatherface, your psyche is helping you figure out how to navigate a real-world crisis.

Film critic Anya Stanley, a lifelong horror fan, says the study’s finding mirrors her own experience with the genre. “I have generalized anxiety disorder, and so my body is constantly reacting to threats that do not exist. Horror innately operates in this space, and knows the feelings of dread and paranoia as intimately as I do,” Stanley says. “I already know how to function under extreme stress, but horror is a safe, removed way to engage with those feelings and sort of cozy up to my own demons.” 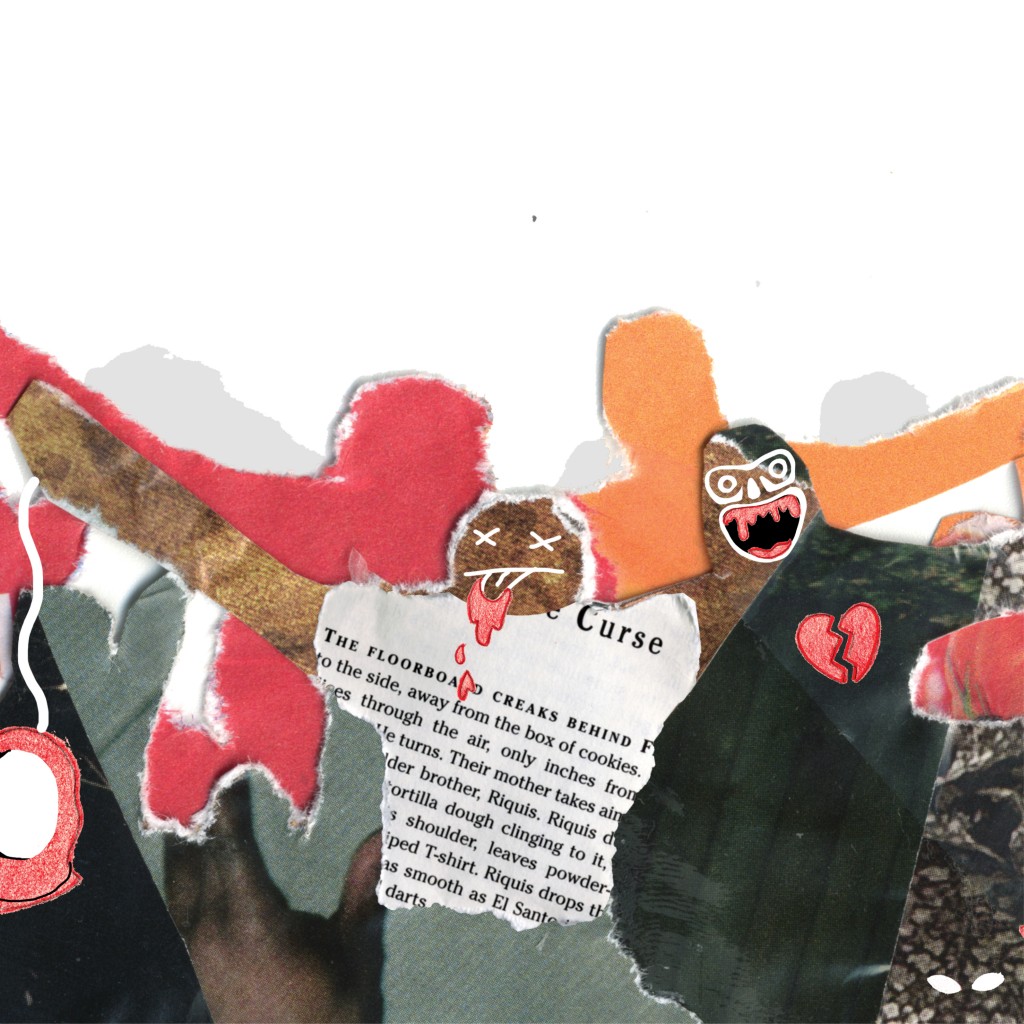 How does horror teach us?

Mathias Clasen, an Associate Professor of English at Aarhus University, and one of the horror study’s co-authors, tells The Pitch that the fiction we consume—regardless of genre—always works on us beyond a surface level.

“When we watch movies or read novels, we’re not just killing time. We’re actually charting the huge metaphorical landscape of possible worlds and hypothetical scenarios,” Clasen says. “What’s special about horror is that the genre lets us chart the dark areas of that landscape—the pits of terror and the caves of despair.”

Clasen says that another important survival skill horror can communicate (beyond not splitting up and not going into a creepy, boarded-up basement) relates to the frequent social and political subtexts horror movies contain. “Horror fiction is very often about prosocial, altruistic, self-effacing characters confronting selfish, anti-social evil. I do think that the best horror works tap into not just ancient defense mechanisms in human nature but also societal fears,” Clasen says.

Clasen gives George Romero’s classic zombie movie Night of the Living Dead as an example. “That’s about a basic fear of being eaten, but also taps into existential fears about the meaning of life as well as topical fears about the collapse of society, which were very much on people’s minds in the U.S. in the late 1960s.”

Coltan Scrivner, who co-authored the study with Clasen, specializes in the psychology of morbid curiosity. A horror enthusiast himself, Scrivner speculates that part of his study’s findings may relate to the mindset of morbidly curious individuals.

“I have a suspicion that if you approach something scary with curiosity, it changes how you think about it. With fear, it’s a worst-case scenario. With curiosity, it’s questions that don’t spark fear,” Scrivner says. “I think that might be partially the case with people who are morbidly curious. With coronavirus, they may not think ‘Am I going to die from this?” but rather ‘What does it do to your body?’ I don’t think they’re less afraid, just more interested.” 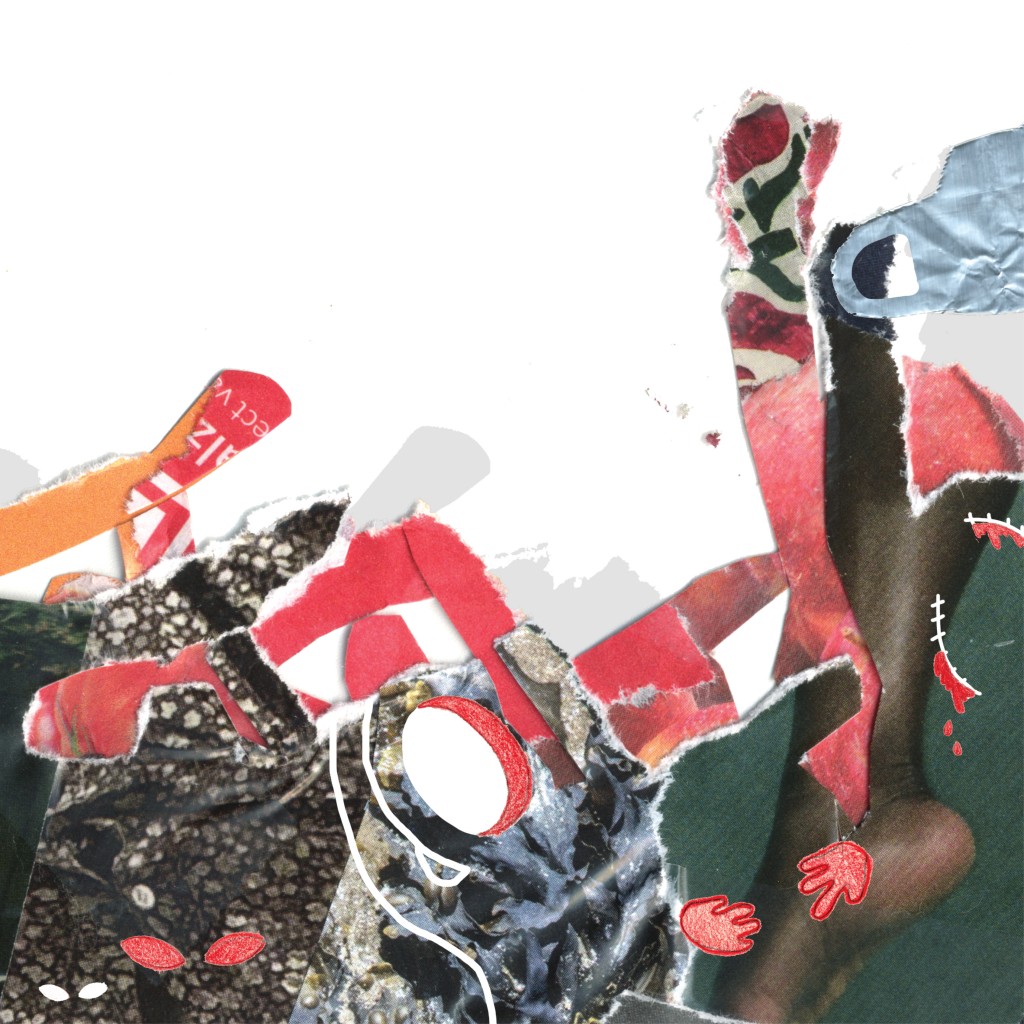 I’ve got a gut feeling

Jenius McGee is the President of the Kansas City Horror Club and co-hosts Nightmare Junkhead and Nerds of Nostalgia with Greg Dedrick. McGee says he agrees with Scrivner’s theory: “It’s not that nothing scares us, it’s the opposite,” he says.

McGee says the fact that horror films also contain strong themes of action and consequence also makes them good social learning tools. “Us horror fans have seen the ill repercussions of what happens when we don’t listen. It makes us more aware of it,” McGee says. “We know we should close the beaches because there’s a shark attack. We’re more prepared because we know the consequences, because we’ve seen it before.”

Some of those consequences are practical, like closing the beach if Jaws is feasting on unsuspecting swimmers. However, McGee says, they can also be existential. “A lot of horror movies show the ramifications of not dealing with grief, like Pet Sematary,” McGee says of the Stephen King adaptation in which a father resurrects his dead child. “If you don’t deal with the root of the problem, it’s gonna eat you alive and consume you.”

“I have trouble discerning the difference between anxiety and intuition—I second-guess my gut instinct because it can lie,” Stanley says. “No genre is more aware of our collective slippery grasp on reality than horror. Seeing [Rosemary’s Baby protagonist] Rosemary Woodhouse have her reality and body manipulated by insidious Satanic forces is an odd comfort because, in horror, especially those dealing with cults, that gut instinct is right. There’s validation in that.” 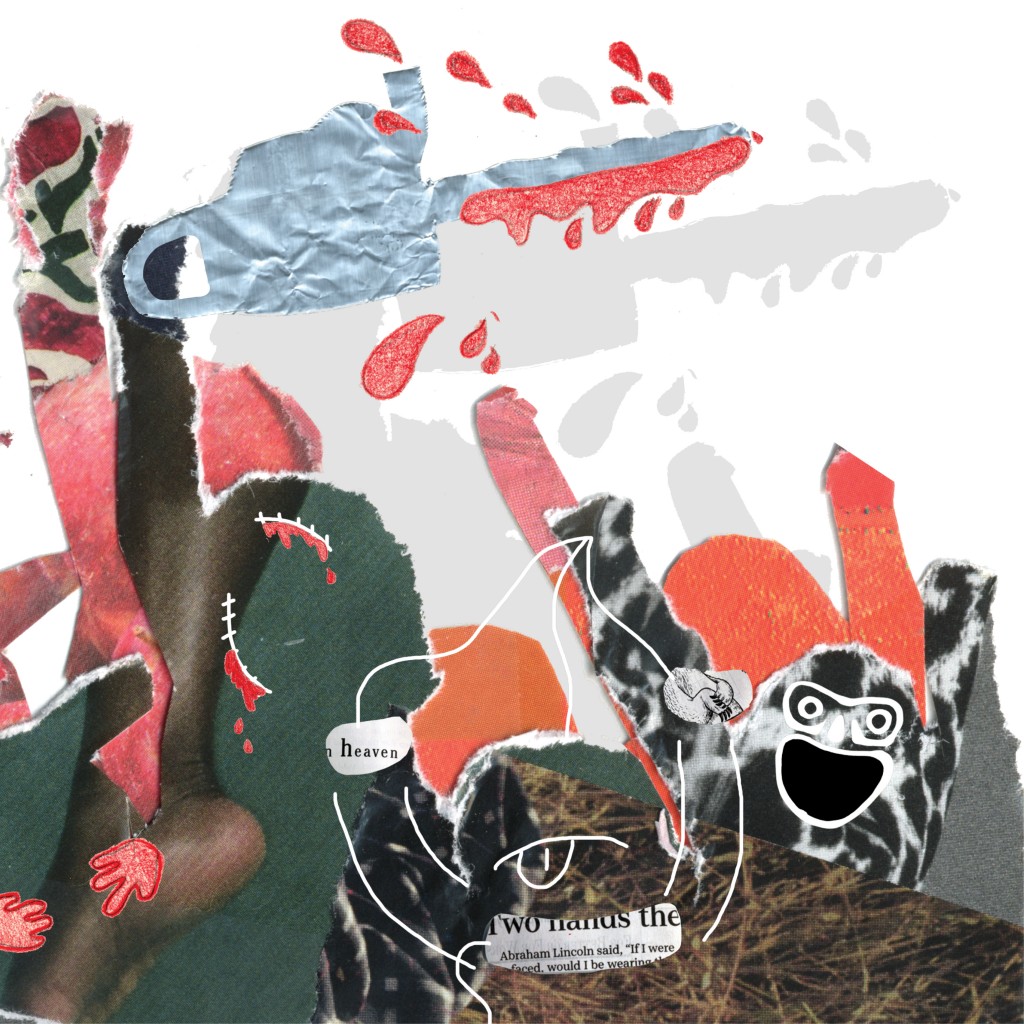 “Sometimes after a rough day, it feels good to see people get hacked the fuck up,” McGee says. “If you work in an office setting, and your boss is riding your ass all day long, watch Mayhem and check out some corporate shenanigans. I’m not the biggest fan of Midsommar, but I hear that movie helps. Whatever helps you release is always a good thing.”

Catharsis can also impact different groups of viewers in different ways. Jill Gevargizian points to Coralie Fargeat’s 2017 rape-revenge film Revenge as an example. “I found Fargeat’s choices so incredibly confrontational and meaningful,” Gevargizian says. “She made the protagonist unapologetic and unashamed of her sexuality and sexual power. It asks the viewer, do you objectify her? Do you shame her? Do you blame her?”

Dedrick says that feeling of release and emotional processing comes out not just through viewing films, but in the making of them, and the movie’s response to specific forms of fear. “Horror is a good way of responding to societal ills. The way that the world is right now, here in a few months, we’re going to see some really creative art that’s been generated through a lot of suffering.”

McGee agrees, and says the ultimate strength of the genre is its ability to adapt to new cultural settings. Fear, after all, is universal, but the things we fear—and how we respond to them—are changing all the time.

“It’s always gonna be there for someone, because there’s always going to be someone with a new perspective and a new form of fear that nobody thought of,” McGee says.

“We wouldn’t have had Host 20 years ago,” he adds, referring to the 2020 horror film that takes place over a video chat. “Horror is for everybody. If more people understood what horror represents, we might have a better understanding of not just the genre, but each other as well.”