New Royal Buffet is very busy, but not so royal 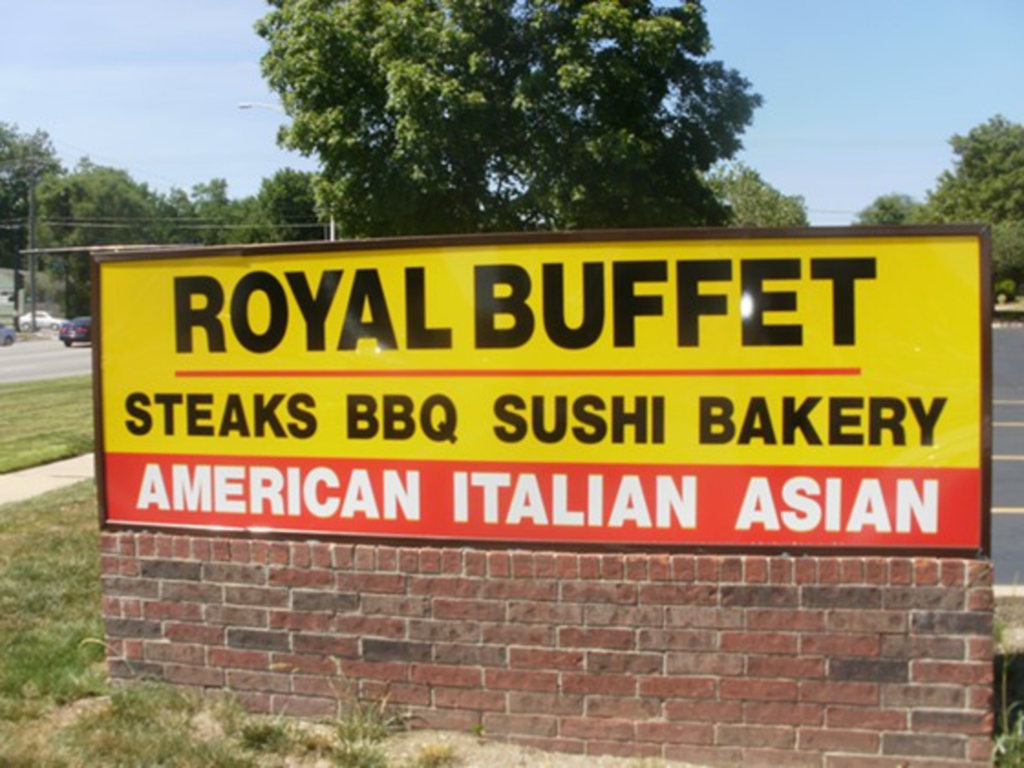 How fitting, in the same year of the Diamond Jubilee of Queen Elizabeth II, that a new venue in Kansas City’s restaurant community aims for the majestic. This town already has a Princess Garden, King’s Dragon, King’s Chef, Burger King, Dairy Queen, Fried Rice King, and China King. Last Thursday, Royal Buffet opened in the former Fuddrucker’s location at 8725 Metcalf. Buffet mavens must have been eager to check the place out because the parking lot was packed all weekend.

I couldn’t resist and stopped in for dinner myself on Sunday. If Fuddrucker’s was always disturbingly dark, the new incarnation is sunny, light and spotlessly clean. As for the cuisine, it’s on a par with the Calypso Buffet at the Isle of Capri. But instead of the clanging of slot machines, there are TV monitors tuned to the Food Channel.