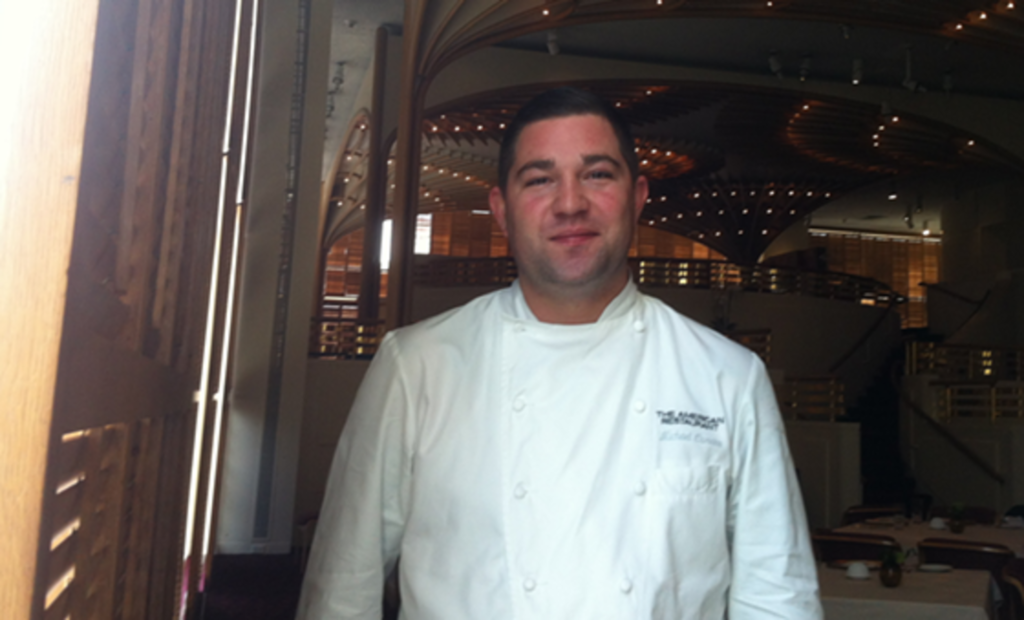 The American Restaurant may be Kansas City’s greatest culinary contradiction. The jewel of Crown Center has a storied past and a stunning roster of former chefs (including James Beard winner Debbie Gold). It has resonated with the city , even as it hasn’t always been able to turn special-occasion diners into regular patrons.

Fast-talking, 31-year-old Michael Corvino may not be the obvious choice as the American’s new executive chef – his first time in that role. But it’s clear that Corvino, who has a tattoo of a sweet onion on the inside of his right elbow in honor of his hometown, understands the challenges ahead for the restaurant.

“People come for an occasion,” he says. “It was the same battle at the [Rosewood] Mansion [on Turtle Creek]. We want them to come more often. I want to pack this place.”