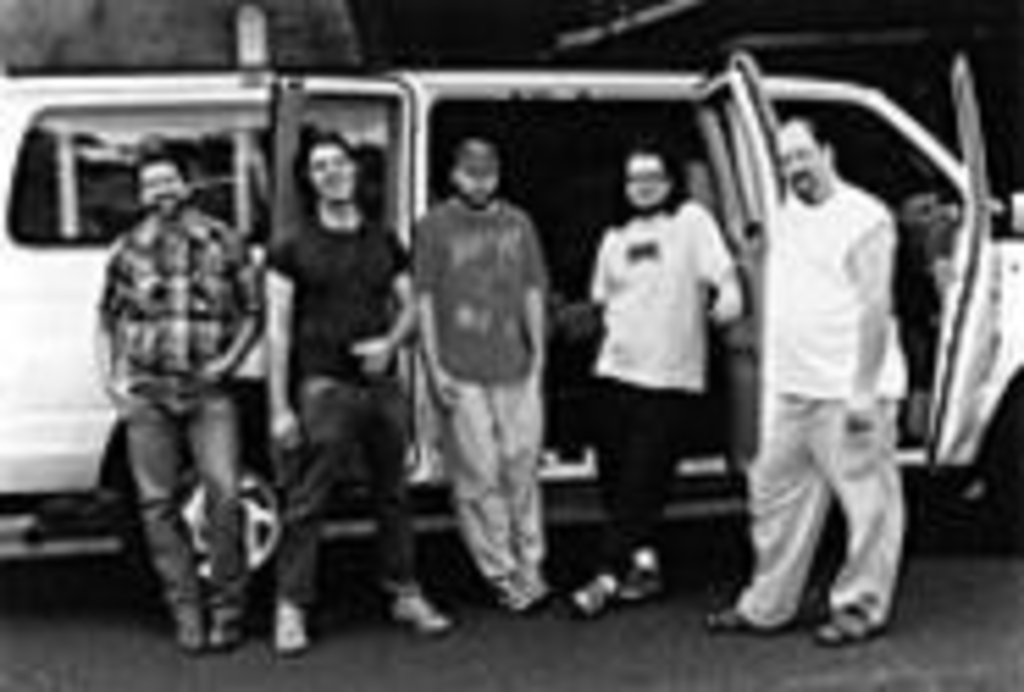 The Gourds have always been known for creative covers.

The Austin rock-folk-bluegrass-country band, which revels in the description “music for the unwashed and well read,” was the first and will always be among the most successful twang-based acts to cover a rap tune, as anyone (which by now includes just about everyone) who has ever heard its 1998 cover of Snoop Dogg’s “Gin and Juice” will tell you — including Snoop himself.

Gourds singer/guitarist/mandolinist Kev Russell tells the story over the phone from his River City, Texas, home. “This guy from Spin.com was interviewing Snoop and they start talking about hip-hop’s influence on mainstream culture. And Snoop says that hip-hop had influenced every major form of American music except country. So the interviewer’s like, ‘You ever heard the Gourds?'”

Snoop hadn’t, and the band has an mpeg of the gangsta-rific SoCal rapper’s initial reaction to the recording on its Web site. For the technophobic among us, or those whose computers are behind a firewall and don’t play movies, Russell offers up the Cliffs Notes version. “So he’s listening to it and bobbing his head, and he goes, ‘I like this shit. Is this a real band?'” (Note to Gourds management: Make sure to sticker the next album with Snoop’s blurb.) For Russell, it was the ultimate validation. “It was, like, cool! Fonzie likes us!”

The only rap on 2002’s Cow Fish Fowl or Pig is a field recording by one “Short Guy From Chi-town,” an anonymous, reformed hardcase street poet Russell recorded outside a Little Rock, Arkansas, club in 1999. It’s the centerpiece of the band’s new album, the division between the two named “sides” of the CD. Because the first half is called “The Cow Brings Home the Fish” and the second is called “The Fowl Tells the Pig of Each Transgression,” Cow looks like some kind of barnyard concept album. Russell says it is so only in structure. There is no grand unifying idea behind all the songs. In other words, don’t go looking for an Animal Farm sequel.

Ex-Wilco/Uncle Tupelo/Freakwater string whiz Max Johnston has added songwriting and singing to his skills set. Since 2000’s Bolsa de Agua, he has ranked alongside Russell and Jimmy Smith as the Gourds’ part-time bandleader. None of the three has consecutive tracks on Cow. As usual, Russell writes early Dylan-style nonsense poetry that almost makes sense. (His timeless leathery voice delivers lines like these: Said the apple to the snake/Yer erotic forks are fake/Said the goose to the jailer/Yer religious awe’s a failure/Said the spider to the candle/Yer bride is mechanical.) Far less esoteric are Smith’s songs; the magic realism of album opener “My Name Is Jorge” reads clean and lean as Hemingway, as does his line Whoever said sleep is a thief just ain’t right in the head. Johnston shows a marked appreciation for Steve Earle; wrapping up in his “Blankets” is a lot like driving “Down the Road” with Nashville’s angriest young man.

Russell says that his ability to bend genres has its seeds in Humble’s soil. If he had never moved to Humble, Texas, from Beaumont, his life might have taken a very different path. Russell’s father, who was in the oil business, was transferred to Houston when Kev was in the eighth grade. The Russells settled in tony Atascosita, and today he says the move killed an athlete and gave birth to a musician.

First, Russell says, he suffered from culture shock, which was later reflected in his music. “Houston was kind of the beginning of my class consciousness,” he says. “We lived in a blue-collar neighborhood in Beaumont, and when we moved here our house was right by a golf course. I was just miserable. All of a sudden, I was in the middle of this culture that I didn’t fit into at all.”

Russell — at the time a Skynyrd and Waylon fan — fell in with the skate-punk crowd at Humble High. They turned him on to weirdness that you just couldn’t get in Beaumont. Russell’s inner Golden Triangle good ol’ boy still resisted the new music. He had to get past the band names. “At first I was like, ‘This is kinda bad. The Dead Kennedys — I don’t like that name,'” he says with a laugh.

A few years later, the Russells were transferred again, this time to Shreveport, the Beaumont of north Louisiana. Russell launched his musical career there in the now-legendary post-punk group Picket Line Coyotes, who moved en masse first to Dallas and then to Austin, where they broke up. In 1994 Russell joined Smith and Claude Bernard’s duo Old Government, and after hiring a drummer, the Gourds were born.

Along the way, Russell and company shed the punk instrumentation, if not the fire and anarchic attitude, that gives you the huevos to cover Snoop Dogg with a mandolin as the lead instrument. Not that the band is all on the same sheet of music when it comes to influences. “The longer we go, the more divergent we are of each other in the music we listen to,” Russell says. “The other night we played San Antonio, and Jimmy got kinda drunk on the way back, and me and him and Max were arguing about music. Me and Max are really into late ’70s, early ’80s country music like Don Williams, Gene Watson and George Strait — there’s sort of a guilty pleasure we get out of it. Jimmy just despises it, he just hates it. He was getting so worked up.”

Smith hates it so much, in fact, that Russell eventually had to throw out some of the material the band had been playing live. “I had the Gourds cover ‘Amarillo by Morning’ for a while,” Russell says. “I told ’em at the time, ‘Look, guys, I know this is a stretch, but just indulge me here.’ Max was all over it, man, but Jimmy — he just couldn’t do it.”

A twangy Texas group that loves to play Snoop Dogg but turns up its nose at George Strait? Like the man said, is this a real band?