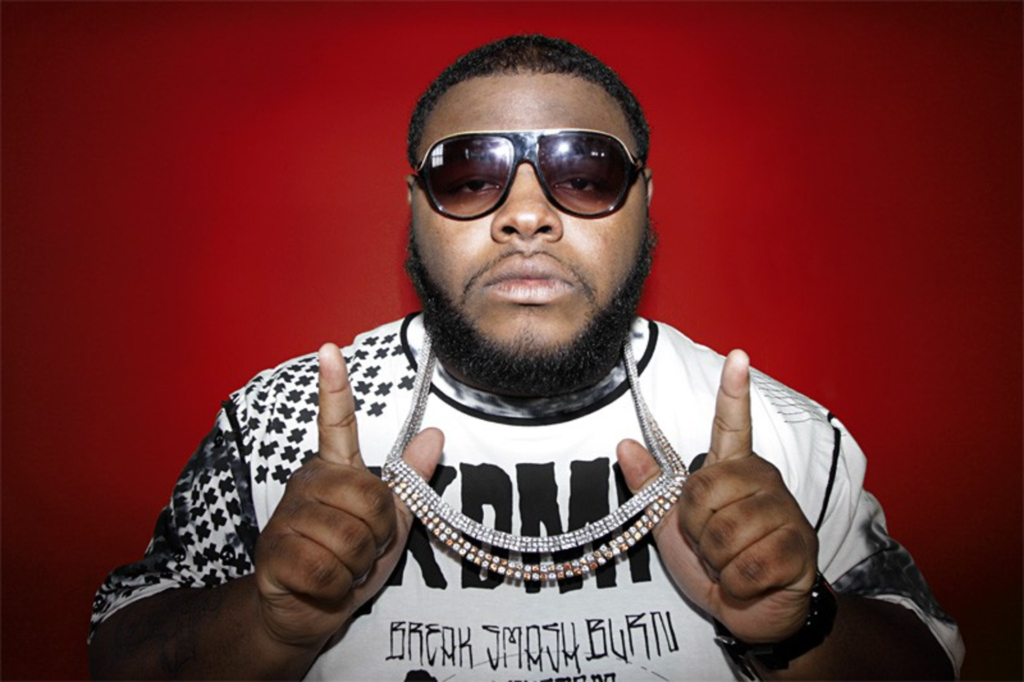 Munching on pizza at the Pizza Street Buffet in Olathe, the local rapper — better known as Nesto the Owner — plows through the slew of issues he has with Kansas City’s hip-hop scene.

“Radio is a big part of why Kansas City isn’t what it’s supposed to be,” Edwards explains.

Talent, he is careful to point out, has little to do with getting someone’s music in the city’s popular rotation. And if Edwards is lacking in anything, it isn’t a belief in his own ability.

With a winter beard and an ill-fitted knit stocking cap sitting clumsily atop the back of his head, Edwards carries the teeming confidence characteristic of his hometown, Philadelphia. (“I call myself the king of rap,” he says.) This marked duality of East Coast swagger and the earnest frustration of stilted musical stardom colors much of Edwards’ personality — and the evening’s conversation.

“I’m just an artist trying to make it in the game,” he says between bites, offering a simple self-description that soon gives way to a much more complicated picture.

When it comes to Kansas City, Edwards has felt like an outsider since he was a teenager. Edwards was 16 when his mother, Vernita, transplanted him and his older brother, Everitt, to Kansas City from west Philadelphia while their father, Ernest, faced mounting health problems.

After Edwards’ father died, Edwards and his brother remained in an unfamiliar, landlocked city far from the hardscrabble blocks and streetwise grit of their former home. Their primary pastime was rap. Edwards’ brother, who began beatboxing when the two were young, provided the production behind his younger brother’s rhymes: a partnership that continues on Edwards’ latest project, Career Killer.

Essentially, Career Killer is a prolonged discussion of Edwards’ beef with the city’s hip-hop scene.

I feel as though the radio and DJs have been killing me for six years by not giving me the respect I deserve. Now it’s time to kill their careers, he warns in the opening moments of the album.

The problem with getting his voice heard, says the 22-year-old rapper, has everything to do with the small cabal of folks running the city’s studios, turntables and hip-hop radio station, KPRS Hot 103 Jamz. According to Edwards, it’s a close-knit group that’s focused on keeping local hip-hop all in the family, both literally and figuratively.

But despite what he sees as daunting obstacles in Kansas City’s hip-hop landscape, Edwards doesn’t lack motivation. Hate, he says, drives him. Hate from the radio. Hate from the streets.

“A hater is your No. 1 fan,” he says. “They listen to your music more than you do.” So what continues to fuel Edwards through all the hatred?

God and his fans, Edwards says. Giving Kansas City a voice that he doesn’t think it has. And making good music.

But his frustration is more complicated than a simple chip on his shoulder. Edwards has enjoyed shining moments in his brief musical career, the pinnacle of which was opening for Tech N9ne at The Granada in February 2009. “I thought, I hope they don’t boo my ass offstage,” Edwards says, laughing as he remembers kicking off his high-profile performance in front of an overcapacity crowd.

Career Killer reflects the darker impulses in Edwards’ struggle for success, too. Over a soft looping beat, he turns homicidal on other MCs: I full-time grind while you niggas just park/‘Cause when I see food, I’m a hammerhead shark/The ambulance dark, tryin’ a save this man’s heart/If he ever breathe again, gonna have to handicap park.

Despite his wickedness on wax, Edwards hopes that people will catch on to his charm. “I’m a feel-good person,” he says. “I’m rich off life.”

Where that life will take him — especially concerning a rap career — Edwards remains uncertain. “There’s no limit,” he says. “I want to follow the best.”

Asked what he’ll do if success doesn’t ultimately come, Edwards pauses. “If it gets to a point where I’m hogging up space, I’ll move aside.”

As he gets up for a second plate of food, it’s clear that Edwards is still hungry, ready to confront the buffet of local obstacles and perceived hatred that continue to feed his grind.