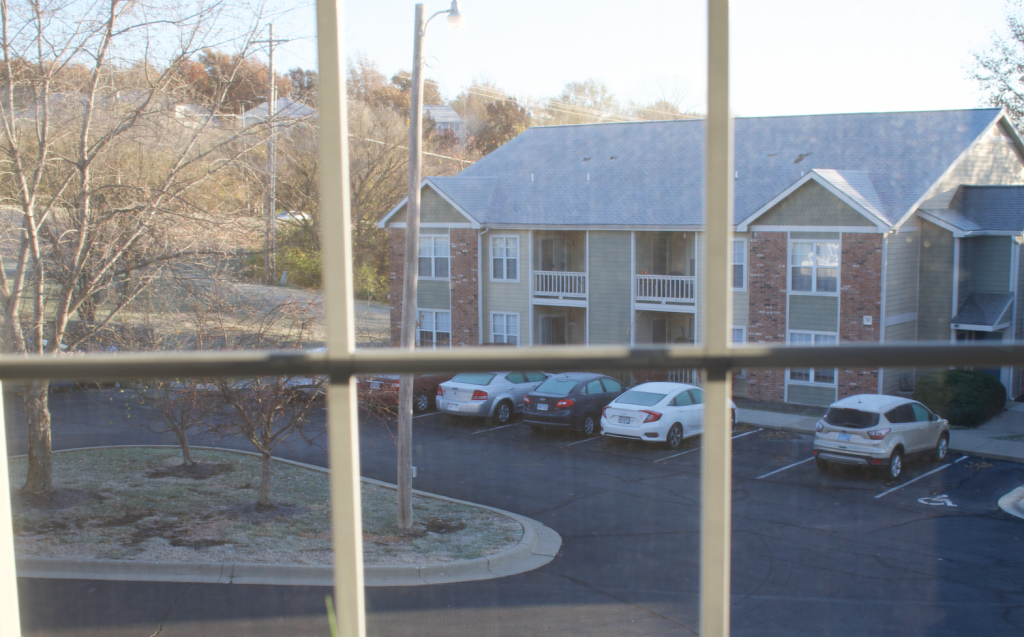 At the beginning of the pandemic, every movie blog I read, every podcast I listened to, every show I watched was discussing Steven Soderbergh’s Contagion. There was constant discussion of how accurate it was and its relation to our current pandemic. The pandemic dominated my entire news diet so instead of watching pandemic films, I looked to the old master of suspense, Alfred Hitchcock.

The first Hitchcock film I saw was Rear Window. I was too young to remember any of it other than my dad saying: hey, come watch this movie with me. After watching it again for the first time since the film has taken on more meaning to me than just a fun flick I shared with my dad. The movie has become a shorthand for what my life and mental state has been like recently.

All Rear Window was in 1954 was an incredibly entertaining way to spend two hours at the movies. If you asked critics and viewers at the time what 2020 would look like, none of them would have guessed we all would be confined to our homes like Jimmy Stewart, developing suspicious theories about our neighbors’ activities.

My girlfriend, Claire, told me one night that she thought the couple that lived below us had broken up because she hadn’t seen the boyfriend’s car in a while. Collectively we have met the couple downstairs in the single digits. Stewart had never interacted with his neighbors.

Claire has been working from home since the beginning of lockdown as I finished my degree. Like Stewart, we were stuck in one place. Our view has stayed incredibly consistent.

It started for myself and Claire when we moved into our new apartment. The sound of two dogs yelping followed us as we carried our countless boxes into our second-floor apartment. After organizing everything, we left for food and ran into one of our new downstairs neighbors.

We introduced ourselves to him and learned he shared the apartment with his girlfriend. After we got out of earshot, Claire mentioned that he seemed nice. I nodded in agreement as I thought about how loud their dogs were. Neither of us remembered his name.

We have run into him coming and going a couple more times. Once, he mentioned that we were so much quieter than the people who used to live in our apartment. Claire met the girlfriend when they just happened to both be leaving at the same time. I have only seen her park her car from our patio, but Claire did show me her Instagram.

She had not sought it out. We aren’t that crazy. Yet. It happened when she was hanging out with some friends, and it became clear one of them is in school with the girlfriend and showed Claire her account. When Claire announced her theory I was immediately invested.

My favorite moment in Rear Window is when just moments after her dog dies, one of Stewart’s neighbors exclaims that: neighbors like each other, speak to each other, care if anybody lives, or dies. In our current moment, talking to a neighbor might be deadly, and not for the reason that would make a compelling murder mystery.

We haven’t been that kind of neighbor. We only think about our downstairs neighbors in terms of how they can entertain us. We don’t care if they broke up, we only want some new entertainment.

The missing car was our only lead, but it was odd. When we first moved in his car never moved from the front of our building. We didn’t assume the logical conclusion that he had just gotten a job.  There were no other reasons for us to consider that they had broken up. But a break up was far juicier than a job.

While Stewart had to convince Grace Kelly of the terror occurring across the courtyard, I was ready for a conspiracy and Claire gave me exactly what I needed. We had both needed a theory to entertain us. We had grown so accustomed to our view that we noticed any oddities.

Being stuck at home, sitting in the same place, doing the same thing day in and day out leads you to boredom. You can only sit on your couch watching Hitchcock movies for so long before you lose interest. It seems obvious with hindsight that we would all become voyeurs.

Being able to go to the office or class offered an endless amount of distractions and opportunities for new experiences. You would constantly be talking with new people. When you’re stuck at home you have to invent ways to stay entertained.

So we debated the ramifications of their hypothetical break-up. Who would get the dogs?  What they would do with the apartment? What caused it? At one point we tried to figure out when their lease was up. We were constantly speculating over the fallout of their relationship.

That is until Claire and I were leaving for the grocery store and I noticed a pair of car keys hanging from their lock. I thought about that line about neighbors and decided to be a good one. Their dogs barked as he answered the ringing bell. Guess they didn’t break up.

It struck me that Hitchcock never revealed why the neighbor murdered his wife. In the movie, there’s not even speculation of why. The mystery of whether or not the murder happened was enough to compel each character into diving into it.

What Rear Window shows us is that in extreme circumstances, we look to those around us for more out of the world. We invent what we need to explore. In a normal year, we ignore our neighbors unless we smell something vile from down the hall. Watching them opens up our closed off-world. We aren’t crazy for watching our neighbors.

Superdeep is Russia's film adaptation of all our favorite video games