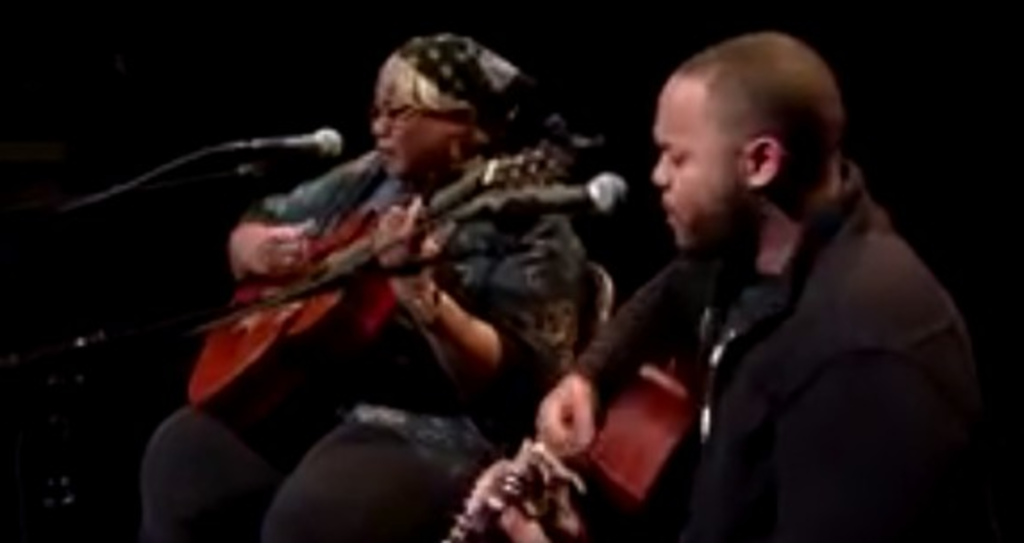 February might have been a short month, but Kansas City artists found plenty of time to put music to film and pump out some new music videos. From jazz (Eddie Moore and the Outer Circle) to rap (Irv Da Phenom) to the latest locals-made-good, Madisen Ward and the Mama Bear, we’ve cherry-picked a few vids for this month’s installment of Cine Local.

Pianist Eddie Moore and his band the Outer Circle are known in the local jazz community for blending old and new influences. Nothing is a better example of that style in the group’s latest live music video, where they rework Erykah Badu’s classic “Time’s a Wastin’.” Yes, technically this video came out in January, but it was too good not to make our list.

It’s not hard to figure out what inspired Irv Da Phenom’s latest music video for “Smoke Sumn.” His ode to reefer madness/kush/ganja is paired with an equally playful video featuring cops and firemen, a munchies run and, of course, plenty of smoke. Everyone joins in the party, and chances are, by the end of the song, you’ll find yourself singing along with the chorus.

The 8-bit electronic songwriting of Kansas City, Kansas, art and music collective Monta At Odds fits perfectly with the frigid images of a fur-wrapped girl. The cold, eerily emotionless vocals add to the spaced out, futuristic story Monta At Odds is trying to tell, hitting at lofty ideas of empathy between humans and machines.

Independence’s Madisen Ward and the Mama Bear have been blowing through the ranks lately. The duo’s most recent headline features them making their network television debut on The Late Show With David Letterman, where they perform their newest single, “Silent Movies.” You’ve probably heard this song a dozen times already, but it’s worth hearing it at least another twenty.

Nature Boys live up to their weird ways with this Friday the 13th release of “Mr. Sniffers.” The bizzaro video has everything you’d ever need in a stuck-in-the-woods horror flick: scary clowns, wolves, nature videos, an unsuspecting dude in a suit and terrifying bananas. Yeah, we didn’t get it either, but we like it more and more every time we watch it.

Lawrence rapper Approach teamed with visual expert Barrel Maker for this quick exercise in hip hop. Approach’s flow is stacked straight for just under three minutes as the camera floats, following him around the studio. It’s all aided by Aikido Bray’s solid production.

Are you a local musician with a music video? Send it to natalie.gallagher@pitch.com. Catch last month’s Cine Local here.