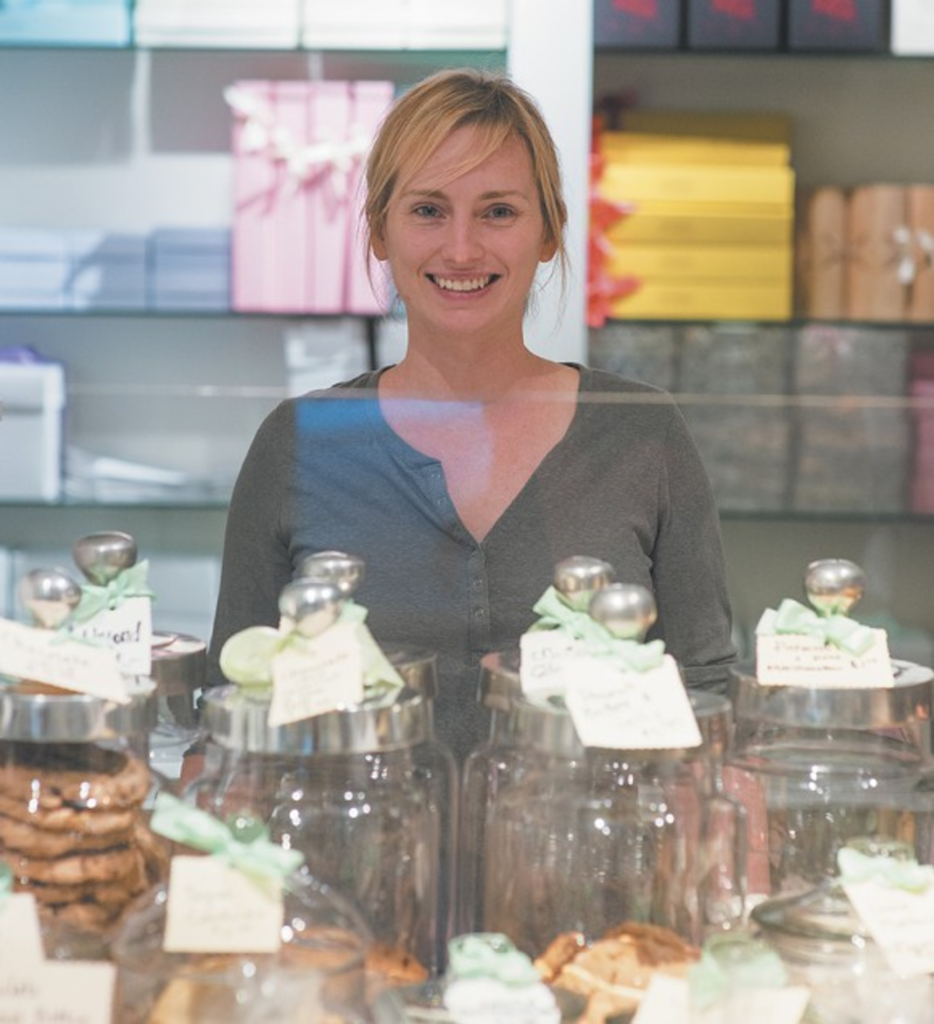 Natasha Goellner, one of Kansas City’s busiest young confectioners, says she needs a vacation. Not a long vacation, but definitely some time off.

That’s why the co-owner of Natasha’s Mulberry & Mott (which she owns with her mother, Vicki) recently declined to sign another lease on her “temporary” location at 320 Ward Parkway and will close that retail space, the former Superlatives store, on August 16. But her wholesale sweets operation and online business will continue without a break in service. And as for the holiday season?

“We’re looking at finding a space on the Plaza for a pop-up store for the holidays,” Goellner says. “And we’re in the process of buying a food truck.”

The beautifully decorated shop, she says, was supposed to be a pop-up store after her landlords, Highwoods Properties, moved her out of her original Plaza location, in the former Halls Department Store building, last summer. That building remains under construction, but Goellner still plans to return once it’s reconfigured as Plaza 211. She just doesn’t know when, though, and that lease hasn’t been signed, either.

“We’ll either move back to my original address or maybe to a different space that I like better,” Goellner says.

Goellner, who became a mother for the first time four months ago, has been taking her infant, Edelweiss, to the shop with her every day. “But someone always has to be holding her,” she says. “It’s not like I can set the baby down somewhere when the shop gets busy.”

She adds that her staff feels exhausted from the demands of operating such a busy sweets and pastry shop. “We all needed a break,” she says, “not from making our products but from running the store.”

Goellner says that after the Plaza retail store closes this month, her colorful palette of French macarons may be purchased online, at Dean & DeLuca in Leawood and at the Sundry in the Crossroads. She may add other store locations later.