My Fair Lady, at MTH, is fairly popular (if also fairly long) 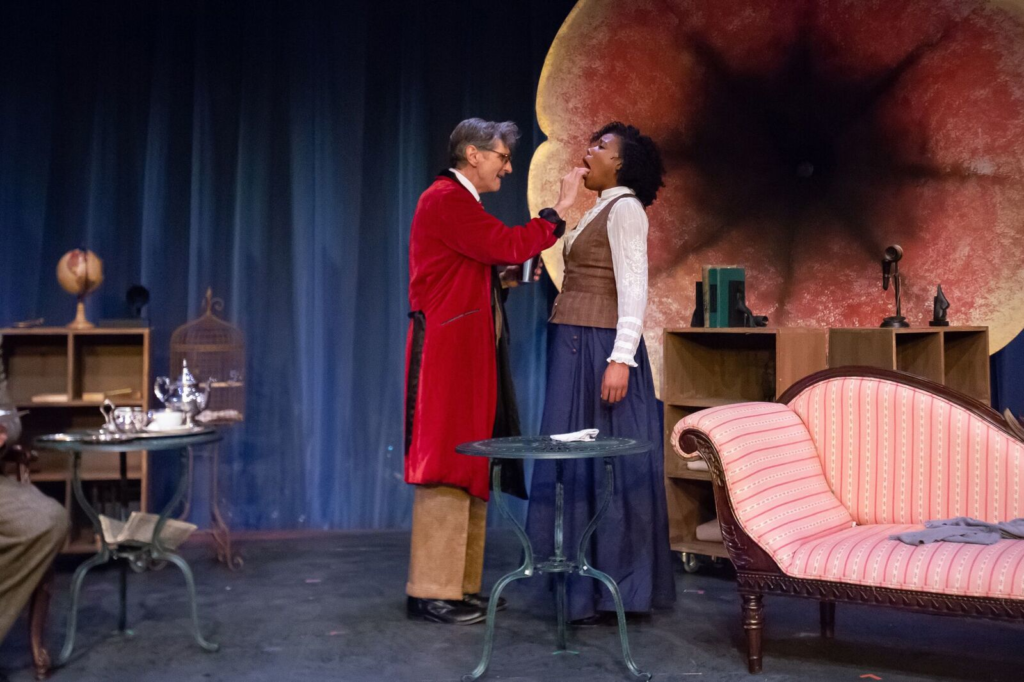 My Fair Lady, with its semantically troubled title, is a (very popular) musical dating to the mid-1950s — book and lyrics by Alan Jay Lerner, music by Frederick Loewe — that follows up on a (very popular) 1938 movie, all based on George Bernard Shaw’s (very popular) 1913 English play Pygmalion (which is itself taken from the Greek myth of Pygmalion and Galatea). And, so, it might seem passé. Yet, on reflection, not so much.

Its story of a poverty-stricken flower girl — ill-spoken and badly mannered — who’s treated with disdain and disregard by the more well-to-do in power, fits right in with our present state of affairs. That the musical exposes classism and sexism equally doesn’t make it a social statement. Not quite.

Eliza Doolittle, our heroine (Allison Jones), sells flowers on the street at London’s Covent Garden, and meets Henry Higgins (Bruce Roach), a professor of phonetics making notes of her speech patterns, as well as Colonel Pickering (Robert Gibby Brand), a colleague and, later, friend of Higgins’ who is also a language scholar. On a wager of Pickering’s, Higgins takes on Doolittle as a live-in student to teach her proper speech and behavior and, within a few months, he says, turn her into a duchess. Game on.

Shaw, in his play, wrote an independent female lead who learns self-esteem along with perfect posture and diction. Audiences and subsequent directors/producers have tried to turn it into another romance between a much older man and a too-young woman. (Also, it’s worth noting that the person being molded is a woman, not a man.)

Director Heidi Van comments on the show’s current controversy in program notes. “Whose lady,” she asks, “and what is meant by fair?” And she directs this production with Shaw’s original intent intact, giving us a strong-minded heroine and leaving us with a somewhat ambiguous resolution in regard to Eliza and Higgins. Interestingly, it’s Higgins who reveals boorish insensitivity toward Eliza (“The girl belongs to me,” he says of his pupil, whom he also labels a “guttersnipe”), while Pickering bestows empathy and consideration. 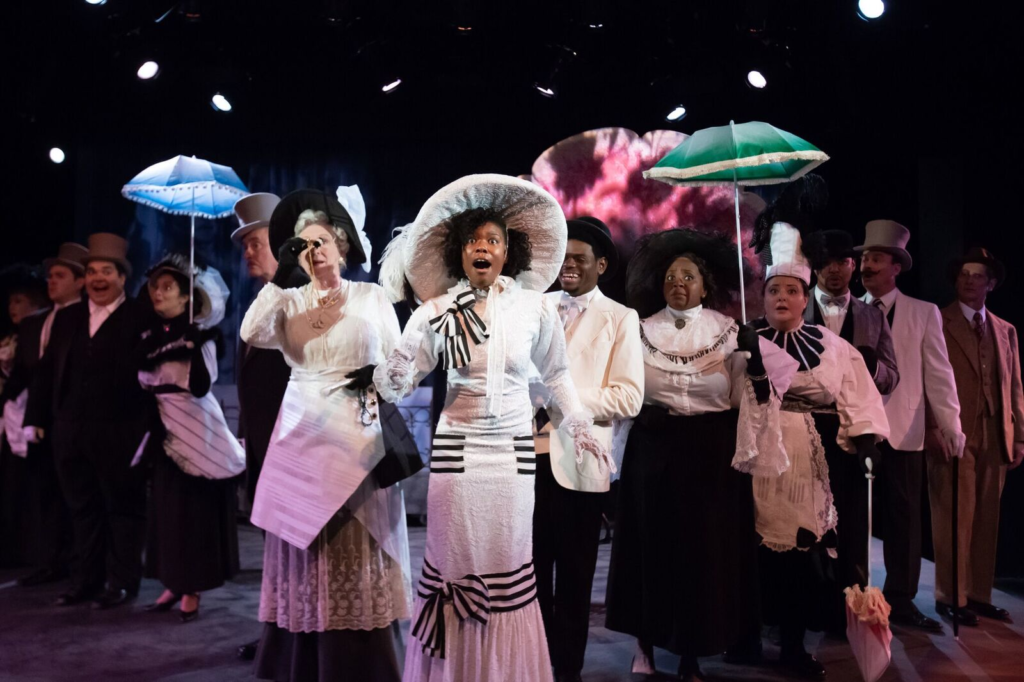 The show, however, is long. The first act runs about 90 minutes, and the hourlong Act 2 feels slow-paced and sometimes stagnant, losing momentum. A couple of songs, too, suffer from an abundance of blocking (in their defense, the actors do have to play to three sides).

The performers are the main attraction. Roach is precise in his depiction of the unlikable academic more concerned with words than with people, Jones ably maneuvers the range of Eliza’s changes, and Gibby Brand brings depth and nuance to Higgins’ friend. In supporting roles, Martin Buchanan filters humor through the ne’er-do-well Alfred Doolittle, Eliza’s badly behaved dad; Darrington Clark is ebullient and mellifluous-voiced as love interest Freddy; Marilyn Lynch adds softness to the seemingly hardened upper-class Mrs. Higgins; and Margaret Shelby, hilarious as the maniacal maid Edith in the recent Blithe Spirit at KCAT, here transforms into a more sternly subdued housekeeper Mrs. Pearce. The costumes from designer Shannon Smith-Regnier are delicious eye candy.

Much of the music (rendered here by a six-piece orchestra, directed by Jason Bell) is enduring. Show highlights: “The Rain in Spain” (Jones, Roach and Gibby Brand), “Ascot Gavotte” (Ensemble), “Get Me to the Church on Time” (Buchanan), and the nearly show-stealing “On the Street Where You Live” (Clark).

In an insightful moment, Eliza notes that the difference between a lady and a flower girl is not in how she behaves but in how she’s treated. It’s a salient point. If only the popular My Fair Lady, musical numbers aside, could make it more clearly — and concisely.