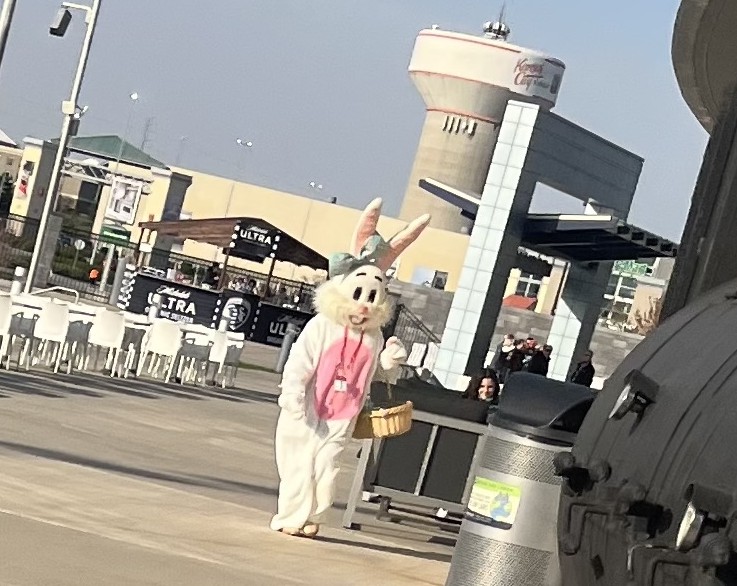 The Easter Bunny from Hell. // Photo by Patrick Moore

Eating 100mg of THC is no big deal for me. Usually. I don’t mean this as a brag either. Edibles affect everybody differently, and I have a moderate to high tolerance from eating them all the time. Before I attended my first KC Current game, I thought I should eat a whole chocolate bar.

Instead of going with my usual, which is the Panda 100mg Chocolate Shake bar (yes, it tastes just like a milkshake because we live in the future and not everything is terrible), I decided to try something new. I purchased a Honeybee Salted Brownie Batter dark chocolate bar. It’s 1:1, meaning it’s 100mg THC and 100mg CBD. And depending on where you go, the price may vary, but I got it for $30.

This is the best tasting edible I’ve had in Missouri as a medical patient thus far.

I was going to eat the whole thing anyway, but it tastes so good I don’t know how anyone could just have one piece (I’m an alcoholic).

Admittedly, I am a big dark chocolate fan, but the way the salt is distributed takes away any bitterness that one might dislike. I always thought CBD was a scam targeting the elderly, but I am here to tell you that when paired with an equal amount of THC, it will apparently take you into a Michael Jackson propofol state of euphoria.

This is the single best experience I’ve ever had at a live sporting event, and I watched Michael Jordan play basketball in Chicago.

The Current are playing their games at Children’s Mercy Park while the new stadium is being build on the Riverfront. I started doing stand up comedy at Stanford & Sons at the Legends in 2012. It’s been closed for a while, and their story is one for another time.

I decided to see what was still around and took my edible there. I parked in the same place I did 10 years ago. I half expected to still see Craig Glazer’s Lotus parked in the handicap spot closest to the club. 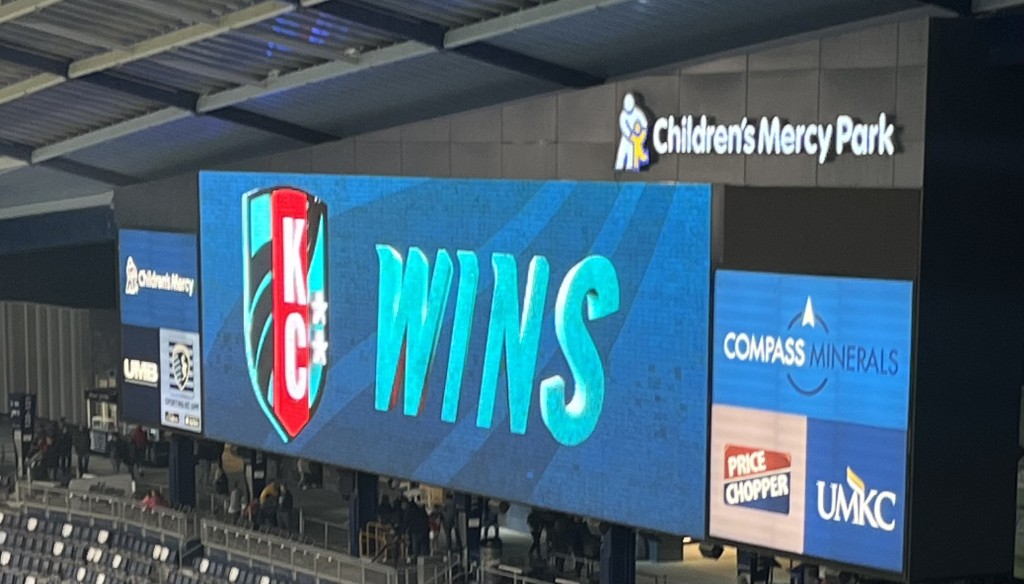 “They need a special flat bed truck to tow me and nobody has one,” he would always say. Craig was a charmer.

Everything still looks the same, and they’ve done nothing with the building. It’s honestly super depressing. I ate the whole chocolate bar and headed across the street for the game.

It was the 2022 Challenge Cup against the Houston Dash. This game was already covered by The Pitch with amazing pictures, but my experience on 100mg of THC and CBD was a little different.

It was Easter weekend, which I had forgotten. The second I walked through the gates I saw a gigantic bunny rabbit making a beeline directly towards me. I thought I was going to have a Donnie Darko situation IRL.

“Holy shit this is a good edible,” I thought to myself before realizing it was, in fact, a man in a bunny rabbit costume handing out eggs to children. I still think he knew I was high. The edible was kicking in. 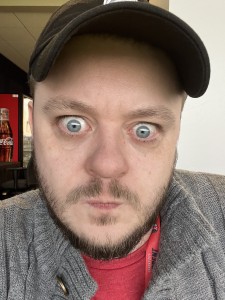 I checked in at the press box and got my seat. Here is an abridged timeline I kept track of at the game:

6:55 p.m. – Fireworks go off and I almost have a fucking heart attack.

I started to go for a walk around the stadium, because I thought that would be good for me. When I left the press box and walked towards the elevator, there was one woman waiting to go down as well. She took one look at me and walked away in the opposite direction. I took the elevator down by myself.

Honest to God, I could not tell you what happened in the second half of this game. I stopped taking notes and just had the time of my life. I was living in the moment and was the biggest KC Current fan in the stadium. I clapped, cheered, and cursed loudly.

A radio broadcaster or podcaster sitting in front of me even moved. They won the game, and all I could think about was getting a frozen mocha coffee thing from Dutch Bros. across the street. I had the munchies hardcore.

This time I took the elevator down with other people. Apparently, I took it too far down and wound up in the locker room.

This is not what I wanted. I waited for what felt like 45 minutes for the elevator to come back. I finally got to ground level, and then I got back to my car.

More importantly, I got my Dutch Bros. frozen coffee and made it home safely.

The Current won the next week, too. They’re really good, and the games are a blast even if you aren’t high. But it doesn’t hurt.