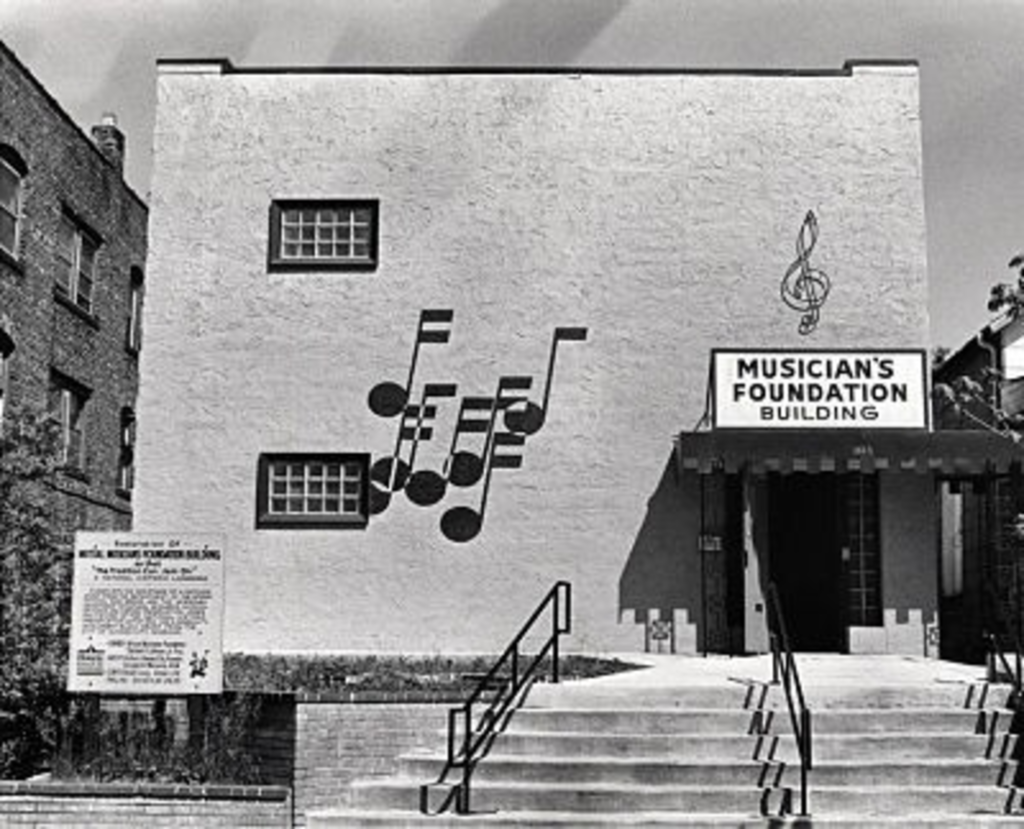 Thanks to our friend Scott for bringing this to our attention. For the this past Sunday’s New York Times Magazine, “Epicenters” columnist Stephen Metcalf ventured from the Big Snobegranate all the way down to Kansas CIty’s 18th and Vine district to check out the Mutual Musicians Foundation. His take is pretty right-on: “The Foundation is both a place people come to from all over the world and a place to which many people will not go; it is, in other words, both a temple and a Godforsaken dump.”

The story and attending photographs are published on the Times Web site as a Flash feature. Hopefully, these links are right: story and photos. You’re smart, you’ll figure it out.

Metcalf meets with septuagenarian proprietor Betty Crow and digs the late-night scene, encountering a grousing “elder statesman” who seems not to be so much a fan of the college students who have shown up this night to provide the after-hours music.

The real action, however, was downstairs, the boozy-woozy way station between the entrance, the stairs and the suspiciously well-trafficked bathrooms. A bottle blonde in a too-tight denim skirt stabbed furiously at her cellphone. The elder statesman, in a red satin shirt and a derby, sat in judgment of the playing above. (”College thang,” he said, shaking his head. ”When I came here, it wasn’t college. If they didn’t feel you were right, they sent you back. ‘You ain’t ready yet.’ Now you just come in here and play.”)

Hmmmm… Interesting. Last time I was at the Foundation, I got the impression that if the youngsters hadn’t shown up, there wouldn’t have been enough for much of a jam. But I don’t go there regularly. Does anyone out there have insight? Are the kids running amok like cuckoos, casting the elder statesmen out of their beloved nest like aged jazz chicklings?

Did You Know?: In 2006, NPR’s StoryCorps project stopped by the MMF.