Must See Bleeding Heart Art at the Nelson-Atkins Museum 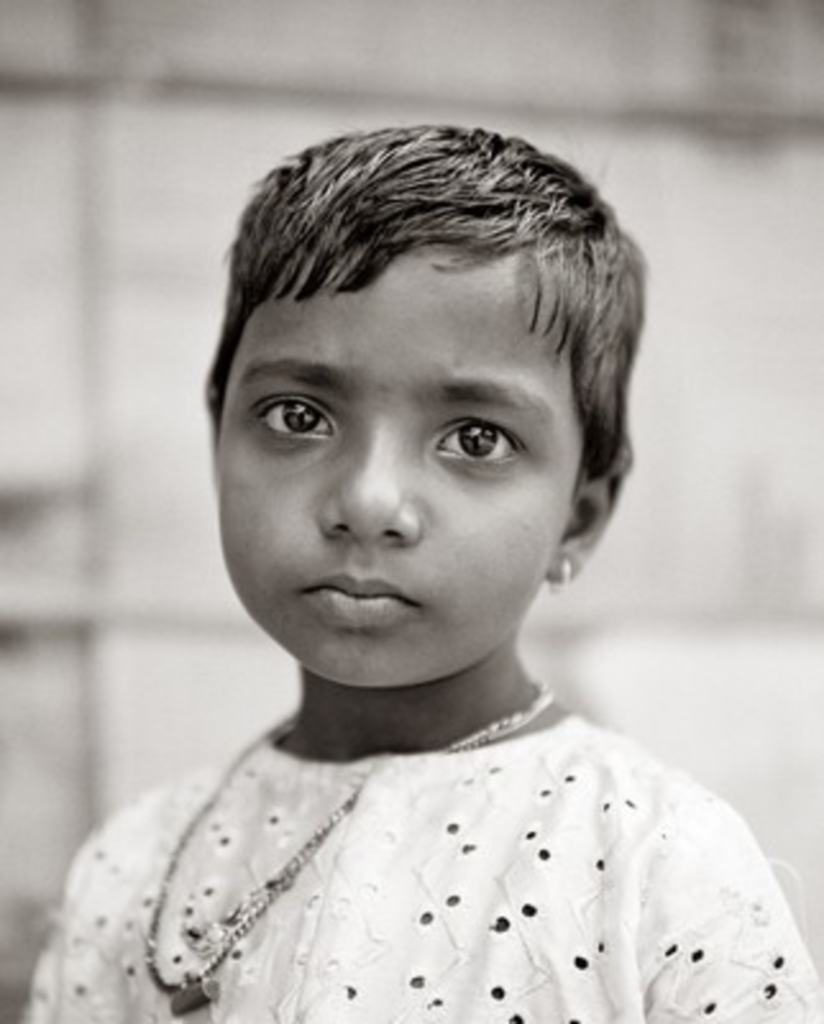 The eyes staring back from the walls of the Nelson-Atkins Museum of Art‘s current featured exhibit are not pleading for your help. Rather, most of the Indian women and girls photographed by artist-activist Fazal Sheikh for the exhibit Beloved Daughters appear resigned to their fates, however harrowing. Some of the women don’t look into the camera at all, the outline of their faces barely visible beneath white shrouds. Others are visible only from behind.

The show, which opens to the public on Saturday, takes up two rooms. In the first are portraits of infants to young women from Sheikh’s Ladli series. The second room contains portraits of widows taken in the holy city of Vrindavan for Sheikh’s Moksha series. The black and white photographs are paired with testimonies — stories of abuse, piety, hopelessness and loss in the women’s own words. Young girls speak of abandonment by their parents; widows tell of being kicked out by their children; young women share the pain of forced marriages and beatings incurred for bearing female offspring. Sheikh’s photographs literally put faces to the problems of poverty and human rights that we are accustomed to hearing about in statistical form.