Music Forecast for the week 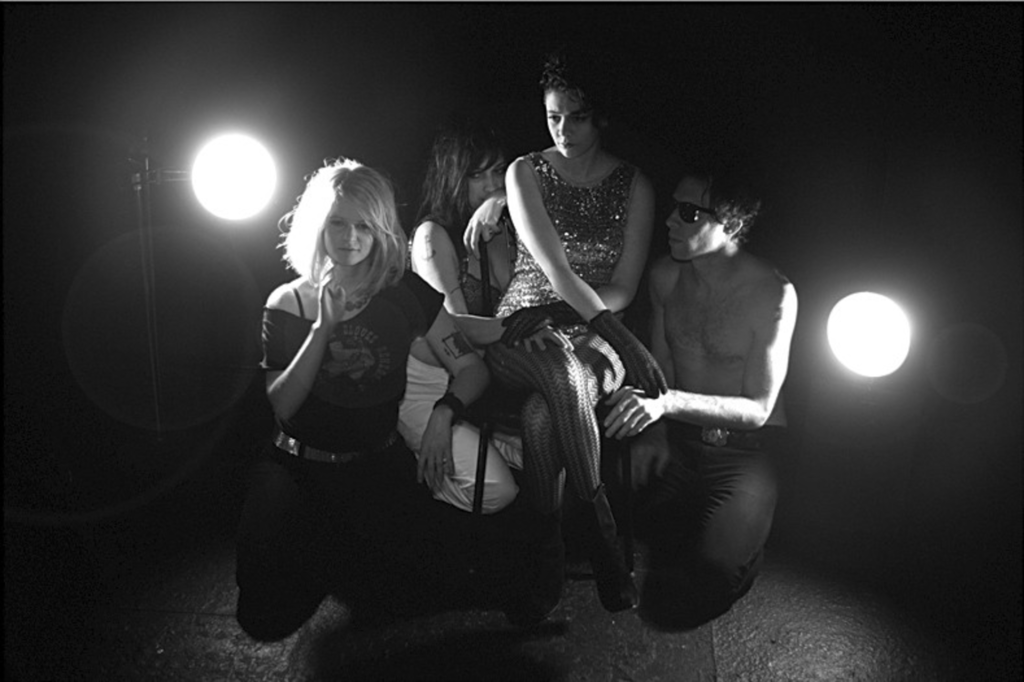 Those Darlins
For whatever reason — possibly because they’re from Murfreesboro, Tennessee, or because they tend to wear boots in promo photos — Those Darlins often get tagged as a cowpunk act. The sound of this three-fourths girl group has traces of country and punk, but if you put on a blindfold and listen to its latest, Screws Get Loose, you’ll probably say it sounded like 1960s pop music: like the Ronettes backed by the Sonics. Those Darlins were in town just a few weeks ago, opening for Old 97’s at Crossroads KC, but this RecordBar date should be a much better setting for their rowdy live show.
Wednesday, August 10, at RecordBar (1020 Westport Road, 816-753-5207)

Sugarland, with Sara Bareilles
Modern country acts love to play up their love for the simple pleasures in life: cold beer, God, pairs of jeans that fit just right, pickup trucks, voting against one’s own best economic interests. But the way a lot of these bands are recording lately suggests that they might not be entirely satisfied just playin’ songs on a front porch. Man-woman duo Sugarland’s latest, The Incredible Machine, has a broad studio gloss rivaling acts like the Black Eyed Peas and Bon Jovi — coastal elites! — making it clear that the band is officially gunning for arenas. It ain’t what I’d call country music, but that hardly seems to be the point.
Sunday, August 7, at the Sprint Center (1407 Grand, 816-949-7000)

Brewer and Shipley, with the Nitty Gritty Dirt Band
In the late 1960s, Michael Brewer and Tom Shipley quit their jobs as staff songwriters in Los Angeles and moved to Kansas City to work shitty jobs and focus on creating music together. That partnership yielded “One Toke Over the Line,” one of the most famous songs ever associated with an act from our fair city. It was a big enough hit to be included on the AM Gold compilation (the Nuggets of the 1970s folk-rock/easy-listening scene) and quoted in Hunter S. Thompson’s Fear and Loathing in Las Vegas. Have some fucking respect for your elders and get your ass down to Crossroads KC to see these guys.
Friday, August 5, at Crossroads KC at Grinders (417 East 18th Street, 785-749-3434)

Whitesnake, with Bang Tango
It’s summer in Kansas City, which means the parade of reunited, reassembled or otherwise over-the-hill ’80s hair-metal acts marching through town is in full swing. You know Whitesnake isn’t gonna miss a party like that. Frontman David Coverdale — arguably the owner of the finest rock mane of that decade — is still in the driver’s seat, and the band is stopping by in support of its latest, Forevermore. I haven’t gotten around to listening to it, but my gut tells me that this show will feature plenty of monster rock riffs, power ballads and double-entendres. Also: single-entendres.
Tuesday, August 9, at the Midland (1228 Main, 816-283-9921)

Big Smith, with King Harvest
A couple of years back, a documentary called Homemade Hillbilly Jam made the festival rounds. The film explored how “hillbilly” music has survived and evolved in the cradle of the Ozark Mountains, and the primary act it spotlighted was a southern Missouri folk-bluegrass band of cousins called Big Smith. The group certainly pays quite a bit of respect to its geographical musical heritage, but its old-time sound has a liveliness and an energy that translate nicely in a bar setting — particularly a bar like Knuckleheads.
Friday, August 5, at Knuckleheads (2715 Rochester, 816-483-1456)