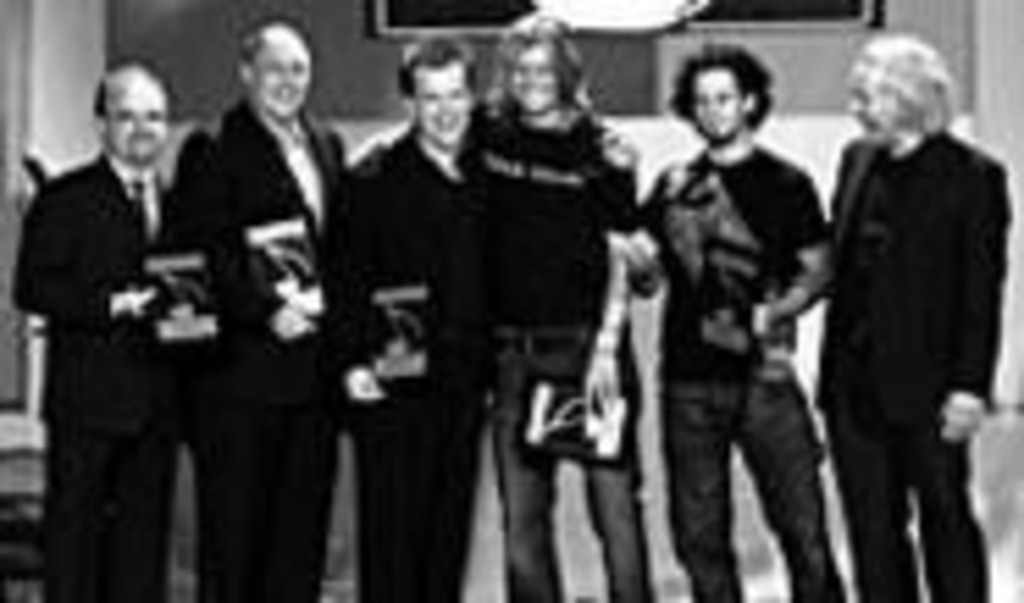 Songwriter Jimmy Allen has a heartwarming tale to tell. It starts with a nineteen-year-old Chanute, Kansas, native making the two-hour drive to Kansas City in hopes of starting a band, the first step down a yellow-brick road that eventually leads him to Los Angeles. On May 20, ASCAP named a song Allen cowrote, performed by the KC group he founded, as its Song of the Year. “It really makes a small-town kid feel good,” he says between broad, creased smiles.

Unfortunately for Allen, that’s not the story most people want to hear. “Whenever I do radio interviews, it’s always, ‘Give us some dirt about Wes [Scantlin] and Fred [Durst],'” says the former Puddle of Mudd guitarist. Allen uses an animated, raspy voice as his default delivery when depicting other characters; it’s a natural fit when playing the part of a DJ. “Or they’ll say, ‘Aren’t you pissed?’ What do I have to be pissed about?”

Well, for starters, there’s the widely held belief that Scantlin scrapped a still-intact Kansas City-based version of Puddle of Mudd and replaced his homeboys with Durst cronies. Actually, Allen quit the band two years before Scantlin first met with Durst in 1999. When Durst gave Scantlin an ultimatum — as Vince Neil sang, You’re invited but your friends can’t come — only drummer Kenny Burkitt remained from the original outfit.

Though he didn’t play on Puddle of Mudd’s 2001 major-label debut Come Clean, Allen played a major role in the album’s multiplatinum success. He cowrote “Blurry,” winner of the ASCAP award and the most-played song on rock radio in 2002, as well as “Drift and Die” and “She Hates Me.”

“They wouldn’t have had that album without me,” Allen says. “I created the band, named it and wrote songs for it. Sure, sometimes I wish I was onstage playing with Wes, and maybe someday I will. Why try to cram it all in now?”

Allen can afford to take a wait-and-see approach. He split publishing rights half-and-half with Scantlin, which means he gets enough royalty checks to give him leverage when negotiating a contract for his currently unsigned band, Cutout. But even though this unorthodox partnership has paid dividends, there have been tense moments. On the first pressings of Come Clean, Allen’s name was misspelled, and he remained uncredited for two of his contributions.

“That was the biggest blow,” Allen recalls. “It hurt my feelings, but Wes got it changed. He said, ‘I don’t want you getting pissed at me and taking my songs away.'”

That might not sound particularly compassionate on Scantlin’s part, but Allen says he’s all business these days.

“There’s a lot of stress on him,” he says, punctuating his phrasing with pauses. “He’s a good guy, but he’s got tunnel vision right now.”

Allen, on the other hand, is exploring myriad options. Cutout recently recorded some tracks with producer Troy Van Leeuwen, who harnessed Queens of the Stone Age‘s desert heat on last year’s Songs for the Deaf. While he builds Cutout’s buzz with L.A. shows, Allen is also considering collaborations with Bif Naked and Linda Perry, fresh from her song-doctoring stints with Christina Aguilera and Pink.

Even with such star power waiting in the wings, Allen’s story isn’t glamorous. And he’s tempting fate and critical mockery as the former member of a later-popular band titling his comeback project Cutout.

But Allen, unlike the California-culture-immersed Scantlin, is a proud native son for whom the Kansas City music community can root. He lists Molly McGuire and Shiner among his favorite-ever acts, and he touts our Metalville as far superior to the Los Angeles hard-rock scene. “The bands in bars there sound like Ratt,” Allen says. “I told everyone that if we played that way in Kansas City, we’d have gotten our asses kicked.”

Allen isn’t a rock star. Even if he scales that level of success, he won’t act like a rock star. And that’s a good thing. “A lot of kids come up to me in Chanute and tell me, ‘I appreciate your music,'” Allen says. “It’s refreshing. Even here [in Kansas City], people will come over to my sister’s house and bring over five CDs for me to autograph. It makes me feel special.”

Such interactions make local music fans feel special as well. Finally, they have a part of Puddle of Mudd to call their own.