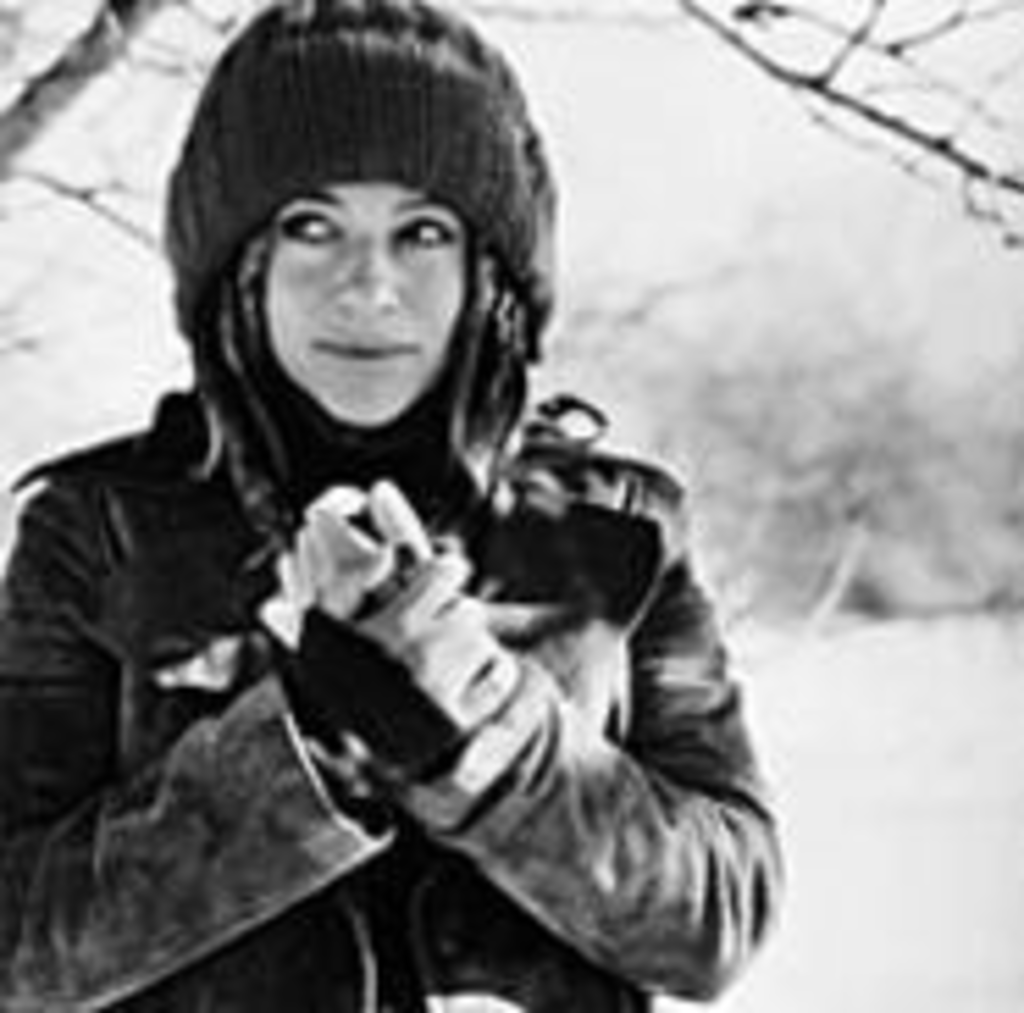 I’ve just told her that sometimes I buy albums based on who the producer is. Surprisingly, after an entire career of not working with producers per se (she has coproduced for several years with her estranged husband and creative partner, Andrew Gilchrist), DiFranco say she’s ready to work with one, especially after recording her latest album, Educated Guess, entirely on her own.

“I’m considering it a lot right now,” she explains. “After having my solo voyage — and being just infinitely frustrated by being my own everything — I’m quite ready to go into a studio with some musicians. I’m already scheming as to who I’d love to play with and also a coproducer. I’m thinking I want to do exactly the opposite [of Educated] now.”

DiFranco is as notoriously self-critical as she is prolific. Despite misgivings about her recording skills, she has nonetheless racked up a long list of often-impressive albums, each of which possesses a distinct sonic personality. Not that it matters much, because she can hardly bear listening to most of her completed albums.

“It’s excruciating and brutal, and I can’t really take it,” she says of listening to her back catalog. “The songs I love. The songs are my children, but the recordings are very … faulty. I certainly haven’t been an expert record maker — at least for the first fifteen records.”

Right. Most musicians hit their stride on their second batch of fifteen records. But DiFranco has held a certain wariness about her studio awareness ever since her first recording experience.

“Just picture being an eighteen-year-old girl who goes to a recording studio, and there’s a bunch of metal-haired guys and you’re standing there singing My cunt is built like a wound that won’t heal,” she says. “You’re so intimidated, and these guys are looking at you like, ‘Oh, Jesus,’ and there’s no aesthetic that you have to rely on, no self-confidence. I’ve made recordings where I was crying singing the songs because the engineer was so mean and I was so uncomfortable and I was such a powerless girl.

“Whether I can sing or not is affected by the circumstance, which is why I’ve happily made a home for myself onstage, so I can really become the music,” she continues. “But on so many of the recordings, I’m very uncomfortable and I’m not at home and the songs are not themselves and the girl is not OK in her skin. Or this is the way I hear them. I hear all the faults. At least I feel good about the new record in that I was in my body for the recording of it.” She laughs. “And that’s a good start.”

Despite the powerlessness she describes, it’s hardly surprising that DiFranco has long had a self-reliant streak, which she downplays as “a combination of capability and circumstance.” The circumstance, in her case, was the splintering of her family.

“I was an emancipated minor,” she explains. “I was sort of on my own at sixteen and kind of passing in the adult world. I had an apartment. I had a couple jobs. I had a little band together. I was playing in bars that I, of course, was not of age to drink in. But I was just there to work from the beginning.”

“I went down to the administration and said, ‘OK, here’s my plan,’ and they, of course, said no,” DiFranco says. “I told them I was just going to drop out — which was true — if they didn’t just let me do it in three years, so they relented. To be a self-sufficient, working adult who has to waste most of their working day in high school, it’s just impractical.”

Not long after graduating, DiFranco became an icon of an independent, success-on-your-own-terms ethic. Like Ian MacKaye, Jello Biafra and Henry Rollins, she sees art as an inextricable agent of activism. Never shy about her politics, DiFranco has recently begun backing the presidential campaign of Ohio Democratic Rep. Dennis Kucinich.

“I dare you to read anything he’s written in the last bunch of years and find bullshit in it,” she says. “It’s amazing. It’s like, ‘Wow! Wait — there’s a good man with his head screwed on. And he’s in politics?'”

DiFranco has built her own sizable following both as an artist and as a totem to musical independence with the emergence of her own Righteous Babe label as a significant force in an industry that is treacherous for such endeavors. With that kind of cred behind her, it’s obvious why DiFranco would champion an underdog like Kucinich and believe that he can win.

“There are so many people out there that, because I’ve remained independent, I’ve met and am stronger for,” DiFranco says. “I feel like I am beginning to build a community and, with a lot of other people, find a path out of these dark woods. I figure it’s not going to happen how Americans want it to happen — like, now, and without any effort. But I think there’s the beginnings of a social movement, and I’m prepared to spend a lifetime.”

Yet, in the same breath, DiFranco’s ardent activism and determination toward her music have left her weary. The solitude of Educated reflects her desire to take a step back from the maelstrom she’s helped to create.

“I kind of want to stop touring a little — just for a minute, not forever — ’cause I work constantly, so maybe I just need a break,” DiFranco says. “I need to maybe just get away … and just be … ” She pauses. “Quiet for a while.”