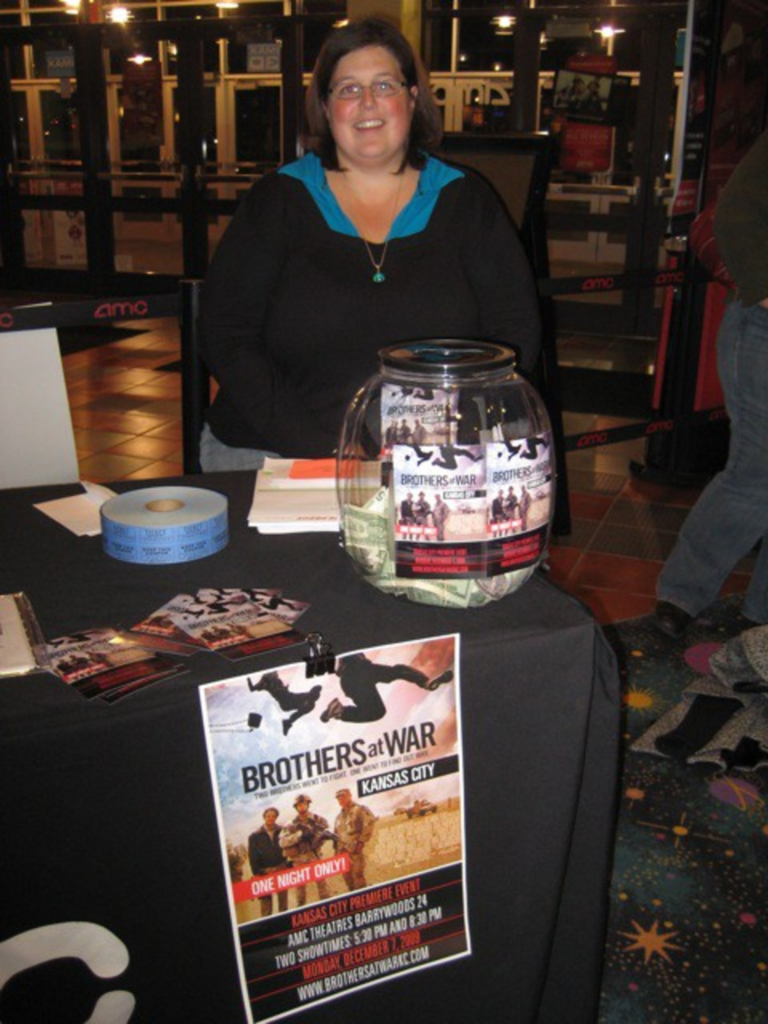 Over the past few weeks, Shelby Diltz canvassed dreary parking lots and left stacks of fliers everywhere she could think of, trying to drum up attendance for a one-night screening of Brothers at War.

Produced by actor Gary Sinise, the movie follows Jake Rademacher, a filmmaker who travels to Iraq to better understand the life and work of his two brothers serving in the Army. There’s no clear tie to Kansas City — and Diltz doesn’t have a family member serving overseas. But when the event planner heard about Brothers at War on the radio, it resonated with her.

Growing up, Diltz’ grandfather told stories about his service in World War II. But now that the military is fighting on two fronts, though, soldiers in Iraq and Afghanistan are struggling to make ends meet and provide for their families back home. “I feel like, to an extent, the government is not doing enough for them, so we need to do something for them,” Diltz said.

Brothers at War gave her an avenue of action. Rademacher was happy to make his movie a vehicle for fundraising, so Diltz arranged a screening at AMC BarryWoods 24 to gather some cash for USA Cares — a national non-profit that helps service members make mortgage payments and maintain utilities. Last night, even before the first of two screenings, the donation jar was half-full. “This is for families and the movie is about families,” she said.

And the movie was well-worth the donation. Though the cliché music and intermittent voice-overs were cringingly corny, the film itself was alternately hilarious and heart-stopping. Counterbalancing the breezy and crude camaraderie among the troops, Rademacher intimately captures the challenges military life imposes on his own family and gets unfettered access to dangerous — and bloody — missions in Iraq.

Diltz is considering another screening in January and, if she pulls it together, Brothers at War is a must-see. In the meantime, though, she’s leaving last night’s promotional site open for donations.