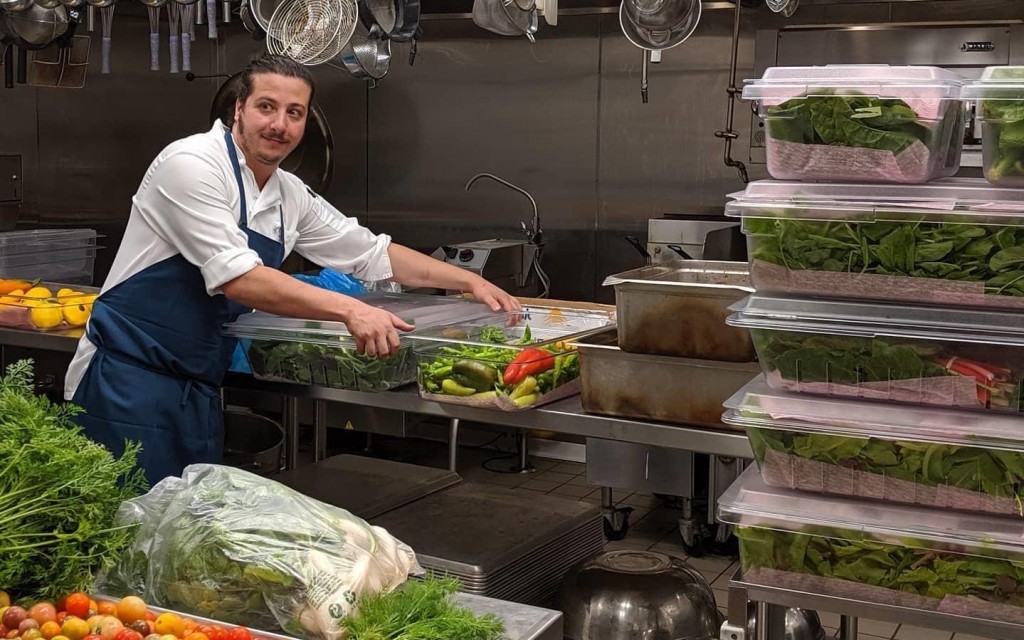 Vella in the kitchen. // Photo by Joe West

A gutting loss for the local restaurant industry in an already-cruel season: Nick Vella, the chef and puckish visionary behind Observation Pizza, died in a motorcycle accident early Saturday morning.

Vella started Observation Pizza while on pandemic furlough from The Savoy at 21c, where he had worked as Chef de Cuisine alongside Chef Joe West. What started with a handful of pies baked in Vella’s apartment oven and sold via Instagram DM quickly scaled up to a cult-hit business with delivery and an online scheduling and appointment system.

Vella’s pizza was unequivocally exceptional, with a peerless chewy-sturdy sourdough crust and creative toppings that combined top-shelf, chef-y ingredients with winking reminders that pizza is supposed to be fun. Fan favorites included the “Bobby Shazam,” which featured mortadella, American cheese, bacon fat, and ranch, and the “Maltese James Brown,” an anchovy, caper, potato and ricotta pie that paid homage to Vella’s Maltese heritage.

When The Savoy at 21c reopened, Vella decided to stick with Observation Pizza and go all-in on his dream. He started operating out of a commercial kitchen in The Bauer Building in the Crossroads. He brought on pastry chef Melissa Dodd to develop ice cream desserts. He hired employees (“pizzabois”) to expand production and delivery service. He was doing everything right, and he was doing it with humor and a clear point of view.

His death is devastating for his friends and family but also for the local dining scene. Vella was a rising star with talent, vision, and the work ethic and savvy to see it through. He was also a bright spark of optimism when the city needed it most. He found a way to build a flourishing business during the most inhospitable time for the restaurant industry imaginable.

“He was genuine, thoughtful, and always had ideas for everything,” wrote West in a tribute on Facebook. “He made me feel like I could cook the way I really wanted to, with spontaneity and feel.”

Nick Vella was already a success. He was going to be so much more.

A memorial for Vella is planned Tuesday, August 25 at the Savoy.

Disclaimer: Vella’s girlfriend is a personal friend of the author.