Mother! is as crazy as you want it to be 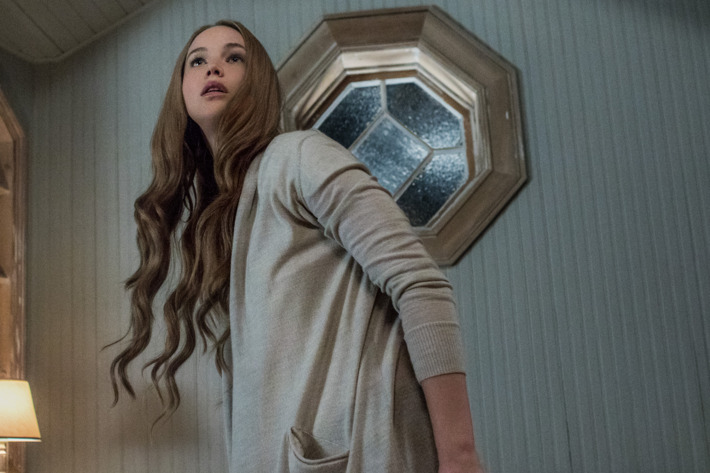 There’s a reason that 100 percent of the marketing campaign for Darren Aronofsky’s new film — Mother! (starring Jennifer Lawrence in the title role, with the studio preferring that everybody lowercase the M and at all times use that exclamation mark) — centers on revealing 0 percent of the plot. All involved are pushing mightily to make us imagine that we’re in for an unprecedented cinematic shock.

Given that, it isn’t shocking to find that the movie makes up for that information void by explaining itself way too much as it actually unspools. Still, writer-director Aronofsky has made something brutal and funny, a maddening prank on those who take their stories too literally.

Aronofsky and his studio this time, Paramount, want the movie to be embraced by the art-house crowd that made his past successes (Black Swan, The Wrestler, Requiem for a Dream) such conversation pieces. They also have clearly aimed to maximize the movie’s commercial appeal — even as Mother! confronts and confounds mainstream expectations.

That’s a laudable ambition, not least because there are plenty of people out there who take their stories way too literally. (For the record, the classic Gary Cooper western High Noon is about McCarthyism, Who Framed Roger Rabbit is about segregation, and Wall-E is about preserving the planet.) And if Mother! had ended about three minutes earlier than it does, it would be in the running for best film of the year. As it is, we still get one of the most vicious examples of escalating trauma ever put to film, and Aronofsky proves himself to be a master manipulator.

Let’s dispense with the formalities: If you’re planning to buy a ticket for Mother! and want to go in cold, stop reading now. (Come back after you’ve seen it.)

Are you here? Good.

Did Birdman bug you the way it bugged me? I admire how the film challenges convention with it’s fluid “one-shot” gimmick, but it stumbles in asking us to sympathize too much with Michael Keaton’s beleaguered action hero, and writer-director Alejandro González Iñárritu gives him mouthfuls of self-aggrandizing prose about his true being as an “artist.”

Suffering from the same malady is Mother!’s Javier Bardem, who plays a lionized poet. Here, though, the whole tortured-artist thing is designed to bug you.

In this way, Mother! is similar to Aronofsky’s triumphant Black Swan, which posits that in order to make great art, the artist must go endure intense suffering. Bardem’s poet is the husband of Lawrence’s obedient wife, who is remodeling their house after a fire. Lawrence is radiant, nurturing, understanding — everything a great writer would want in a muse. Her scrubbed, angelic visage reflects this, and we identify with her, partly because she seems to be the only sane one in the house. (Does that make this a feminist picture in disguise? Something to set aside for later discussion.)

But Aronofsky would have the literal-minded believe that this is merely a married couple, in a big, secluded old house, trying to live a fulfilled life. Even though the film’s opening sequence tells us something different and more fantastical is at work — and even though the house itself is bleeding and pulsing with life — we easily succumb to our temptation to read a given story’s domestic situation as a source of comfort.

Another difference between the far more adventurous Mother! and Birdman is that Aronofsky asks you to identify with the wife, not the “genius.” If there’s any reason for this film to fall into the category of horror, it’s because we follow Lawrence around (much as we do Mickey Rourke’s tragic title character in The Wrestler) and experience the most unreal of circumstances as if they were all actually taking place in her house. Mother!  is essentially a chamber funhouse horror film, with an emphasis on not-so-fun psychological torture. 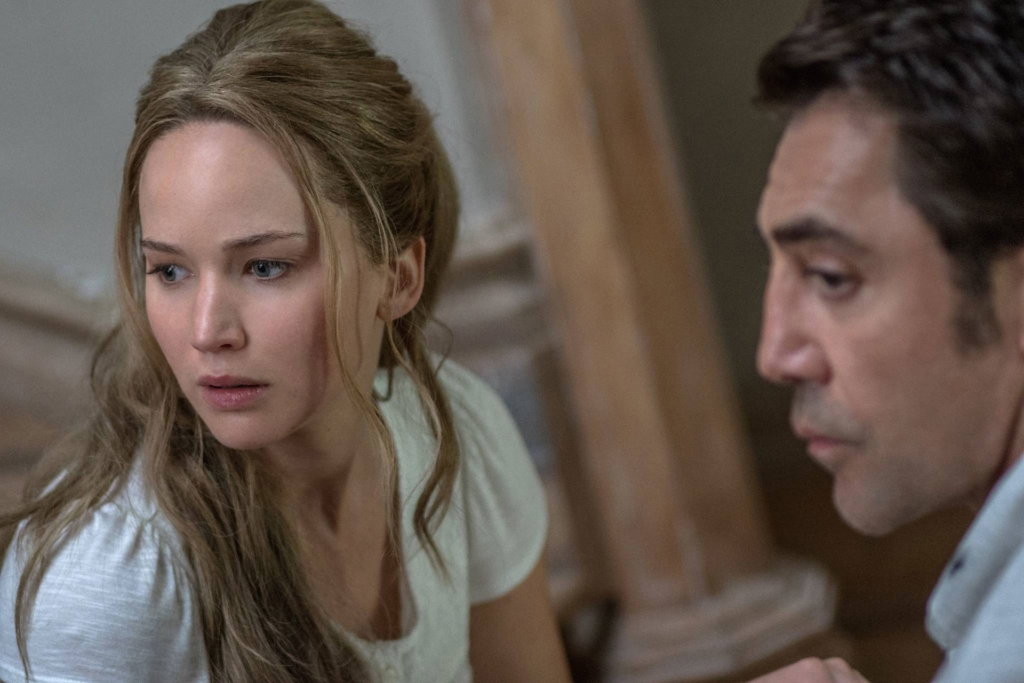 It begins with visitors Ed Harris and Michelle Pfeiffer dismantling and violating every unspoken rule about what constitutes acceptable behavior, and builds through moments of such inspired absurdity that it’s hard not to react physically. (For me, this manifested in uncomfortable and inappropriate laughter.) Aronofsky darts so quickly from one insanity to the next that the moments barely have time to register. You feel Lawrence’s exasperation but keep moving along with the ride. There are so many of these moments early in the film that leaving behind the bounds of the reality we are presented with is surprisingly easy. But in order to maintain your own sanity, you must resist.

Once you achieve some detachment from what looks like its plot, Mother! becomes sickeningly funny. Is it a Grimm fairy tale? Is it a parable about Mother Earth? Is it a condemnation of social media? Is it a biblical metaphor? (Is it every biblical metaphor?) Maybe it’s all of these. Maybe it’s whatever you want it to be.

Aronofsky’s achievement here is the sheer force and momentum of his filmmaking. When everything onscreen is in the service of one big metaphor (whatever metaphor), suspense is often forgotten. Just ask Ben Wheatley. He tried to adapt J.G. Ballard’s 1975 consumer-culture satire novel, High Rise, two years ago, and the result was challenging but dramatically inert. Here, Aronofsky has it both ways, with riveting and hilarious results.

Inevitably, the ending is a let-down, one of those that references earlier shots to give a sense of closure, a feeling that we’ve solved a puzzle. But I didn’t want answers. I wanted emotional satisfaction. Aronofsky should have been confident in the power of his metaphor(s), that suspense, the breathless pace. There’s power to spare here, but, finally, surplus explication, too.

By then, though, Mother! has offered peak psychological horror, peak camp and peak physical horror. That’s a lot.