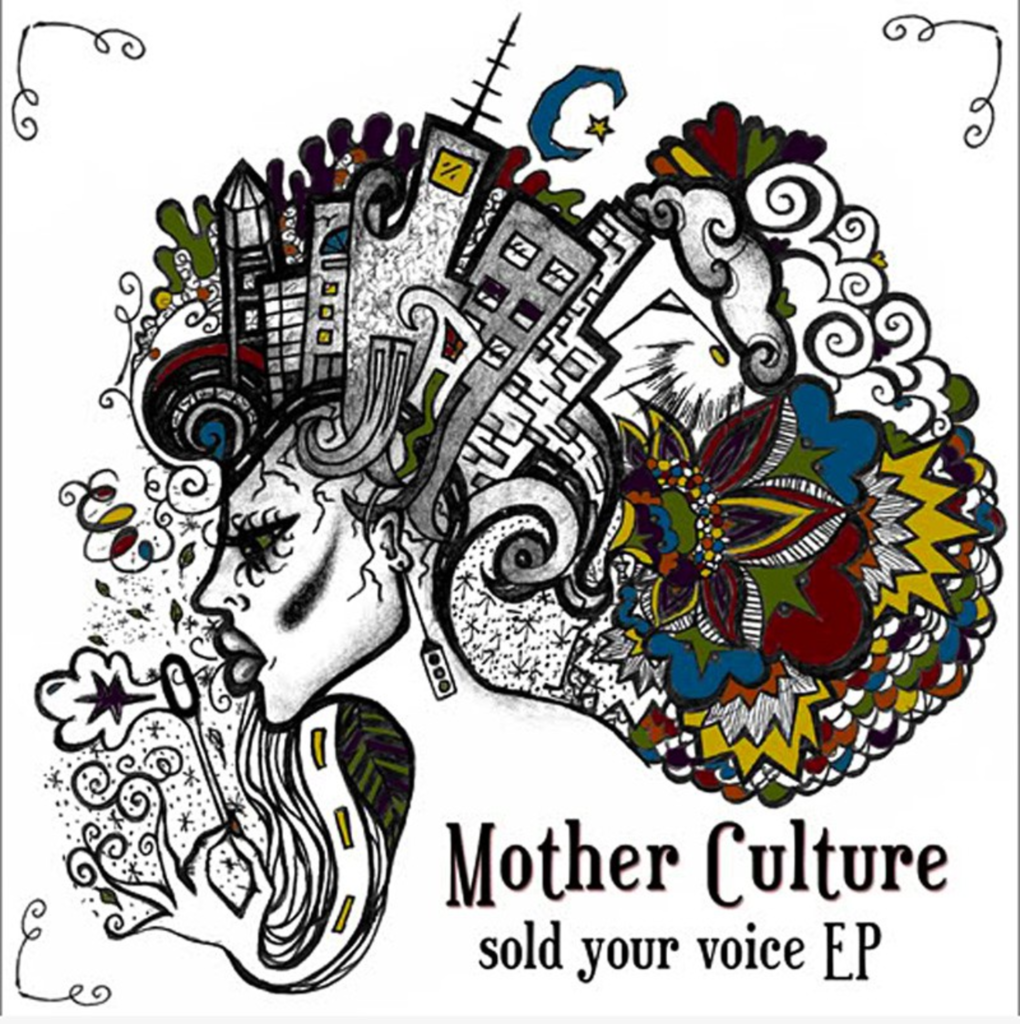 The term mother culture summons hazy images of Mesopotamia and shamanic chants. Thankfully, the mysticism implicit in the local band that goes by that name doesn’t translate to its new EP. Mother Culture’s debut exhibits four punchy flavors of the band’s rollicking fusion of melodic alt-rock with communal, Cloud Cult-like vocals. At times, it even sounds like it belongs on Omaha’s Saddle Creek label, as on the sardonic ballad “There’s an Empire in My Head.” (Mother Culture isn’t self-sabotaging like Tim Kasher’s acoustic project, the Good Life, but the roundlike refrains and warbling cries make for a striking sonic resemblance.) Sold Your Voice‘s humanistic skew isn’t unexpected, but some of the group’s stabs at profundity sound preachy: With no more credit cards or bank machines/We could be living/We could fix the fractures in our dreams. Mother Culture’s heart — and sound — is in the right place, though, and the band’s rich, well-orchestrated songs make up for what the lyrics lack, especially given that the band recorded the EP in its apartment. The circumstances of this decision were grim: Drummer Nick Talley was robbed at gunpoint, outside his home last November, of every last cent of the band’s recording money. Pluck and talent can’t be stifled, though, and Mother Culture’s ambition alone makes this an act worth keeping an eye on.