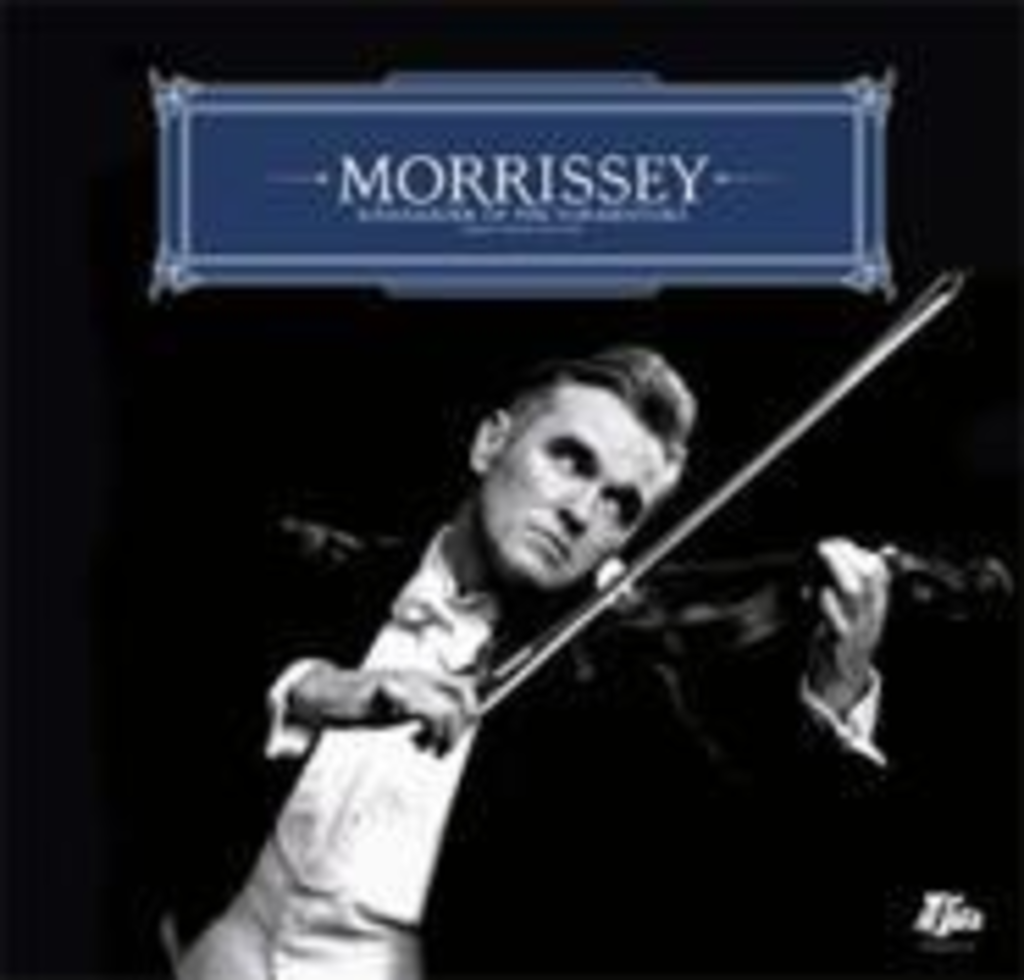 It’s often difficult to critically analyze a much-beloved artist; the reviewer’s tendency is to excuse irksome traits or loathsome sonic detours because of past greatness. So it’s tempting to give Morrissey a free pass for hauling in a children’s choir for several songs on his eighth solo studio album — in fact, the singsongy rugrats add to the creepy patricidal vibe on the otherwise brilliant pop stomp “The Father Who Must Be Killed” — but ultimately their soprano nattering leaves a sour taste. Still, Morrissey has included enough sterling moments on Tormentors to redeem such a misstep. Ballads are downplayed (the ones that are there possess vague electronica undertones, à la Massive Attack) in favor of brisk guitar songs swelling with strings and choruses that ascend like hot-air balloons. Fans will recognize the best bits of Moz’s career in these rock excursions — from the slow chug of “Everyday Is Like Sunday” to Southpaw Grammar‘s dramatic fuzz-swoops and Vauxhall and I‘s muted majesty — and even some new tricks; see the no-wave trumpet bleats on the fab punk buzz “I Just Want to See the Boy Happy.” Whereas 2004’s You Are the Quarry often focused on Moz’s struggle for ethnic identity, Tormentors largely sticks to personal topics, such as losing (and finding!) love, redemption and rebirth, all with rejuvenated cheekiness, as on the string-laden standout “To Me You Are a Work of Art” (And I would give you my heart/That’s if I had one). Even the filler on the disc isn’t embarrassingly maudlin or cheesy, making Tormentors another triumph in Morrissey’s career resurgence.