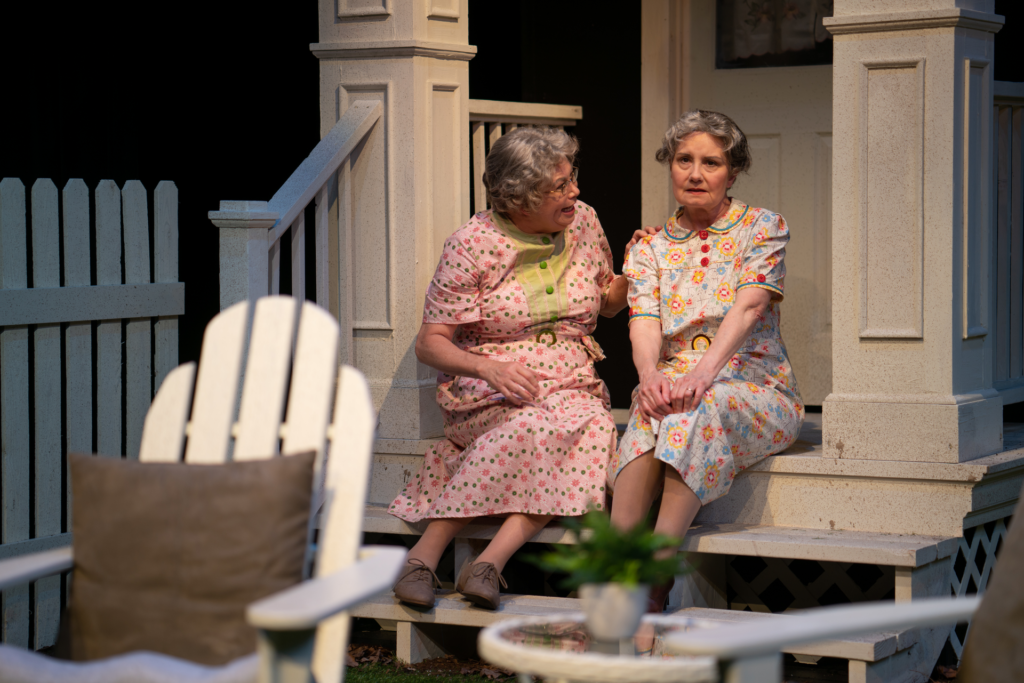 Memories have a way of shortchanging the past. Our rearview reflections tend to compress complex history into “simpler times” and recast previous generations as noble, silent sufferers.

Sometimes, it takes a good work of fiction to remind us that our ancestors were every bit as ditzy, dopey, and ill-equipped for life’s challenges as we are.

So it is with Kansas City Actors Theatre’s revival of Morning’s at Seven, Paul Osborn’s 1939 script about four codependent sisters growing restless in their twilight years. Director Dennis D. Hennessy helms a fast-paced, well-acted production that’s as diverting as a bag of chips in front of the TV.

One relic I’d prefer to leave to the ancestors: the play’s listless opening scene, in which a few characters gossip about guests-to-come and slather on the exposition with a trowel. To be fair to Osborn, it’s a complicated set-up. Sisters Cora and Arry have lived together with Cora’s husband, Thor, for decades (Cora’s not happy about it). A third sister, Ida, lives right next door with her husband, Carl, and her grown-up son, Homer (Ida pretends not to be happy about it). The fourth and oldest sister, Esther, “got out” — in as much as you can consider a house down the road from her sisters “out.” But her continued involvement in her sisters’ relationships puts her own marriage at risk.

Much of the early-play conflict centers around Homer, Ida’s Large Adult Son and the prototype for Matthew McConaughey in Failure to Launch. Homer’s been engaged for seven years but still hasn’t brought his fiancée, Myrtle, home to meet the family. The family cuts a deal behind his back: if Homer doesn’t set a wedding date soon, the house built for him and his bride will be leased to Cora and Thor.

Actor Greg Butell plays Homer with a pathological earnestness that only sharpens the comedy. I’ve seen Butell in different roles over the years, but this is some of his finest work to date: every jab about commitment or blithe allusion to change sends his features spasming through a dozen different emotions before settling into a dopey scowl.

Krista Eyler (in her KCAT debut) is precise and endearingly awkward as Myrtle, a talking doll who breathlessly repeats the same few phrases out of meet-the-parents nerves. Together, the two hold the comedic line while more serious issues — separation, infidelity, existential angst — threaten to intrude from the margins.

For all its dramatic gestures, Morning’s at Seven is supremely goofy. Osborn’s dialogue seems almost anachronistically absurd, conjuring a less self-conscious Christopher Durang. The script is rife with throwaway lines given the weight of koans. The second act opens with Cora’s husband, Thor, chomping through the tail end of a Braeburn. “I hate apples!” he pronounces to the empty backyard before chucking the withered core offstage. 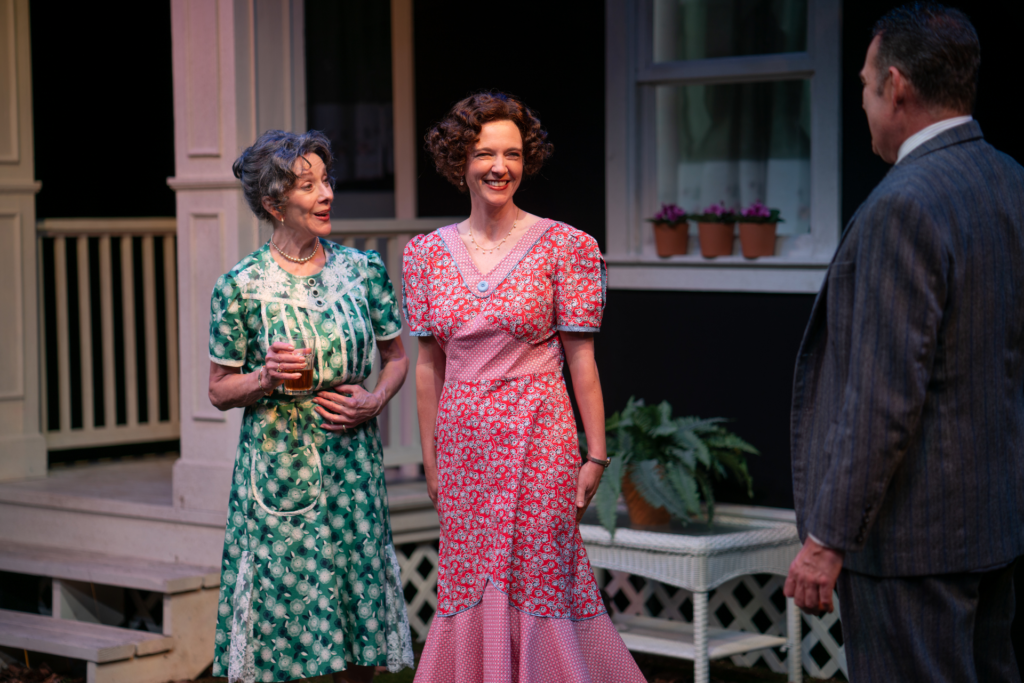 KCAT’s cast makes those lines seem more like character quirks than non-sequiturs. The chemistry between the four sisters is palpable, and Osborn’s script coaxes fresh takes from some of Kansas City’s best-known actors. Peggy Friesen’s first-act pettiness as Esther is an unexpected delight. And Mark Robbins inhabits a small role — Esther’s fed-up husband, David — with exquisite detail. His formal first-act exit earns one of the biggest laughs in the show, amplified by Hennessy’s appropriately silly blocking.

Gary Mosby designs a flat but effective set that emphasizes differences between the couples: Cora and Thor’s house has fresh trim and cute flowerpots on the windowsills, while Carl and Ida’s porch is paint-peeled and weather-worn. And Shane Rowse’s lights conjure the exterior setting with ease.

The sound design, courtesy of Jonathan Robertson, employs acoustic guitar strums and splashes to punctuate memorable lines or dramatic turns. For most of the first act, I was on board — Robertson’s riffs have a goofy soap-opera sensibility that gels with the script’s strange tone. But in the second act, a guitar chimes nearly every time a character enters the scene, turning the backyard into an AOL chat room.

Morning’s at Seven is an odd little show — moments of introspection and molten angst are wrapped up in clowning idiocy like so many pizza rolls. Perhaps as a result, the second-act revelations feel a bit thin. But KCAT succeeds in driving home a key point: that literal and biological proximity aren’t hedges against loneliness.

“You can be alone a lot of different ways,” Cora reminds her husband.

Morning’s at Seven is good company all the same.