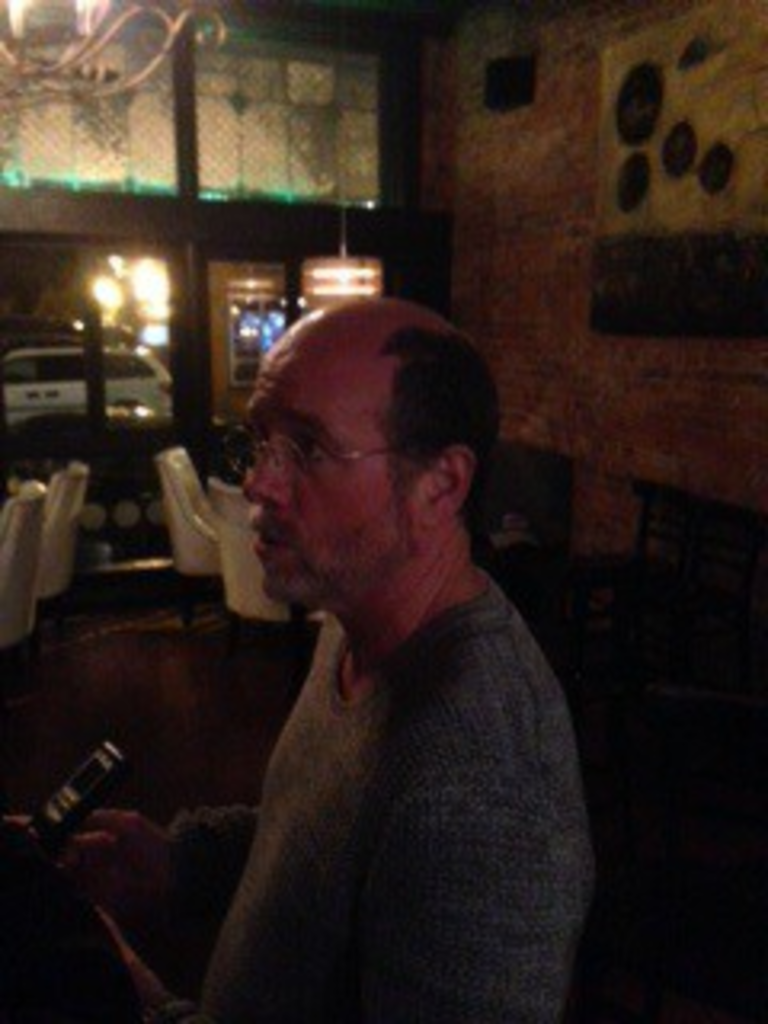 Terrence Nash wedges his way through a crowd at the Drop at Martini Corner on Tuesday night until he spots a familiar face.

It’s Kansas City Star reporter Dave Helling, seated patiently on a barstool waiting to hear election results at a gathering of opponents of a proposed sales-tax increase in Jackson County for medical research.

Nash struck a populist tone that would have been appropriate if the Jackson County translational medical research had lost by a close margin after Tuesday’s election.

But the tax proposal, a measure to raise $800 million for medical research through a half-cent sales-tax increase, got demolished at the ballot box. The 84-16 percent margin against the sales-tax increase suggests that many haves were among the have-nots who dealt the Kansas City area’s civic elite a withering loss.

Even Jim Fitzpatrick, a former Star newsman who campaigned against the sale-tax increase, was astonished by the results.

It’s not like voters on the Missouri side of the state line are allergic to sales-tax increases. Kansas City voters approved a one-eighth-cent sales-tax hike in 2011 for the Kansas City Zoo, and then increased the tax again the following year for roads and parks.

Those sales taxes went to things that voters could see and touch. The medical-research tax would have funded a hard-to-define concept for two private institutions (St. Luke’s Health System and Children’s Mercy Hospital) and a public university (University of Missouri-Kansas City) to pursue goals that could not guarantee results.

Big question: Did voters think the translational research proposal was a crummy idea? Or were they finally sick of the growing sales-tax burden, a lug on purchases that’s often disguised through things like community-improvement districts and transportation-development districts?

“It’s a combination of those two,” Fitzpatrick says. “Taxes and this really questionable proposal coming together and bam, it was like two meteors colliding.”

Proponents of the tax, namely the Civic Council of Greater Kansas City, originally said they would spend $1 million to get the word out about the proposal after it first surfaced less than three months before Election Day. But they probably didn’t count on grassroots opposition from Fitzpatrick, the well-funded personal-injury attorney Brad Bradshaw and the dark-money, ironically named Citizens for Fairness who all coalesced against the tax. So in response, a narrow slice of Kansas City’s business and civic community doled out almost $2 million for an effort that lost mightily at the end of the day.

The Civic Council, the few politicians like Jackson County Executive Mike Sanders who supported the sales-tax increase and the Greater Kansas City Chamber of Commerce, whose board of directors endorsed the tax idea, should be wondering if their priorities are in line with the communities they represent. To be fair, even opponents of the tax think that translational research is an admirable endeavor, but that funding it through sales taxes was ill-conceived.

But rushing a sales-tax measure on a November ballot after being trotted out to the public only months earlier, while launching a tug-the-heartstrings advertising campaign that didn’t demystify the concept of translational research, clearly rubbed voters the wrong way.

It’s difficult to recall such a crushing margin of defeat in a local election.