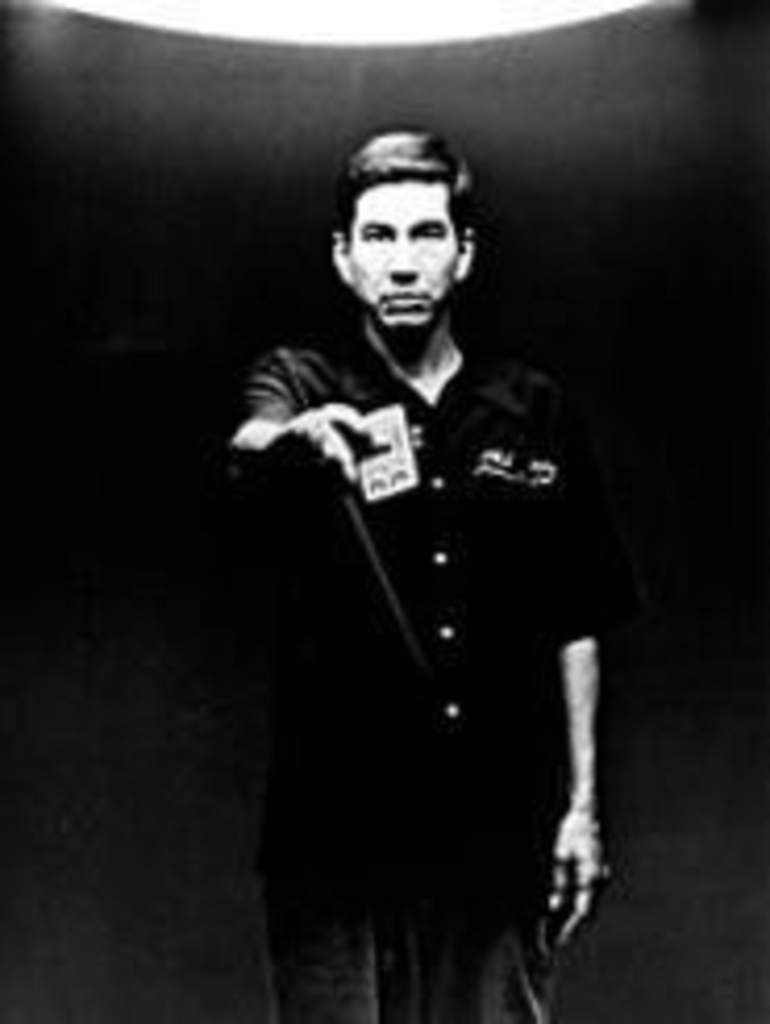 Money Mark‘s moniker might not be familiar, but you’ve probably heard the results of his nimble fingers’ grooving on vintage keyboards and organs. That’s him on the Beastie Boys’ “So What’cha Want” and on Beck’s “Where It’s At,” stapling hooks directly to the skulls of the kids that made both ditties radio and dorm-room staples. He’s worked with Deltron 3030 and Handsome Boy Modeling School; he cowrote Santana’s “Wishing I Was,” and he has three solo albums to his credit, including the just-released Change Is Coming. Still, Money Mark is not a name of household stature. And he doesn’t care.

“As long as my mom knows about it, that’s all that matters,” Mark says. “I’m a little bit jealous of the Money Mark doll because it got more press than I had.”

To decode this reference, we must flash back to 1995, when Mo’ Wax, the label founded by U.N.K.L.E.’s James Lavelle, released Mark’s first full-length, the college-radio hit Mark’s Keyboard Repair. “(Lavelle) decided he was going to design this doll and get into the toy business, so he made these toys. Like, he made a James Lavelle character,” Mark says. “It doesn’t resemble a human being. It’s like this alien or futuristic thing.” Eventually, Lavelle branched out and immortalized Mark in plastic as well. “He made fifty of them originally,” Mark recalls. “And I said ‘Okay, it’s a joke, it’s funny,’ but behind my back, he made thousands of them, and he’s been selling them.”

And, just out of curiosity, where would one go to get such a collectible figurine, available in suave international traveler gear that would have Barbie hanging on his arm in no time should the two ever cross paths? “Sometimes they’re on eBay,” Mark reports. “Urban Outfitters used to sell them. Someone called me once and said, ‘I bought a Money Mark doll from Urban Outfitters’ and I said, ‘A what?’ So James apparently made a bunch of them and sold a bunch to Urban Outfitters and he was making money on my likeness,” Mark says. After a pause, he adds “It doesn’t even look like me.”

That’s a dissimilarity the hipsters snapping them up might detect, but it’s not as if the average person on the street would be able to tell. That’s something that Mark’s third record probably won’t alter, though it bears the hopeful title Change Is Coming. Each of the album’s dozen instrumentals lets his melodies explore exotic rhythms, drops them into sleaze-funk backdrops and takes them on outer-space adventures. Change Is Coming radiates a constant warmth that comes from Mark’s vintage equipment, even though this is his first album recorded in digital format.

“For this record, it was great,” Mark says, emphasizing that he still prefers analog devices. “I like all the disciplines when they come together, the mechanical thing. I feel a kinship with the electromechanical world. I feel like that’s how I am.”

High-tech junkies’ habit of constantly upgrading to the newest machines at the expense of the old has ensured that Mark has been able to pick up the goods and stockpile an impressive arsenal. “I used to go out looking for it, but a lot of it I’ve been collecting since ’77,” Mark recalls before fast-forwarding to the early ’90s, when he met the Beastie Boys.

“At that moment in time, people were practically throwing away their old synthesizers, and I was going out and collecting [them] for dirt cheap,” Mark says. “Now they’re all valuable, and not because of the monetary value that’s been put on them, but because they’re just amazing machines. I don’t hoard things and go collect them just because they’re worth money. I actually use them.” Mark’s affinity runs deeper than awe, however. “They’re my friends. Digital equipment is less; it doesn’t want to be my friend.”

When Mark released 1998’s Push the Button, his second record and first and only disc for A&M, it seemed as if his record company didn’t want to be his friend, either. In the climate of label mergers, he found himself getting tossed out like his cherished machines had been by their original owners. “I was being bought and sold,” he says scornfully. “The first time it happened, I thought, ‘Well, I’ll deal with it. I’ll meet the people; I’ll get to know the new people who are going to work my record.’ And I [start] talking to them and they don’t know anything about me. They don’t know any of my songs; they don’t know that I’ve done anything with the Beastie Boys. I don’t want these people working my record. Then, like a month later, I got sold again. So any effort that I had put into trying to get along with the new crew, I had to start all over again and get along with another new crew that doesn’t know anything about my record. So I didn’t want to put out records, and so I didn’t do anything. I started writing songs for other people.”

Mark’s resolve eventually led him to the indie Emperor Norton Records, where, he notes with pride, he can call anyone at the label directly to take care of business. “I refused to put out any more records under those [major-label] conditions,” he says. “It was very repressive, and I was on this conveyor belt being spun around. I don’t want to give [away] songs, which I see as my children…. I don’t want to put my children through this.”

Unlike most parents who steadfastly maintain that they love all their children equally, even if one of them likes to start fires, Mark isn’t afraid to single out his first, Mark’s Keyboard Repair, as the disc of his that he likes best. “It was a college favorite, and it’s going to come back, too,” he foresees. “Normally, how I make my records, like Push the Button and this new one, is, I play all the instruments and then I replace the instruments that I think need better proficiency. I call some musicians in there and replace the parts. On Keyboard Repair, I played all the instruments, and then I kept it that way. It was really raw. I’m going to go back, eventually, and look at all those pieces again and replace those parts and make it fatter. It’ll be kind of like Keyboard Repair Redone.” Mark compares the proposed finished product to a special-edition movie reissue, “like Spy Kids.”

Spy Kids he’s seen; Blow he has not, which is interesting because Mark scored part of that Johnny Depp vehicle. He also wrote the theme to Da Mob, an upcoming Fox television cartoon, and recorded it with Kool Moe Dee. The title track from Push the Button was used in a commercial for iMacs. And besides Keyboard Repair version 2.0, Mark’s already at work on his fourth album, which, like Push the Button, will be a vocal record. He says the Beastie Boys are recording again, a project in which he might play a part. Beyond that, though, Mark says it’s all up in the air: “Maybe NASA needs a theme song for the astronauts.”