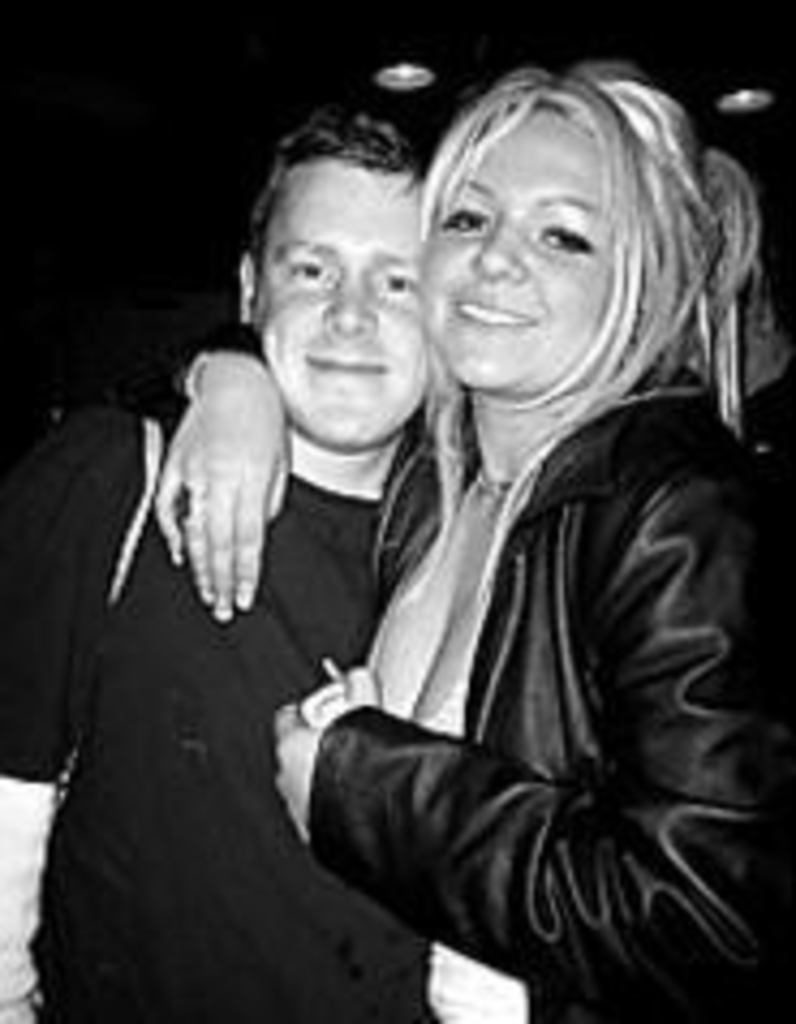 We weren’t sure what to think when we first spotted this new bar and grill near the corner of Main Street and Westport Road (in the space formerly occupied by Muddy’s). The name alone conjured up images of frat boys, and, well, the capitalization (the bar’s sign reads “Slam-erZ”) was just annoying.

However, we’d heard that on Wednesday nights, the Collection Soul Society DJs donned their mod duds and spun old reggae, rock steady, Brit pop and Northern-soul stuff, which sounded awesome — especially with no cover and $1 PBR bottles. Naturally, the Night Ranger had to look the part, with a vintage Vera mini in various shades of Day-Glo green (one of NR’s favorite dresses), flipped-out hair and piled-on black eyeliner (paired with a pale lip gloss). We headed over to meet Research Assistants Jason, Scott and Shawn.

Sadly, not many people had dressed up mod-style, but by all accounts we were there on a somewhat slow night. The small but lively crowd included representatives from the punk scene and the scooter club as well as the affable Elena, 27, who vaguely resembled Baby Spice. She and her boyfriend, Matt, 24 — both regulars — periodically made out by the bar. We caught up with them as they were walking out the door. They had first met at Slam-erz fairly recently.

“Are you really conservative?” we asked Matt. He looked somewhat fratty, clad in a navy T-shirt over a long-sleeved white one. She wore a camisole top and had been bouncing exuberantly around the bar earlier in the night.

“She says I dress conservatively and don’t party as much as she does,” he admitted. “I have liberal and conservative views — I’m a fiscal Republican, social Democrat.”

With that out of the way, we were intrigued by Elena and started to blather all sorts of questions at her about her profession of seven and a half years. “What’s it like? How did you get into it? What exactly do you do?”

“Do you want to see the dungeon?” Matt asked.

“Uh … ,” we stammered. We were kind of tempted for journalistic purposes, but considering we still had work to do that night — and the fact that going home with random dungeon owners seemed unwisely Berdellaesque — we declined.

“She has a few houses,” Matt said.

“Whips, chains, a guillotine,” Elena reeled off. (Eep — a guillotine? Before we could ask about that, Matt broke in.)

“Tell her what happened with the bleeding today,” he said.

“I had a client today who was into cock-and-ball torture,” Elena said matter-of-factly. “I pierced his dick and scrotum four times. He was bleeding everywhere, and to stop the bleeding, I poured candle wax on it.”

“Then I poked straight pins in the holes to intensify the pain,” she continued.

Even without the equipment, the NR winced. Elena says she charges $250 an hour and has about 50 regular clients. She also gave us the Cliffs Notes version of how she got into this line of work.

“What do you like about him, then?” we asked, pointing to Matt. By then, he had been dragged away by co-owner James Brown and was leaning against the bar, head tilted back. James (who was decidedly not black but, rather, had long, curly Robert Plant hair) had a bottle of tequila in one hand and a bottle of Triple Sec in the other and was pouring this “instant margarita” down Matt’s throat. After a few seconds, the liquid streamed down Matt’s face.

“Oh, God, how can you not like him?” Elena replied. “He’s in college, he wears polo shirts.”

“What’s the weirdest thing you’ve had to do?” we asked.

“A client wanted thorn bushes to pierce her skin, like Christ,” she said. “They punctured the skin. She was bleeding everywhere.”

As Elena and Matt left, all the NR could think was, Well, my work is done. This column will write itself.

“Why are you here?” was our initial query.

“How can you not like cheap PBR … and the one who got away?” he exclaimed dramatically. Turns out the object of his affection is his friend, Sarah, a lovely woman with her hair in two braids.

“Her boyfriend will kick my ass. And the fact I have sex with guys.” (Oh, that minor detail.) “We’re old school raver buddies. I love Angelina Jolie because Angelina Jolie looks like her. I’ve loved her since ’96.”

“Have you hooked up before?”

“Not so much, but we’re kissing cousins. She knows I adore her, and she adores me. We get in make-out bouts when she’s between boyfriends,” he replied.

“We’ll always be best friends,” the bisexual Shalon continued. “Whenever I see her, the world’s spinning in the right direction.”

You mean spinning like an S&M Catherine wheel? (Sorry — had to ask. We were still a bit haunted by our earlier conversation.). What we really meant to say was “awww.” That or “ow.”