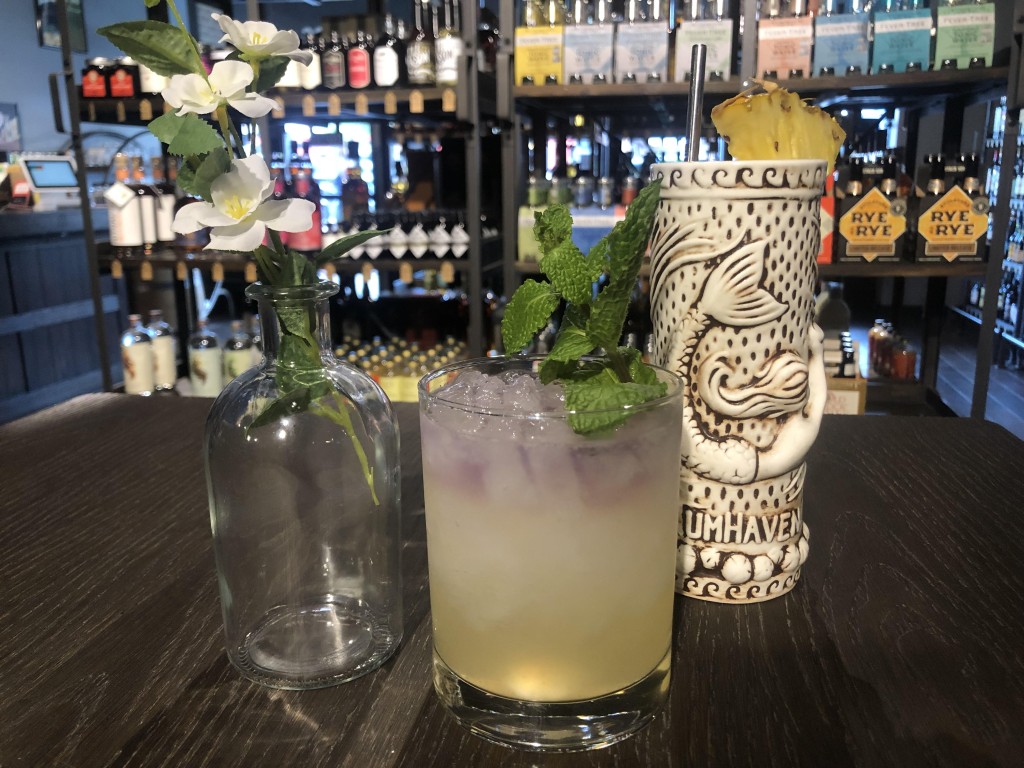 If you have a signature cocktail when you go out, you may have considered trying to recreate it at home, but then decided that’s too complicated for your time. Though mixology can feel out of reach for those with minimal knowledge, the process doesn’t have to be complex.

“Our whole goal is to make it accessible,” says Josh Edwards, co-owner of Mitch e Amaro with Ben Edwards. “Craft cocktail culture has a lot of big names and I almost felt as though there was an heir of mystery around it.” 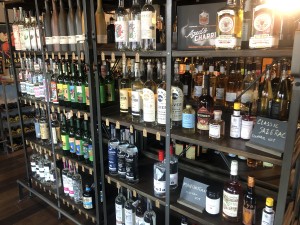 Ordering a drink at Mitch e Amaro feels like a personal

experience when everyone around is so happy to help you understand the make of the cocktail. Unlike some spaces where there are certain ingredients that are always used, Josh and Ben Edwards as well as bartender Jessica Johnson feel that it is important that customers have a say in what they want to drink and have access to those ingredients.

“On our menu we don’t list brands, because they change,” says Josh. “They change based on customer suggestions or based on new products. We can always make the cocktail you had before but if you come in the next time we might feature a different gin and a different vermouth and it might taste different, and then you can kind of hone in on what you actually like.”

The bar menu changes often, but also includes staple drinks by Johnson, who also helps come up with the ideas for the themed nights the store throws. In the past, they have put on elder emo night, a Thanksgiving menu, and a Golden Girls celebration to name a few. 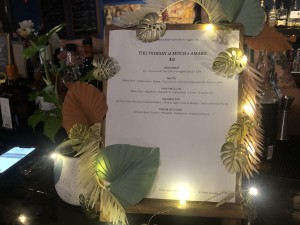 “It’s just the vibe, there are some menus that I really liked and then some nights that were just really fun to be here for,” says Johnson.

Walking into tiki night, there were already a few individuals crowded around the bar trying to decide what would be their drink of choice for the night, some fully decked in Hawaiian shirts and beach hats. Many of the drinks included tropical flavors and liquors including rum, curacao, pineapple, and coconut and a few even came in true tiki glasses, which rounded out the experience.

I tried the How Far I’ll Go and my mom (who is to blame for reviewing tiki night) tried the Trader Vic’s Grog while I stole some sips. The How Far I’ll Go was a refreshing mix of minty and fruity flavors while packing a punch with white rum and empress gin. Trader Vic’s Grog was slightly sweeter and leaned more on pineapple and coconut flavors to create a warm mix of Jamaican rum and bitters.

I left tiki night feeling even more solidified in my thought process that Mitch e Amaro is one of the most unique and experiential places to learn about your favorite drinks. The openness and creativity is unmatched and the business is centered around the customers and their learning.