Missouri’s own Simon Barrett summons his next phase in Seance

The writer of You’re Next and The Guest discusses his transition to directing features. 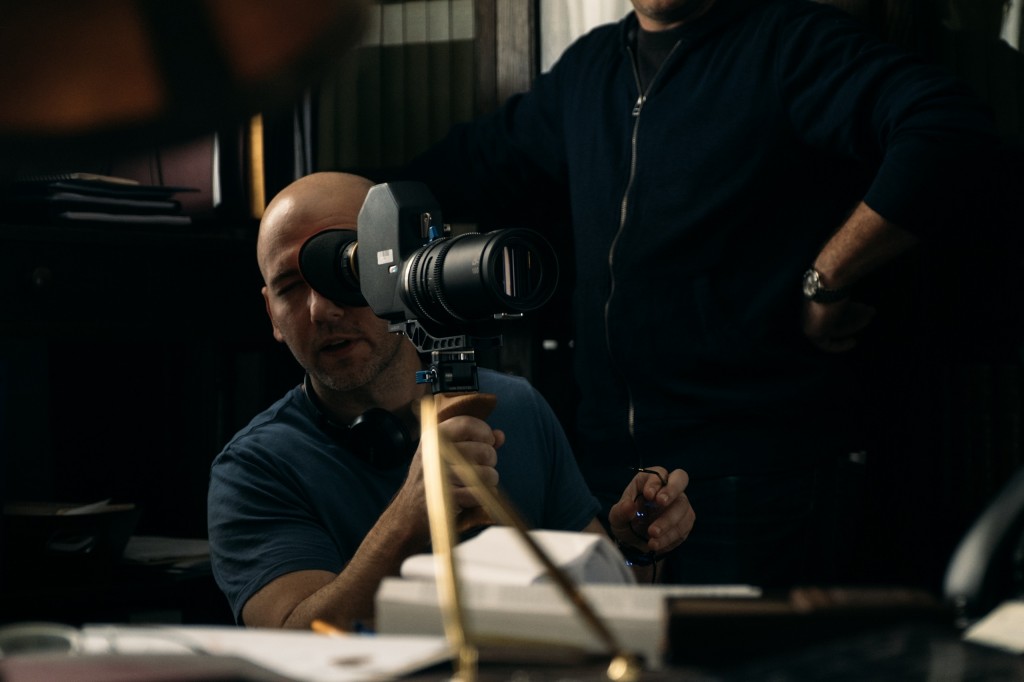 If you’ve been following horror in the last decade-plus, you’re probably familiar with Columbia, Missouri-born writer and filmmaker Simon Barrett—if not his name, then definitely his work. Since 2010, Barrett and his creative partner Adam Wingard have been pumping out modern genre classics like You’re Next, The Guest and their contributions to the horror anthology V/H/S series, with Barrett writing and Wingard directing.

Recently, Barrett made the jump to directing on his own. His first feature, Seance, premiered at this year’s Panic Fest, and is currently available to stream on Shudder, as is V/H/S/94, for which he directed two segments. I spoke with Barrett about his efforts to get Seance financed as a solo filmmaker, the recent explosion of Columbia’s film scene, and what interests him as a horror filmmaker.

What made you want to make the leap from writing to directing?

I always thought I’d be shooting my own films and doing a different career as a cinematographer and director, and that completely didn’t happen. For one thing, I was comfortable only shooting film at that time and hadn’t done much with modern video cameras, whereas Adam Wingard was doing a lot of interesting experimental work and knew how to shoot video.

I’d initially meant for my first script, Dead Birds, to be something I directed, but instead I ended up selling it. That turned out well for me, but then that meant I was a screenwriter. It’s hard enough to get someone to trust you as a director, but once you’re known as a screenwriter, that’s over. Working with Adam, I was still feeling creatively fulfilled as part of the process, because I was there for the whole thing down to the sound mix and color grades. But as our careers went on there was less and less for me to do in that capacity, by the time we were doing The Guest and Blair Witch, it wasn’t really necessary for me to be there. I was getting bored on set and wanted responsibilities back. When Adam went off to do Death Note, I decided it was time to stop doing things as a writer, and work on something I could get financed as a foot in the door to direct.

Covering local film, I’ve spoken to a few folks who come up doing short films as a way to get name recognition, or prove they can work with a certain budget. Your experience is a little different, having written a number of pretty successful films. What’s it like trying to get your first film as a director financed when you have a recognizable name, but it’s recognizable for a different part of the filmmaking process?

I think I was able to point to my body of work, maybe not so much as a writer, even, but as a producer saying “You can trust me with this amount of money.” Seance was a low-budget film. We had 22 shooting days, we were shooting up in Winnipeg. It was a fairly tight film. But I think it was the fact that I could say I produced You’re Next for under $1 million, and that I had that set experience that allowed me to make this. I’m also in my 40s. People trust me because they can see I’ve survived a certain number of years in the industry, so I must be good at something.

Some writers can make the leap to director and some can’t. It’s a completely separate talent. I didn’t have any short films that showed I could do that. I’d directed parts of V/H/S/2, but that’s such a specific found footage wraparound thing, it doesn’t really show that you’re capable of doing a narrative feature. I was able to get financing for a film, which is a big thing, and a film that I wrote that I wanted to make, but it also took me five years.

It seems like in a good amount of your work, the horror isn’t supernaturally based. Even in the case of Seance, without ruining too much, the source of the scares and violence is mostly human-generated. Do you find that kind of horror more effective? Why?

There is a reason, but it probably speaks to the ways my brain is non-functional in terms of mission or mandate. It’s just that I simply don’t understand how ghosts hurt people. The rules of a supernatural film have to be so specific in order for me to understand what the stakes are. Now, there are many wonderful films like The Grudge or The Ring which do have these supernatural slasher setups where the ghosts scare people to death, and that I can understand.

With the stories I like to tell, I tend to like to write mysteries and revenge stories and things that are fairly comedic and silly. Those are things that, with the absurd tone I like to build, you want people to understand the rules. You need to set the stakes. In a supernatural film, I truly don’t understand what the spirits can and can’t do, or how conscious they are, and I find it distracting, often. If they’re fully conscious entities, why aren’t they just murdering people?

I think if I were to do a ghost story, it’d have to be like a Freddy Krueger kind of thing, like “Here’s what he does, and here’s how he gets you. Maybe if you take a bunch of No-Doze he won’t come after you for a few hours.” When the rules are clear like that, I can add to them and play with them. I guess that’s my favorite type of story, is one that creates a world or a set of rules, and starts piling surprises onto that. But if I don’t get those rules upfront, I’m kind of like, “Wait a minute, these exorcists are con artists.”

You’re from Columbia. You and Adam shot You’re Next in that area. Your cinematographer on that project, Andrew Droz Palermo, has Columbia connections. The True/False Film Festival has also become a major deal in the last few years. Do you have any thoughts on what’s made Columbia a fertile place to generate filmmaking talent?

Andrew’s first feature he shot was You’re Next. Kim Sherman, our producer, introduced us. He was doing short films in Columbia, and Adam and I met him at a coffee house. We watched his shorts and said, “Yeah, this guy should shoot You’re Next.” That got him on, then he got on to do A Ghost Story, and now he’s doing huge things. We’ll see if he gets an Oscar this year (for The Green Knight).

In terms of True/False it’s interesting. When I grew up in Columbia, there wasn’t a film scene. True/False and Ragtag Cinema were all after my time. However, I know Paul Sturtz and, more closely, David Wilson. I was very aware of Dave growing up because he was the only other person in town who wanted to make movies. It felt like we had no idea how to climb this ladder, we were so separate from any part of the film industry.

So I don’t know where all that came from, because there wasn’t a community there. Now MU has a doc filmmaking program. Now Kim Sherman and I know a lot of filmmakers coming out of Columbia, and it’s a vibrant community and super exciting. I think now if you’re growing up in Columbia, like I did, no matter what your background or your level of income is, you kind of feel like you can start making movies with your friends.