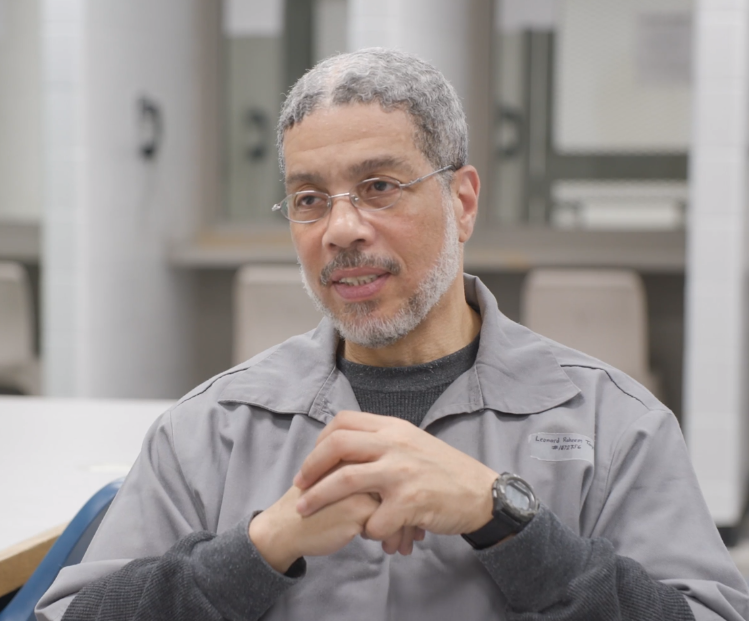 Leonard “Raheem” Taylor. // Courtesy of Missourians for Alternatives to the Death Penalty.

The execution of Missouri citizen Leonard “Raheem” Taylor is scheduled for Feb. 7, 2023. Taylor was convicted in 2008 of the 2004 murders of his then-girlfriend, Angela Rowe, and her three children. He has been on death row since.

However, Taylor has maintained his innocence since he has been convicted, and there is evidence corroborating his innocence, such as his alibi, witness testimonies, and lack of a motive. Many voices in the community are calling for a review of his case.

Taylor’s attorneys have filed a motion to review his case and sent it to the St. Louis County Conviction and Integrity Review Unit, an organization that works to hold police accountable. Michelle Smith, Co-Director of Missourians for Alternatives to the Death Penalty (MADP) says, “We’re asking that Prosecuting Attorney Wesley Bell of St. Louis County file a motion with the court to have an evidentiary hearing.”

MADP and the Missouri NAACP held a press conference Thursday, Jan. 12, in which they advocated for the review of Taylor’s case and answered questions.

Nimrod Chapel Jr., President of the Missouri NAACP, spoke out at the press conference. “We can’t endorse a system that is continuing to allow this culture of death to mature in such a way that we’re taking innocent lives,” Chapel says. “I think it’s important that we get to the truth about what’s happening.”

Racial bias is believed to have played a part in Taylor’s conviction. According to MADP, 6 of 15 people currently eligible for execution in Missouri were sentenced in St. Louis County under former prosecutor Bob McCulloch, including Leonard “Raheem” Taylor. 4 of the 6 people currently on death row due to sentencing by Bob McCulloch are Black.

According to Death Penalty Information Center, St. Louis County is the seventh most executing county in the nation.

“We have long held concerns about Missouri’s application of not just criminal statutes, but access to the courts for Black and brown people. When you get to court, the outcomes are going to be different from the majority of the Caucasian brothers and sisters who pay those same taxes that we pay. What we’re concerned about is ensuring that equal justice be done at the first door,” Chapel says.

You can sign the petition in support of an evidentiary review of Taylor’s case. You can also read more about MADP’s efforts to abolish the death penalty in this recent Pitch article that details Amber McLaughlin’s case, who was also sentenced to death by Bob McCulloch.