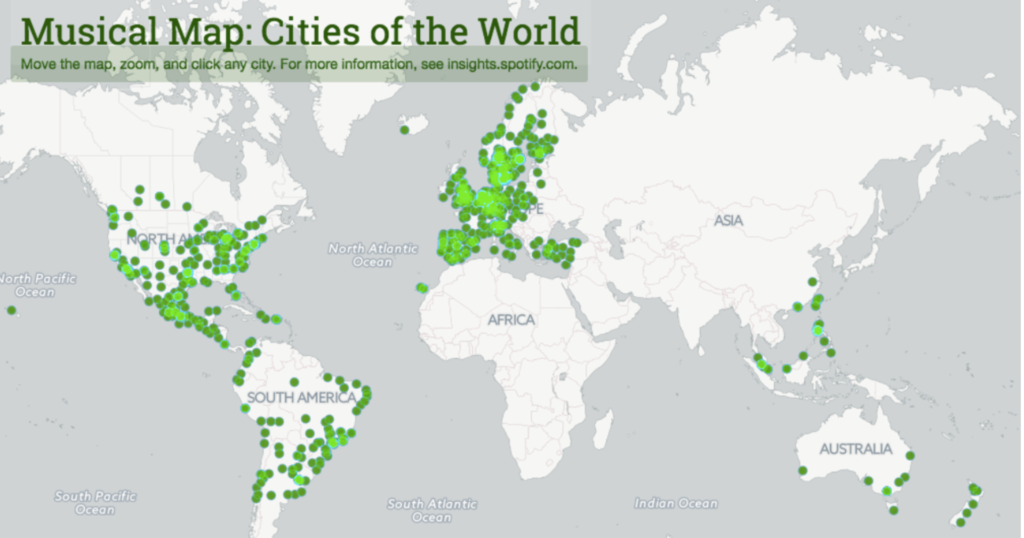 As if Spotify didn’t consume enough of our workday hours, the music-streaming website has now developed a new time waster fascinating diversion: “Musical Map,” in which Spotify, mining its vast resources of data and insights (hey, all that user info has to go somewhere, right?), determines the top songs in a given city.

You can click any of nearly a thousand cities to hear a playlist of the music that is most distinctively enjoyed there.

What do we mean by “distinctive?” This is music that people in each city listen to quite a bit, which people in other cities also do not listen to very much. So it is, exactly, the music that makes them different from people everywhere else.

Whenever you want, your headphones can take you to hundreds of cities on this map — an interactive  guide to how the world listens to music. Because this music represents music that over-indexes in these cities, it’s a great way to pluck local favorites from around the world and add the ones you like to Your Music in Spotify.

Of the cities Spotify sampled for this project were four in Missouri: Kansas City, St. Louis, Springfield and Columbia. Only one city in Kansas made the sample list: Overland Park. Uh, OK, Spotify. Sure.

According to Spotify, the data is updated twice a month. Let’s take a look at these playlists, shall we? 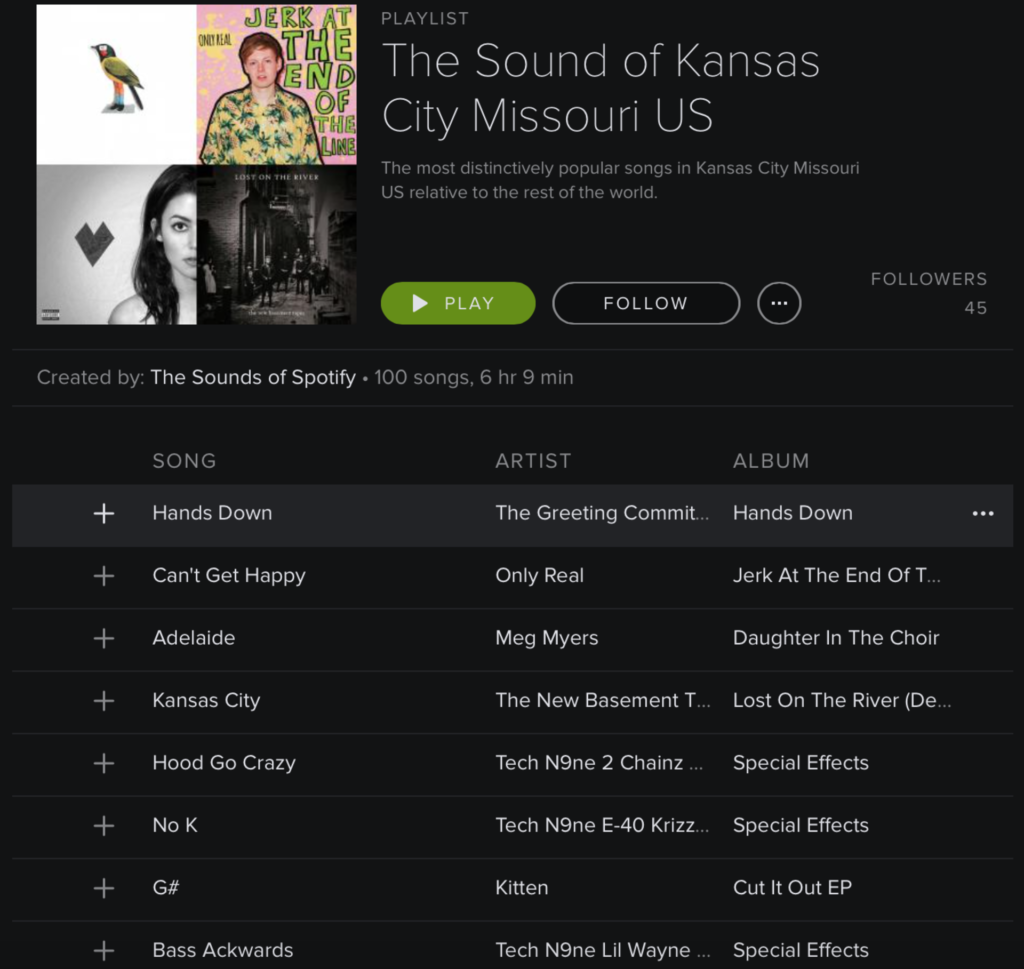 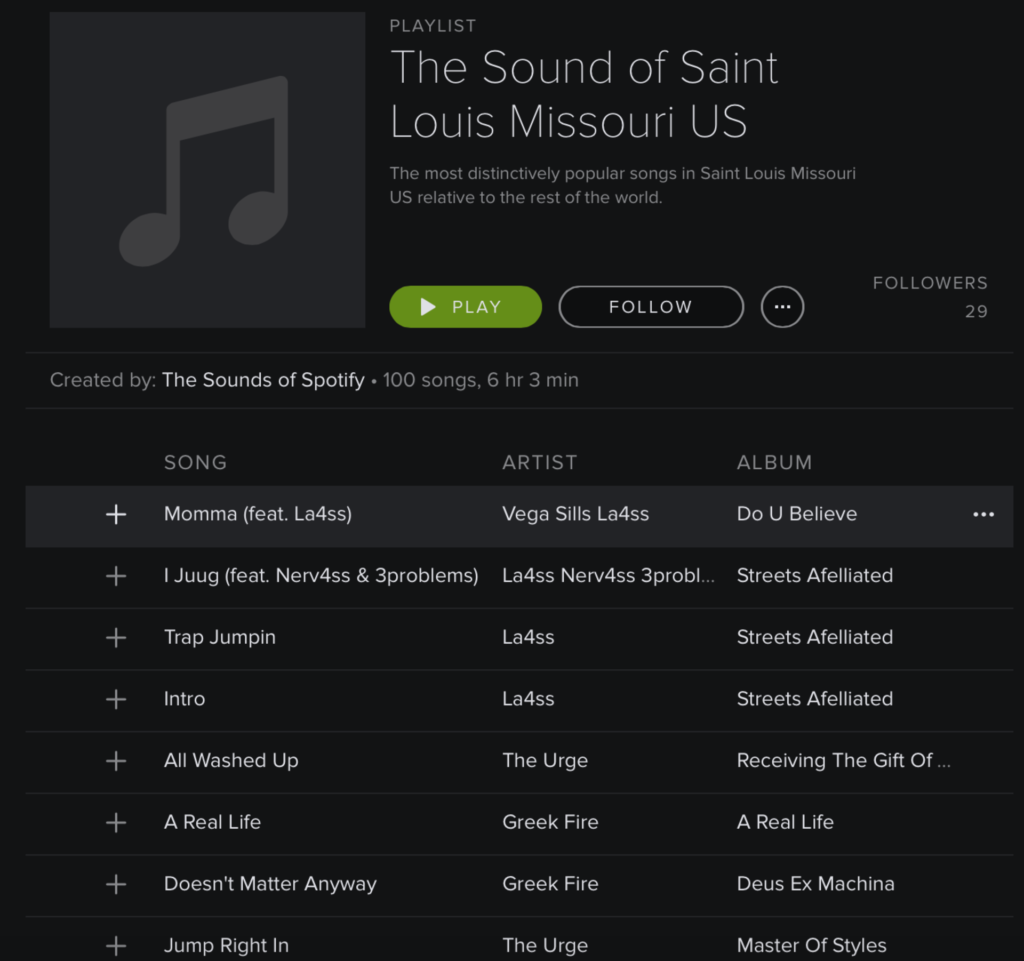 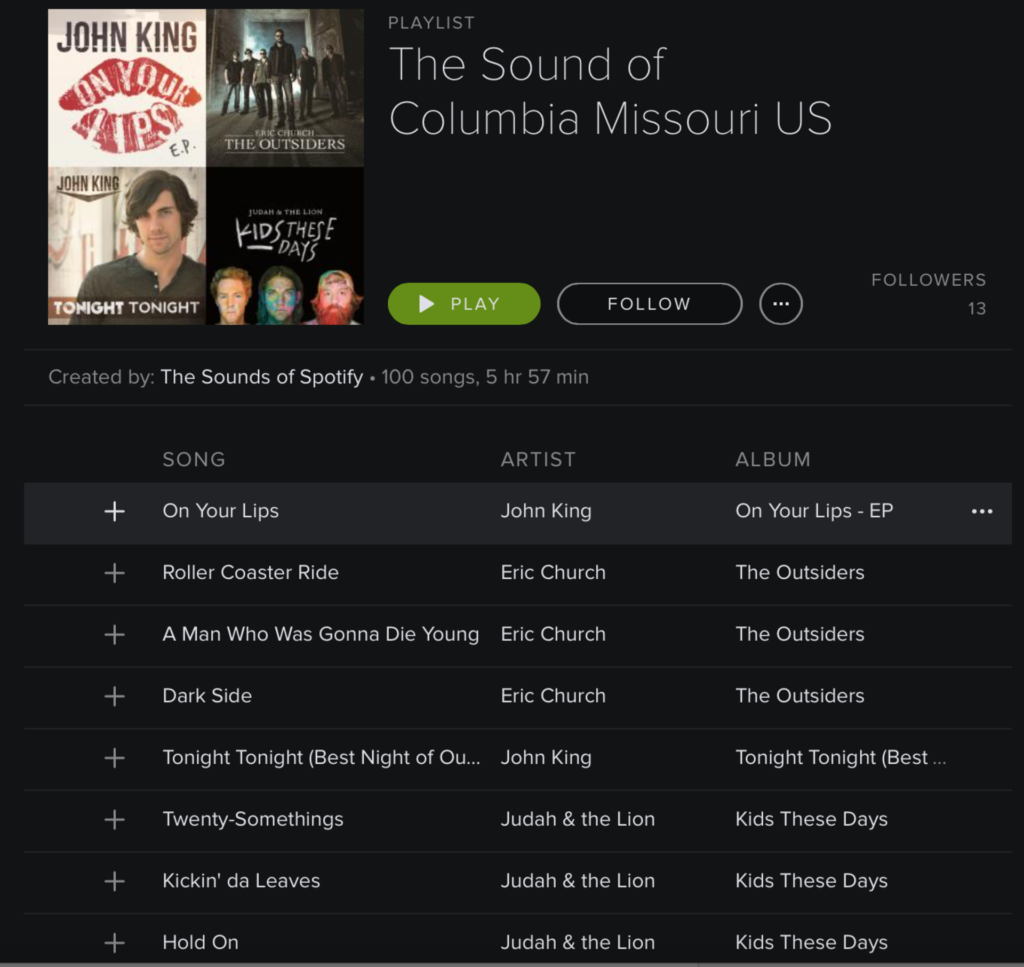 Columbia: Deep in the heart of Missouri, country heavyweights John King and Eric Church dominate. And Judah & the Lion, apparently. 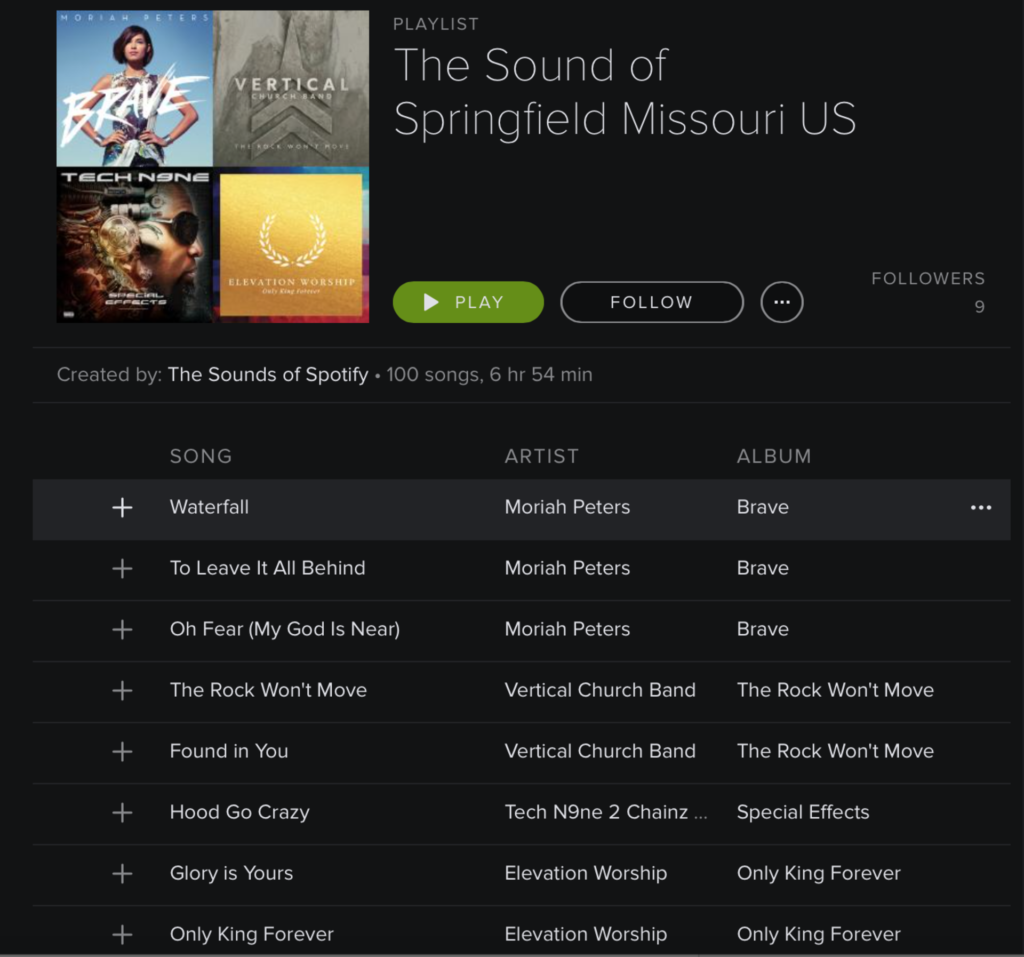 Springfield: It is all church all the time in Springfield, with Christian singer-songwriter Moriah Peters leading the playlist and Vertical Church Band and Elevation Worship rounding it out. But there’s also some Tech N9ne in there. Springfield, you crazy. 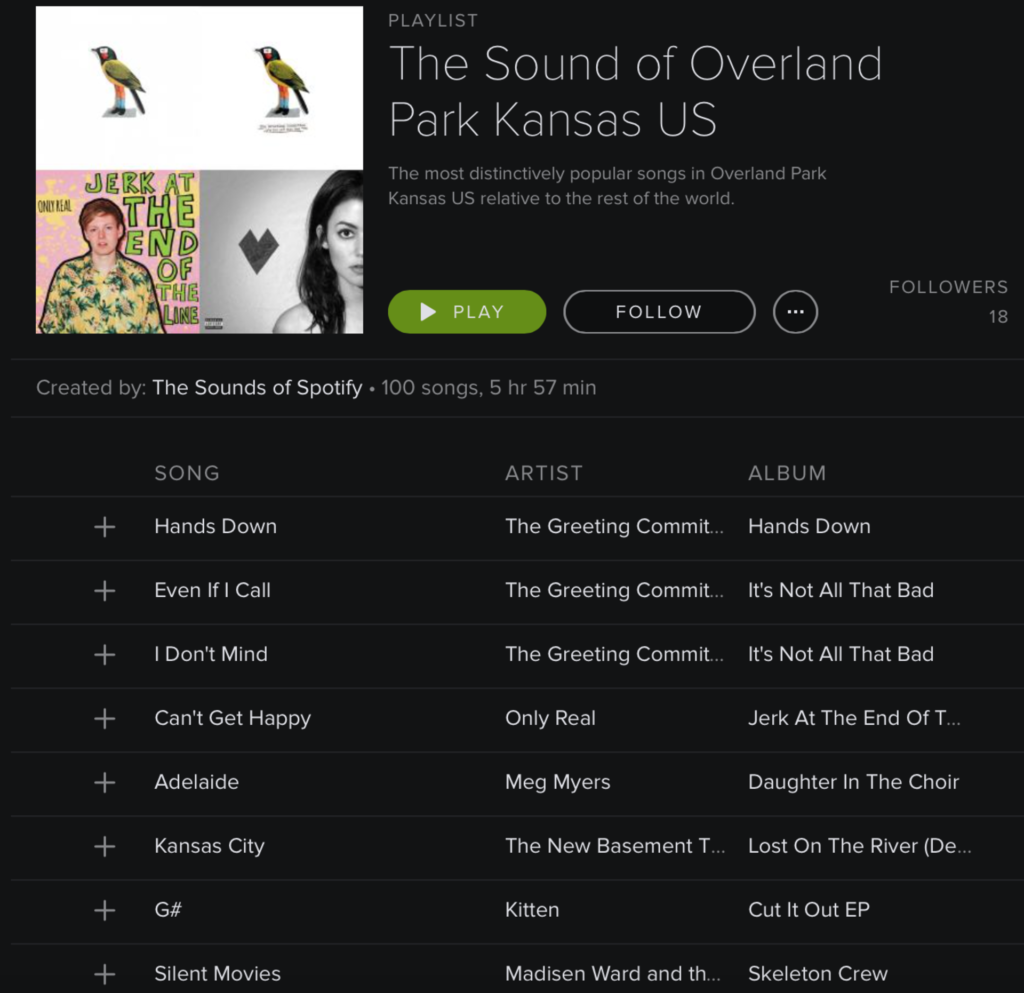 Overland Park: They love Greeting Committee in OP, along with London artist Only Real and singer-songwriter Meg Myers. And do we spot some Madisen Ward and the Mama Bear at the bottom of that list?

If you’d like to do some poking of your own, you can access Spotify’s Musical Map here.