Missouri Election Day FAQ: What you need to know to make sure your vote counts

When do polls open? What if I didn’t receive my absentee ballot? Where do I vote? Do I need a photo ID? 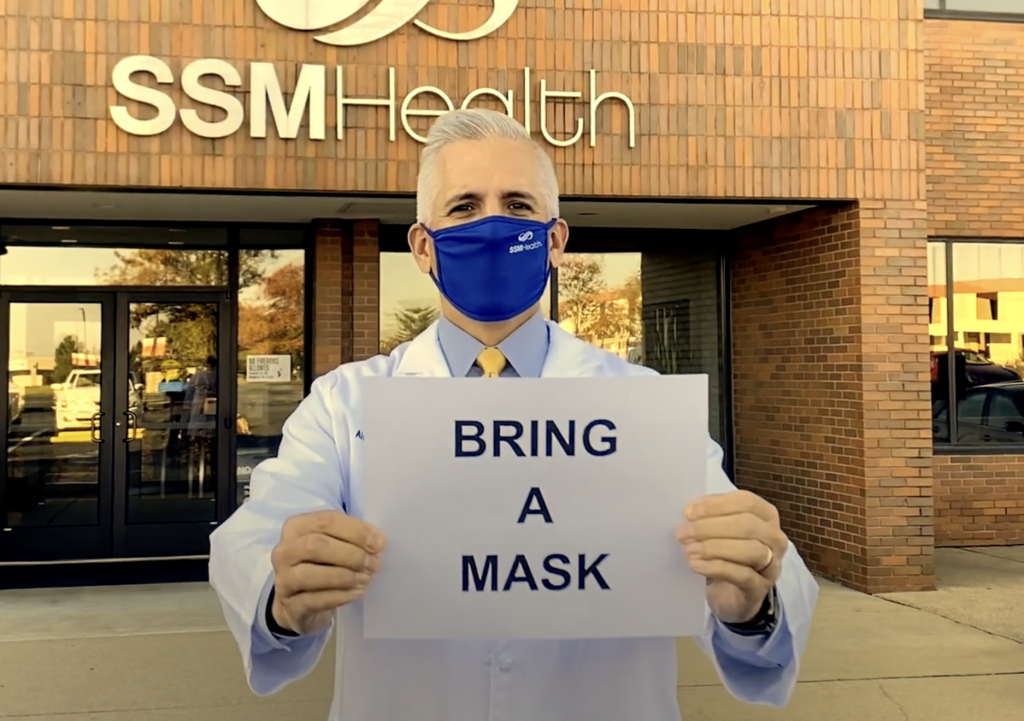 Boone County sent out more than 100,000 sample ballots to prepare voters for Tuesday’s primary election, and many were surprised at what they saw.

Redistricting has been the biggest question Lennon has received, but there are others.

In May, a new law requiring voters to present a state-issued photo identification passed, and some have wondered if that affects Tuesday’s primary election.

The law goes into effect on Aug. 28, so the old rules will still apply for acceptable forms of identification at the polls.

Thousands of St. Louis residents were displaced by this week’s floods, and St. Louis election officials have been addressing questions about how those residents will vote.

The Independent tried to answer some of the questions you may have about voting on Election Day.

Where do I vote?

Before you head out the door, check your voter registration and polling location at GoVoteMissouri.com.

How do I find out what’s on the ballot? 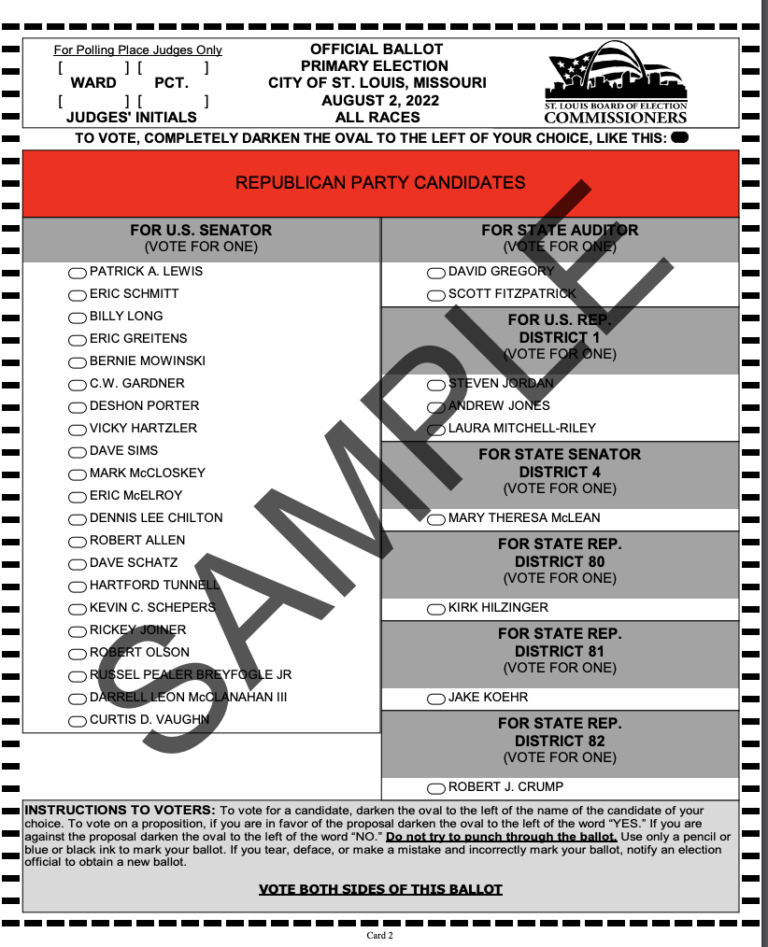 Local election authorities provide sample ballots, which voters can study, fill out and bring with them on Election Day to use as a guide. They are typically posted on your county’s website. Researching your ballot ahead of time will help cut down on the time you spend at the polls, and local election officials are encouraging voters to do this.

What time do polls open?

What are acceptable forms of ID to vote?

Whichever form of identification you choose from the list below, it must have your current address on it. It doesn’t have to have your photo. Those include:

Missouri state-issued driver’s license or state IDU.S. Passport or military IDVoter notification card that your local election authority sends in the mailStudent ID from a Missouri college, university or technical collegeA current utility bill, bank statement, paycheck, government check or other government document that contains the name and address of the voter.

If you do not have any of these forms of identification, but are a registered voter, you may cast a provisional ballot. Your ballot will count if you return to your polling place on Election Day with a photo ID, or the signature on your provisional ballot envelope is determined by your local election authority to match the signature on your voter registration record.

Eric Fey, Democratic director of elections for the St. Louis County Election Board, said they have received a number of calls from voters and organizations concerned about people who were flooded out of their homes and may not have any identification.

“And so we’ve had to reinforce that even if you have no ID whatsoever, you can still go and vote,” Fey said. “And it’s just a provisional ballot that we’ll match the signature when we get back to our office.”

How do I vote absentee in person?

Voters can also cast an absentee ballot at their election board office up until 5 p.m. on Monday. Some counties, such as St. Louis County, have opened numerous satellite locations to vote absentee.

There are several reasons people can vote absentee, including:

The process of in-person absentee voting is just like voting at the polls. Voters need to bring the proper identification, and additionally they will have to state the reason they are voting early.

What happens if I have requested a mail-in absentee ballot and I didn’t receive it by Election Day?

“I try to emphasize that voters can always come to our office or a polling place as a last resort,” Fey said.

If a voter arrives at a polling place without their absentee ballot to surrender, the election judges will confirm with the local election authority that they haven’t already voted and then give the voter a new ballot, Fey said.

Can I wear a T-shirt with my candidate’s name on it?

Missouri election law (115.637 RSMo.) prohibits wearing political apparel to the polls, advocating for a candidate or issue within 25 feet of a polling place, or taking photos of ballots.

“We urge voters to leave political masks, t-shirts, hats, buttons and other apparel at home,” Secretary of State Jay Ashcroft said in a press release on election preparations.

Who can I call if I need help?

The coalition has also created a card with voter information, including acceptable forms of ID and what to do if they end up at the wrong voting location.