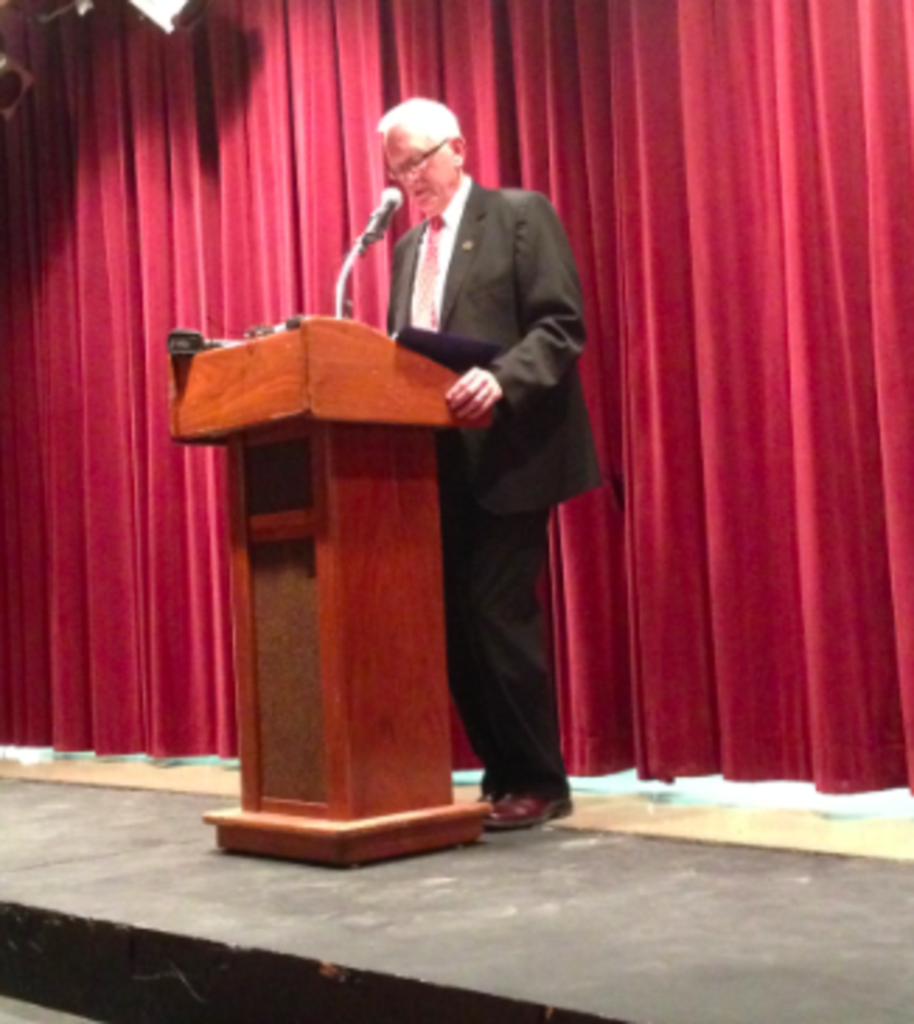 A state audit of the Hickman Mills School District released on Tuesday night found that the south Kansas City school district has doled out no-bid contracts against board policy, had conflicts of interest, violated the Missouri Sunshine Law, had lax financial controls and made several questionable transactions in recent years.

The audit confirmed many of the findings described in an article by The Pitch originally published on February 26.

That story delved into some of the improper contracts and spending by the district in recent years, with some of the money going to people and businesses with connections to political club Freedom Inc.

Freedom Inc., historically an inner-city-centered club with varying levels of political weight, has been expanding its influence in south Kansas City. Last year it provided support for school board candidates for the first time.

The audit makes no mention of Freedom Inc. specifically, but it does point fingers at former board president and Freedom Inc. member Breman Anderson, whose yearlong tenure as board president encompassed many of the missteps found in work done by Missouri Auditor Tom Schweich.

Anderson was not available for comment on Tuesday night; calls to his cellphone went to his voice mail, which was full and could not accept messages. All board members, except Anderson and Byron Townsend, showed up to Hickman Mills Junior High School to view an hourlong audit presentation.

Schweich’s office issued subpoenas to Anderson in order to recover contracts in his possession that, for some reason, were not in the district’s administrative offices.

Otto said subpoenas from the auditor’s office are rare – fewer than 10 have been issued among 400 audits, he said – and he had not encountered a situation where a board president held the only version of a contract to the exclusion of the rest of the school district.

“This [audit] had a couple birthdays,” Otto told a crowded auditorium at Hickman Mills Junior High School Tuesday night. “And we don’t like audits having birthdays.”

John Sharp, a Kansas City councilman and former Hickman Mills board member, said he couldn’t understand why Anderson had to be compelled by a subpoena to cooperate with auditors.

“That is mind-boggling,” Sharp told The Pitch. “I don’t know how to respond to that. This is a major political subdivision, not his private business.”

Hickman Mills is Missouri’s 25th-largest school district. It sunk to provisional accreditation in 2012.

That happened midway through Anderson’s chaotic tenure as president. While school performance was lagging, some members of the school board seemed preoccupied with the district’s business affairs.

The audit took Hickman Mills to task for issuing a no-bid contract to Gallagher Benefit Services to carry out a superintendent search to replace Marjorie Williams. The same company, which charged more than double what the Missouri School Board Association does to find superintendent candidates, helped negotiate current superintendent Dennis Carpenter’s $180,000-a-year contract. That, according to the audit, was a conflict of interest, given that Gallagher Benefit Services was paid a percentage of Carpenter’s salary.

Law firm Holman Schiavone, which has two partners with Freedom Inc. connections, also received a no-bid contract, against the board’s policy to handle legal matters arising from an audit of the amount Williams was owed in accrued sick and leave time when she retired. The Holman Schiavone attorneys, which were recommended to the district by Anderson, suggested that the district pay Williams $72,000. That’s despite an audit by People Wise, which also received a no-bid contract, that suggested Williams was owed $150,000. Anderson received a copy of that 2012 audit but did not share it with other board members.

Contracts with vendors proved to be a troublesome issue for the Hickman Mills board. The audit found that the district had approved several contracts during closed meetings and never disclosed the votes during public meetings.

Other financial and business problems, such as not keeping track of district-issued iPads and lax oversight on spending with district credit cards, were uncovered in the audit.

The district may have misspent federal money earmarked for special education when it spent $5,000 in Federal Title I funds as part of a larger $7,500 payment for a sponsorship of the 2011 Kansas City Black Expo. The district told auditors that the payment was for two booths to recruit students for their special-education program at the expo, even though booths cost just $500 apiece. The district also couldn’t verify who attended the event.

Also discovered in the audit was a $2,000 payment to the Urban Summit Youth Conference, a free event. Clinton Adams, a lawyer who represents Freedom Inc. and Anderson personally, is part of Urban Summit’s leadership team.

The audit also criticized Anderson for taking district-funded trips to National School Board Association conferences but showing up to less than an hour of training sessions during the three-day event.

Another district board member, Bonnaye Mims, attended two sessions at the same conference while other board members went to between seven and nine sessions, according to the audit. Mims, also a Missouri House member, said afterward that she had verified to auditors that she attended five sessions but that her proof arrived too late to make it in the auditor’s report.

Anderson was board president from early 2012 until May 2013, when other board members grew tired of his leadership and voted to oust him as president. Anderson remains a board member today but is up for election on April 8. Eric Lowe is the current board president.

“This board moved in a new direction last May after it became apparent that the actions of Mr. Anderson were not accidental in nature but part of a concerted effort to mislead and deceive both members of the board and the auditor’s office,” Lowe said in a written statement. “It is both shocking and sad that the auditor’s office had to subpoena Mr. Anderson to get access to documents that are not his, but the public records of the district.”

Carpenter said the current administration is trying to button up some of the issues discussed in the audit.

“As superintendent, I have genuine concerns about the audit findings,” he said in a statement. “Although these findings from past school years are unfortunate, there is solace in the fact that the administration has already addressed many of the findings related to day-to-day operations in the district.”

Schweich’s office is scheduled to carry out a follow-up audit later in the year.

“I look forward to the auditor’s return,” Lowe told The Pitch afterward.