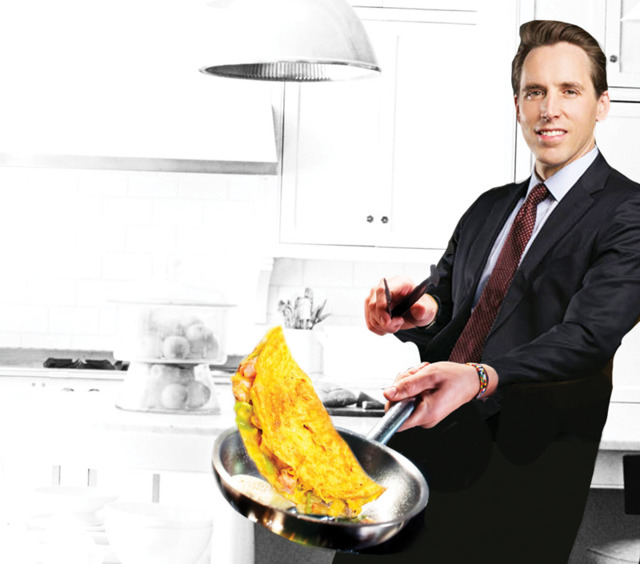 Another court ruling, another goose egg for the Missouri attorney general’s office and its strange quest to mess with California’s hen-house laws.

This time it was the U.S. Supreme Court telling Missouri to go cluck itself. State Attorney General Josh Hawley wanted the justices to overturn a federal appeals court’s decision upholding a California food-safety statute. The justices declined to take up the case.

By demurring, the Supreme Court seems at last to have ended the great Missouri egg war, which was started a few years ago by Hawley’s predecessor, Democrat Chris Koster. Then again, we’ve declared the quixotic crusade dead before, only to have it rise up again, like some demonic soufflé.

The back story sounds like legal mumbo jumbo and smells like politics. In his quest to appeal to rural Missouri, Koster took exception to a California law that requires out-of-state egg producers to meet the same standards mandated for California egg producers if they want to market their products there. Basically, this means everyone wanting to sell eggs in California must accommodate hens with cages large enough for the birds to stand up and spread their wings.

Retailers, consumers and even many egg producers were already moving in that direction. But Koster jumped in on behalf of the right of producers to pack hens in close quarters and subject them to a miserable existence. His 2014 lawsuit claimed that California’s restrictions harmed Missouri’s egg producers and infringed upon free trade among states.

The West Coast courts would have none of it. First a federal judge and then a federal appeals panel told Koster, and a few other state attorneys general who joined him, that he didn’t have a case. If egg producers feel harmed by the California standards, the federal appeals panel ruled, they can file suit on their own behalf. The attorneys general never established that the California law adversely affects their states or citizens, judges said.

The great Missouri egg war took a toll on Koster’s political career — he lost his bid for the governor’s office to Eric Greitens in November. But the battle continued without him. Hawley, a Republican, took up Koster’s dented baton, hoping to carry it all the way to the Supreme Court.

It looks like he’s been waylaid. Listen closely, and you can almost hear the hens cackling. At last report, the litigation had cost Missouri taxpayers northward of $120,000 — the price of scrambled ambition.