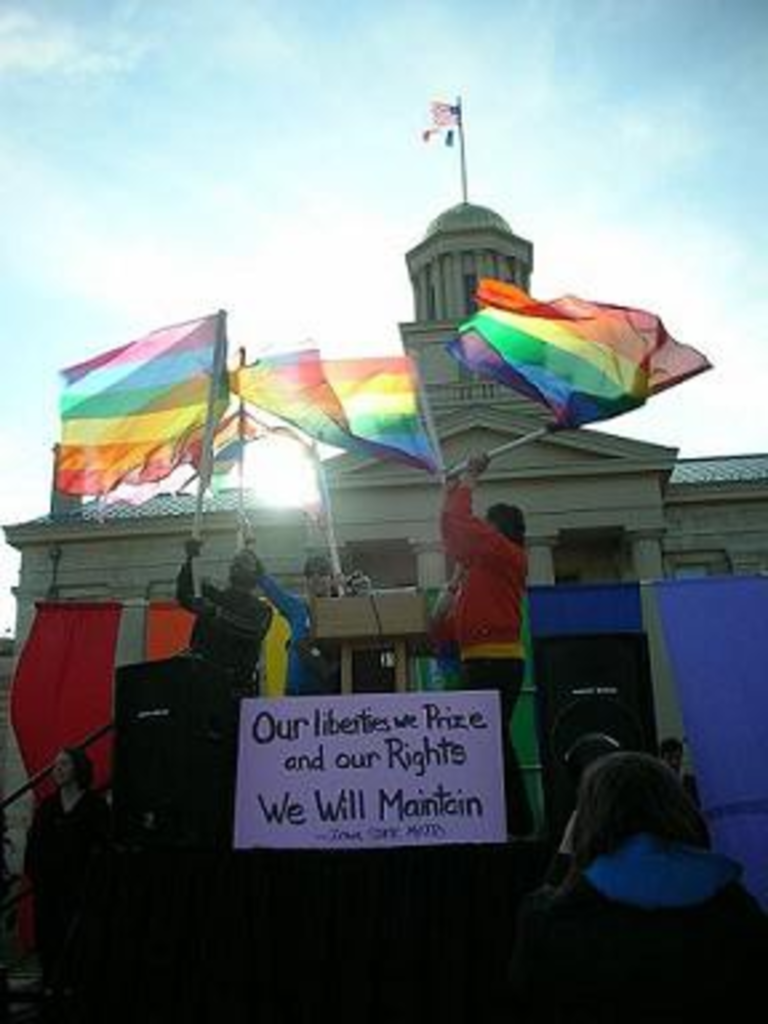 With the support of St. Louis Mayor Francis Slay, that city’s recorder of deeds issued marriage licenses to four gay couples on Wednesday, flouting state law in the process.

It’s a move built on the foundation of a strong-willed mayor whose conscience propelled him to host those marriages in his office in direct contravention of Missouri law. It was an act of civil disobedience.

The Show-Me State showed gay couples in 2004 that it didn’t think they should be allowed to marry when the voting public passed a constitutional amendment to codify laws against gay marriage.

“While I personally support the goal of marriage equality, my duty as Attorney General is to defend the laws of the state of Missouri,” Koster said in a written statement Thursday. “While many people in Missouri have changed their minds regarding marriage equality, Missourians have yet to change their constitution.”

“I have asked the St. Louis Circuit Court to prevent the St. Louis City Recorder of Deeds from issuing such marriage licenses until this matter can be resolved by our state’s judiciary,” Koster added.