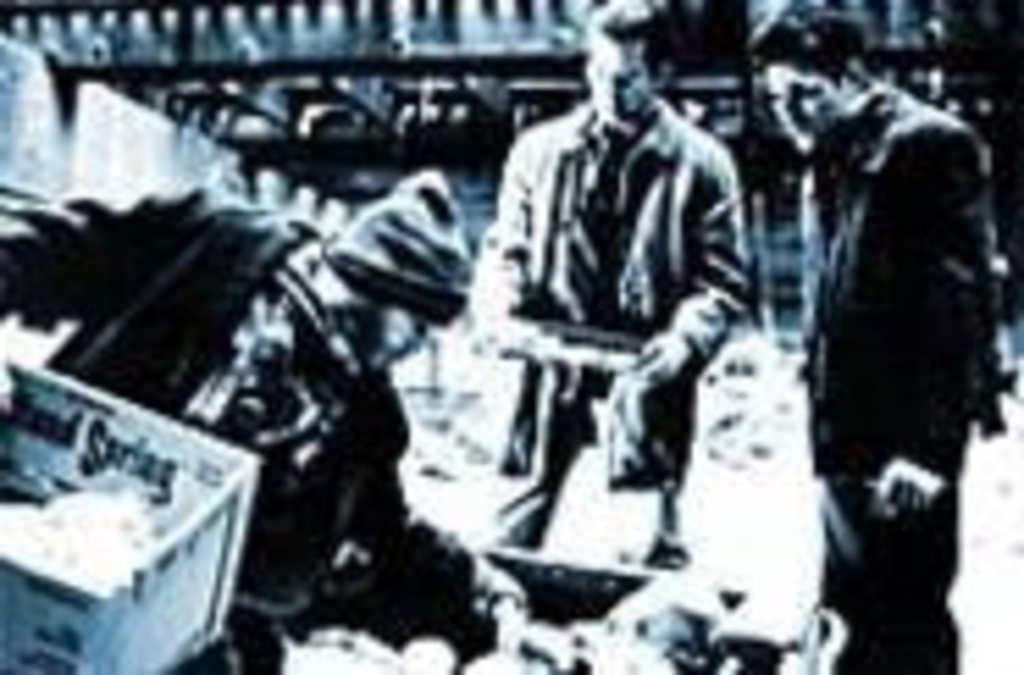 Went to Coney Island on a Mission From God … Be Back by Five is hardly a title that rolls off the tongue. But a larger barrier in the film, filmmaker Richard Schenkman’s and actor/coproducer Jon Cryer’s follow-up to The Pompatus of Love, is how its self-consciousness is at odds with its gray-to-black humor and somber purposefulness.

The film marks the first program of the 2001 Kansas City Filmmakers Jubilee calendar — a spot originally reserved for the Indy Film Underground Showcase, which was scrubbed when venue conflicts arose. Schenkman will speak at the event, and his availability further solidified the film’s inclusion in the calendar; the Jubilee brings in only films whose filmmaker also can appear.

“And having Jon Cryer associated with it provides some measure of ‘star power,'” Jubilee president Fred Andrews says. “He has made the effort to do independent film work in addition to his mainstream Hollywood and TV gigs. As we build up our organizational visibility leading up to our festival in April, having recognizable names associated with a film usually draws larger audiences.”

The film is based on a true incident in which Cryer and a chum scoured New York’s Central Park in search of a mutual friend. The rumor that the friend was homeless proved to be true. That Cryer could not persuade his downtrodden friend to do anything but take some money left the impression that became the spine of Went to Coney Island on a Mission From God … Be Back by Five.

As adolescents, Daniel (Cryer), Stan (Rick Stear) and Richie (Rafael Baez) form a bond in the concrete jungle of one of New York’s boroughs. When they’re not marveling at their female counterparts’ parts, they’re in typical boy trouble, such as shoplifting from the corner bodega. What sets them apart from the young delinquents of such movies as Goodfellas and Sleepers is that they’re not on a crash course for Riker’s Island, and their friendship partly depends on their distinct flaws. Daniel is a bespectacled nerd without the scientific savvy to back it up; Stan has a bum leg that keeps him in a brace through adolescence and in need of a cane in young adulthood; and Richie is beset with seizures and the gossip of neighborhood girls that brands him, despite his bold talk, as impotent or at least sexually troubled.

It is the airing of the latter, in fact, that creates an irreparable crack. When Daniel and Stan needle Richie about the allegations, he rightfully feels betrayed by his friends, and they take off for their twenties on separate but equally low-tech tracks. In the present, where the eponymous mission unfolds, Daniel melts silver for quick cash, and Stan works in a pizzeria, salving his emptiness with gambling, liquor and his live-in, Gabrielle (an underused Ione Skye). They glean some information that breaks up their humdrum lives: Richie, from whom they’ve remained estranged for at least a decade, is reportedly homeless and living on Coney Island. They repair to the deserted amusement park in the chill of winter with no agenda other than curiosity.

On a bleak journey mildly reminiscent of The Wizard of Oz, they meet a handful of colorful characters who in turn lead them closer to Richie. Included in the mix are Dominic Chianese (Uncle Junior on The Sopranos) as a boardwalk photographer, a gay couple in the midst of a spat, and the marginalia of a shoddy freak show. Richie’s existence is as horrible as imagined, if a bit overripe with metaphor; he’s surrounded by empty pill bottles and a collection of dolls that he repeatedly disassembles and restuffs. “A place for everything and everything in its place” is his mantra, but the predominant pathos comes from the realization that for Richie, his place is no place.

Schenkman, who wrote and directed the film, uses flashbacks throughout Daniel and Stan’s quest that don’t add much more than length to the story. One in particular, featuring a cameo performance from Rent Tony Award-winner Wilson Jermaine Heredia, reveals a clue to Richie’s downfall — the sexual inadequacies that were the bane of his youth apparently were the fumblings of a stereotypically tortured homosexual. A more resourceful Richie would have capitalized on his looks and at least forged a career as a go-go dancer; here, his orientation melodramatically creates self-immolation.

The movie is admirable for constructing a uniform tone of gloom, perfectly photographed against the crumbling locations, where the wind ripping through the deserted roller coasters sounds like “God blowing in a Coke bottle.” Attempts to add hipness in the form of pop culture references, however, fall flat. When the guys talk about the ’70s blaxploitation film Cleopatra Jones, for example, it comes off as obvious writing rather than character enhancement.

Cryer, one of the more annoying actors from the ’80s Brat Pack, is thankfully reined in here. His performance is shaded and strong, as is the work of Stear (a theater actor making his film debut), Baez and Skye. But the movie is too personal and inside to be greeted with much more than warm acknowledgment.