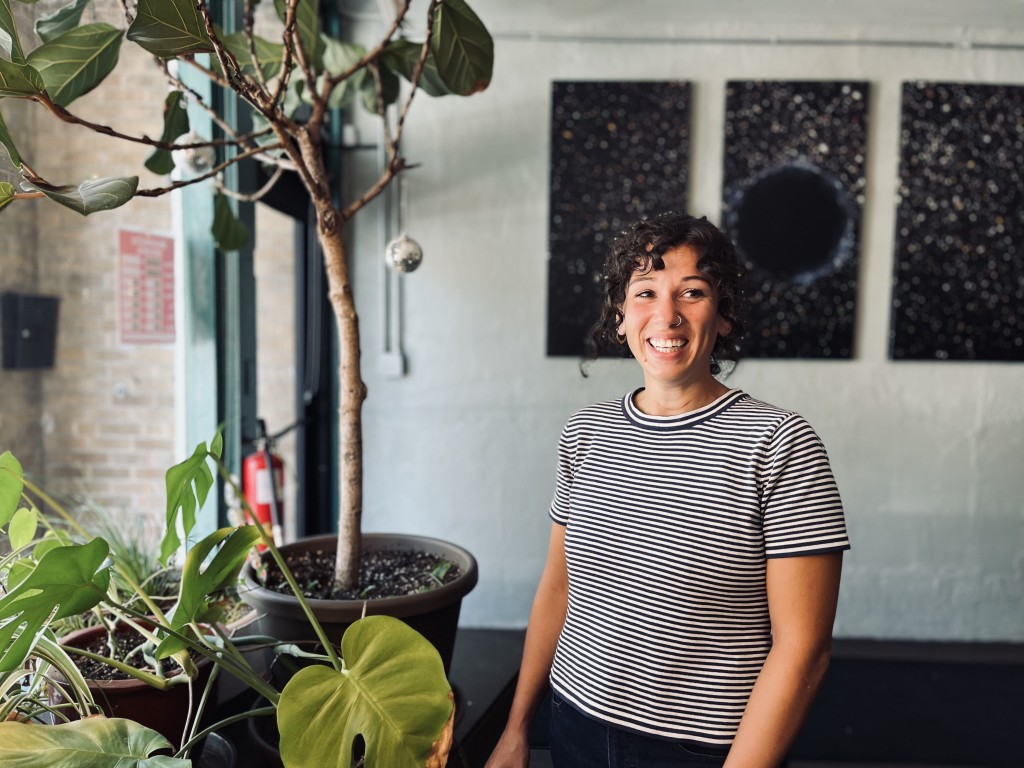 Alyssa Bailey likes gluten. And she should. She’s the pastry chef and head baker at Blackhole Bakery, best known for their interstellar mochi donuts and their brioche cinnamon rolls. We dished about the best gas station pastry, KC dream collaborations, home pantry must-haves, and beyond. Bailey is hard-working, humble, always on the lookout for her next inspo, and has her fair share of guilty pleasures.

The Pitch: Work versus home. How do you bake differently?

What are your comfort foods when you get done baking? What do you crave?

My favorite comfort food is probably Taco Bell, which is a horrible answer. I don’t go there that much, but I love it. And I love soup—matzah ball soup; it’s one of my favorites.

What is the difference between puff pastry, traditional laminated croissant dough, and phyllo dough?

Croissant dough versus puff pastry: croissant has yeast in it. The puff pastry is steam-raised. So, there’s steam in there, and it pops the layers, but there’s no actual leavening in puff pastry. It is laminated the same way with the layers of butter. Phyllo is a completely different type of dough that I’ve actually never made from scratch. They have these huge tables for stretching phyllo—you need all the special equipment. We don’t have space back there for that. I think it’s a very specific skill. Like, I think I’d have to practice.

What collaboration do you think would be magical for Blackhole, and for you, personally? Who is doing cool shit in KC?

Sura Eats. We’ve talked to Keeyoung Kim before about doing a collaboration, and it hasn’t happened yet. I would love to do something with him. I think that would be really fun. We’re like, “Hey, you know, we have lots of different types of doughs. What could we do together? With some bulgogi, or whatever, you know?” But I know he’s a really busy guy.

Where are you drawing inspiration for all of your mochi donut flavors?

I have, like, lists and lists of ideas on my phone of just different random things. We did a golden milk mochi because I went to a coffee shop, and I kept seeing it in different places, and I was like, “I could do this. Fun!” In summer, we had stone fruits, and whatever. And now we’re going into more apples and pears and cranberry. So, sometimes we’ll do a theme—one month, we did a picnic theme. So, it was all stuff that you’d have at a picnic. We just kind of pick something and go with it. Sometimes it’s really random.

Do you think that pastry is an art form? Do you feel like you make art?

Yes, I do. Sometimes, it doesn’t feel that way. When you’re doing so much, and you have so much work to do. But I think it really is, because baking is very precise. You have to make a pastry in a certain way. Otherwise, it doesn’t turn out but you can do like a million things with it. So I think that’s where the creativity is. 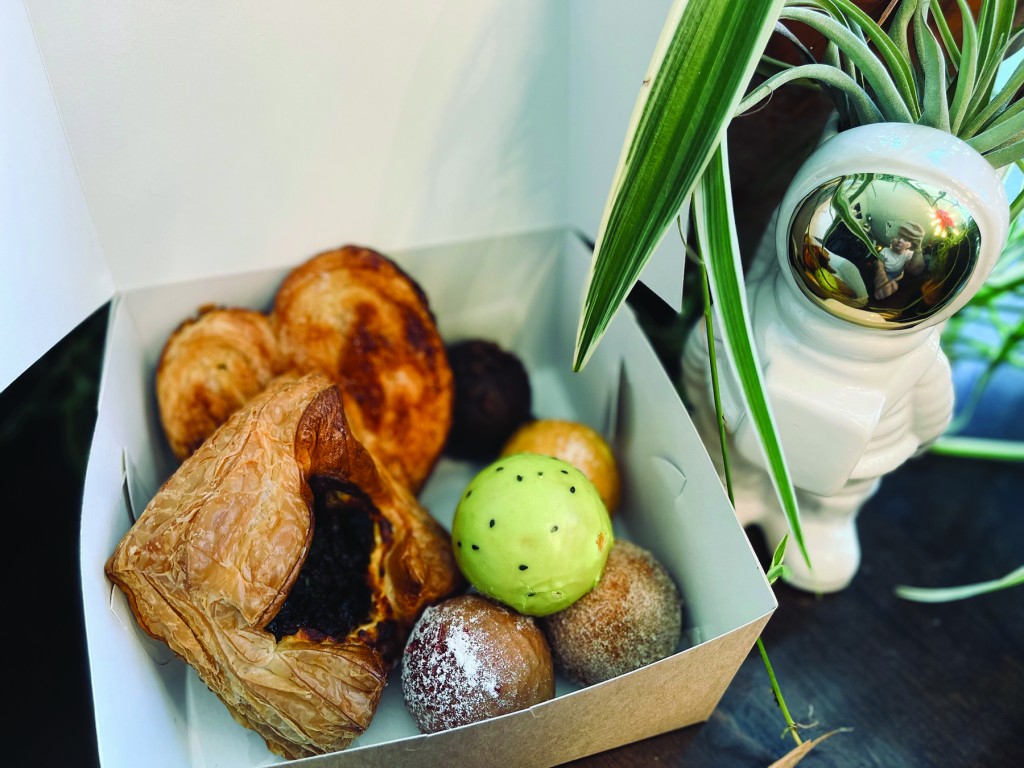 How did you get into making mochi donuts?

We had been watching tons of videos about Japanese street food, and that’s where we first heard about them a long time ago. We were like, “That looks so delicious.” I love mochi ice cream. I’ve always loved mochi, and we didn’t have anything gluten-free here, so I was like, “We should just try it and see.” And then we messed around with the recipes we found, combined a bunch of stuff, and came up with something and it turned out.

Do you find that you have a lot of customers who seek you out for your gluten-free star product?

Some people love that, I think a lot of those people are also like, can you do other gluten-free stuff? And we’re like, we’re not a gluten-free bakery. And sorry.

I really honestly don’t know much about gluten-free baking, right? I just never have gotten that much into it. Yeah. I like gluten.

What’s the best pastry at a gas station?

Oh, I think usually if I’m at a gas station, I would get a donut. Yeah, I usually get an old-fashioned.

When it comes to aesthetics, versus taste, if you had to choose and I know that’s not fair, because you make beautiful things, but what’s the most important?

I’m more salty, actually. I like salty in pastry as well.

Do you think there’s anything in pastry that is currently defining the Midwest or Kansas City?

That is a big one. I don’t know. I mean, I hear that the Midwest is really famous for cinnamon rolls. But that’s not a new thing. I don’t know. I haven’t travelled that much lately around the Midwest. I’m trying stuff everywhere I go. I was just in Florida and I was looking at all the bakeries because I always try and go to as many bakeries as I can, and I buy like $100 worth of pastries for myself, just to try stuff.

Three pantry items at home but you can’t live without?

I love grits so I have a lot of polenta. I have like a million kinds of beans! And this is awful. I probably would say I get those like French’s crunchy onions and I put them on like, everything. Salads, whatever, I sprinkle them on all the things.

An old-fashioned with French’s onions?

I would probably like that. I would eat that. That sounds great.

Can we convince people that that’s a donut?

I bet we could. I played around with an old-fashioned in our recipes before, but we don’t have space or the staff here yet. But someday I think we’d like to do that, you know?