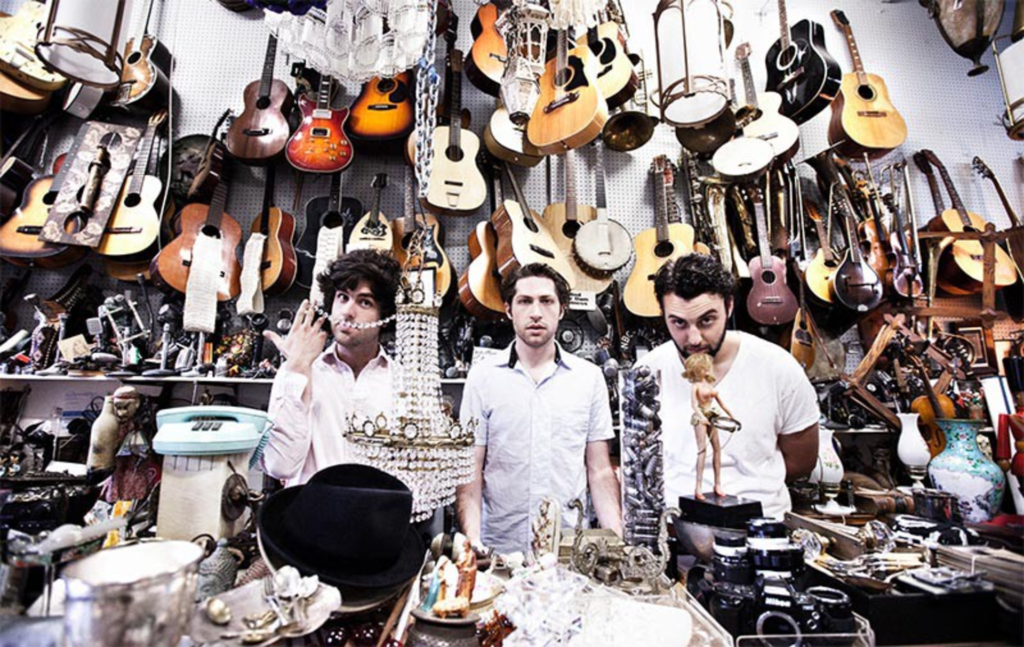 Ever wonder what would have happened if the Jesus and Mary Chain had sworn its allegiance to the Beatles rather than to the Beach Boys? Well, you don’t have to: Mini Mansions’ ’60s-inflected psych-pop answers that question. Though the Los Angeles trio doesn’t play music drenched in feedback, it shares a similar love of classic pop hooks, alluring vocal harmonies (all the members sing) and a shambling, narcotized gait. What’s remarkable is the sonic detail of the arrangements, the keyboard-driven tones that recall such Beatles tracks as “Glass Onion” and “Fixing a Hole.” One might expect something harder from Queens of the Stone Age bassist Michael Shuman, who plays drums here and shares songwriting duties with guitarist Tyler Parkford, a college buddy of bassist and keyboardist Zach Dawes, Shuman’s childhood friend. After releasing an EP in 2009, Mini Mansions followed up last month with a captivating self-titled, full-length debut, led by the ringing harmonies and Farfisa-fueled bounce of “Seven Sons.