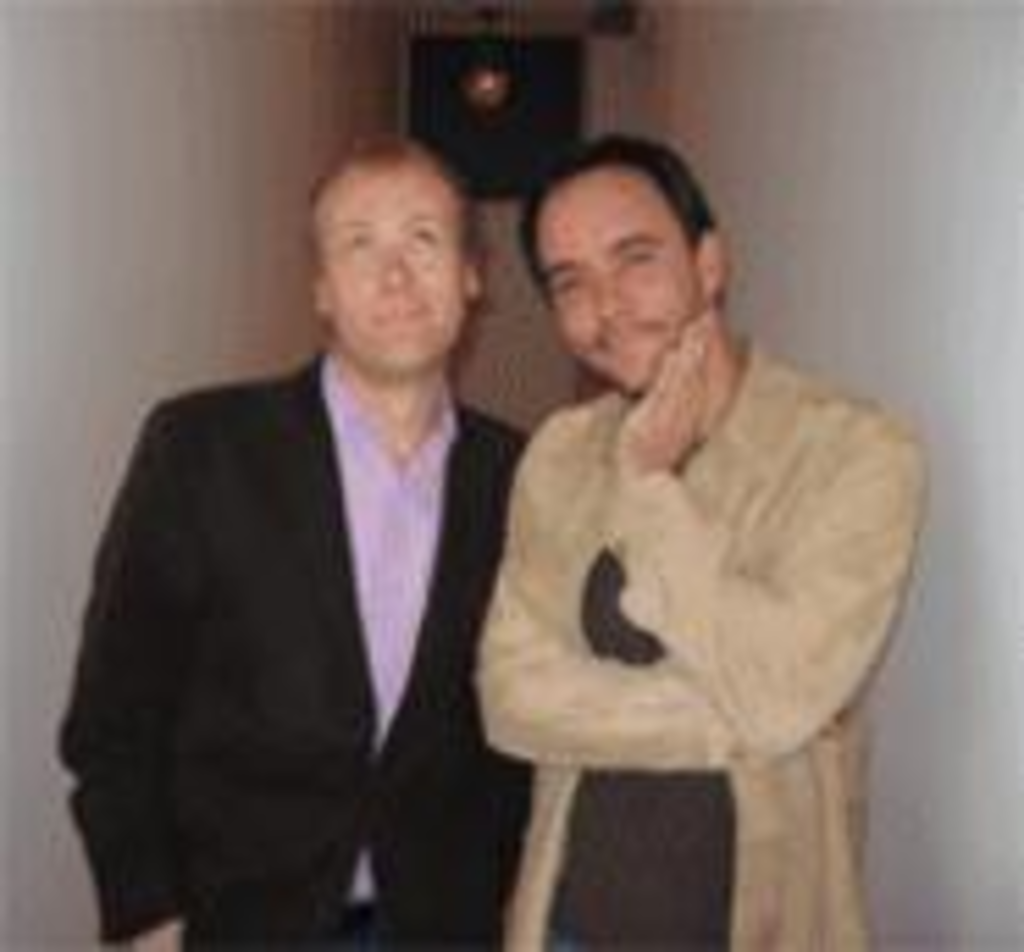 Dave Matthews is a tool — the plaintive horse-mouthed moan, the fruity woodwind and violin solos, the brainless sincerity and world awareness alongside the Forget about your problems and just spin, man! bullshit. Well, now that that’s out of the way, let’s give the man some props for his taste in music. Matthews’ ATO (are those fraternity letters?) label houses some fine songwriters (Ben Kweller, My Morning Jacket, David Gray), and one of his more recent signings is no exception. Mike Doughty (above, left, with Dave Matthews) is known to anyone who had a radio in the ’90s as the beat-poet singer of Soul Coughing. With his recent solo album, Haughty Melodic, Doughty seems less concerned with the smoky-jazz-trip-hop freakouts of his Soul Coughing days and more interested in writing earnest, straightforward, acoustic-based songs. But however direct, the songs are still hinged atop hip-hop beats and tweaked with his pop-culture obsessions (see the biting commentary on bland suburban angst, “White Lexus”) and sardonic wit — he’s written possibly the only ode to “busting up a Starbucks” that could actually get customers’ heads nodding while they order Frappuccinos.