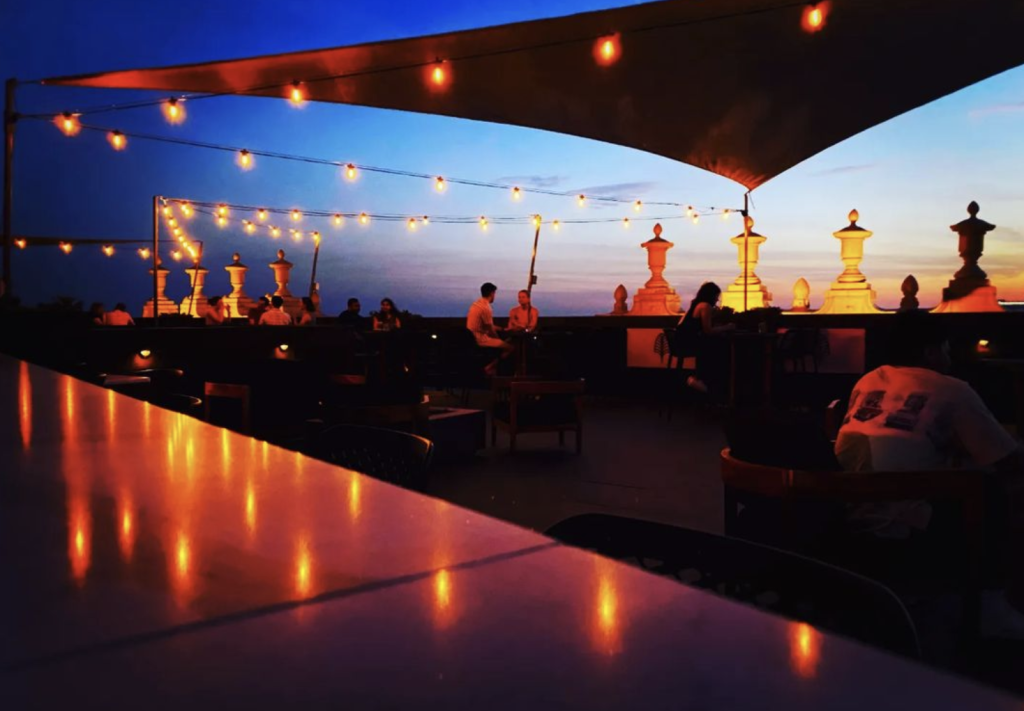 Midtowners seeking rooftop cocktails and octopus carpaccio now have one fewer destination. Canary, an upscale American restaurant near 38th and Main, closed last Tuesday after a change in ownership led to a massive staff walkout.

Former owners Keely Edgington and Beau Williams, who also run Julep in Westport, opened Canary in January 2021 in the Netherland, a historic 10-story building at 3835 Main. They ended their relationship with the restaurant in August. (Reached by phone, Edgington confirmed her and Williams’ departure but declined to comment on the circumstances.)

Chef Mark Dandurand tells The Pitch he opened the restaurant with them—and walked out with the rest of his staff last Tuesday. “I think I signed on with Keely and Beau and started recipe testing in September of 2020. And when the new investors came on there, it seemed that their ideas and objectives were not in line with what I had spent two years working on.”

Although both Dandurand and Edgington declined to comment on who those new investors were, the Netherland is owned by Exact Partners, a local development firm led by Ilan Salzberg.

Dandurand says he hadn’t planned on Tuesday being his last day. It was only while talking through the building owners’ plans to his team—plans that he says would have left diners in the dark about the reason for Canary’s closure— that he realized he couldn’t go through with it.

“It sounded like they wanted Canary to go quietly in a way that it looked like Canary just couldn’t make it, which was not the case,” Dandurand said. “The reason that it closed is because there were no staff to work there.”

Dandurand decided to walk out. He wasn’t alone. All of the restaurant’s 20-some staff members—bartenders, servers, cooks—left with him.

It’s not yet clear what Exact Partners plans to do with the restaurant. In an email to The Pitch, Lauren Jensen, Exact Partners’ Director of Strategy, stated that the firm was still “wrapping up the details” on their future plans. “Regarding Canary, we’re sad to see it close,” Jensen added. “It was a fantastic concept.”

It’s not clear what Dandurand is going to do next, either. But he emphasizes that he doesn’t blame Edgington and Williams for the restaurant’s truncated ending.

“This has nothing to do with them and how we operated and how we worked as a team. It’s not a situation where they bailed on us. They made a decision to step away and new people were brought in,” he says.

That sentiment seems to be shared among the rest of Canary’s staff. Edgington told The Pitch that four of the employees who resigned from Canary have already been hired at Julep.