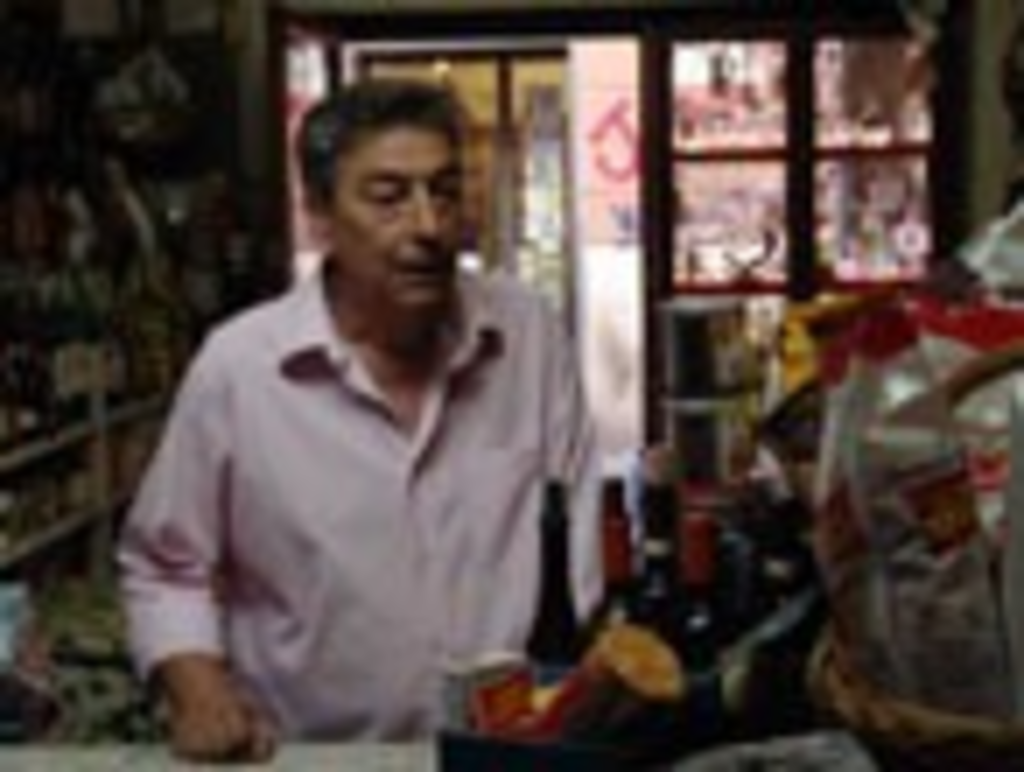 Amiably self-deprecating to a fault, the semi-autobiographical Mid-August Lunch features writer and director Gianni Di Gregorio as Gianni, an aging slacker who cares for his demanding mother (Valeria de Franciscis) in their decrepit Rome apartment. Forced to take in several other matriarchs in order to win a reprieve on his overdue rent, Gianni wakes up to a functioning community of vibrant women (all gallantly played by nonprofessionals), whose preference for fun over balanced cholesterol levels provides whatever charm can be wrung from this desultory slice of life. By contrast, Gianni is a pale ghost of a man who desires nothing and does little more than rustle up dainty dishes, drink white wine by the liter and, in a coda you can see coming from Scene 1, whirl the randy old gals around in a valedictory living-room dance. Of all the ritzy festival awards that this slight comedy of manners has won (including Best First Film at Venice), it rates at least Bologna’s Golden Snail Award for Best Food Feature.